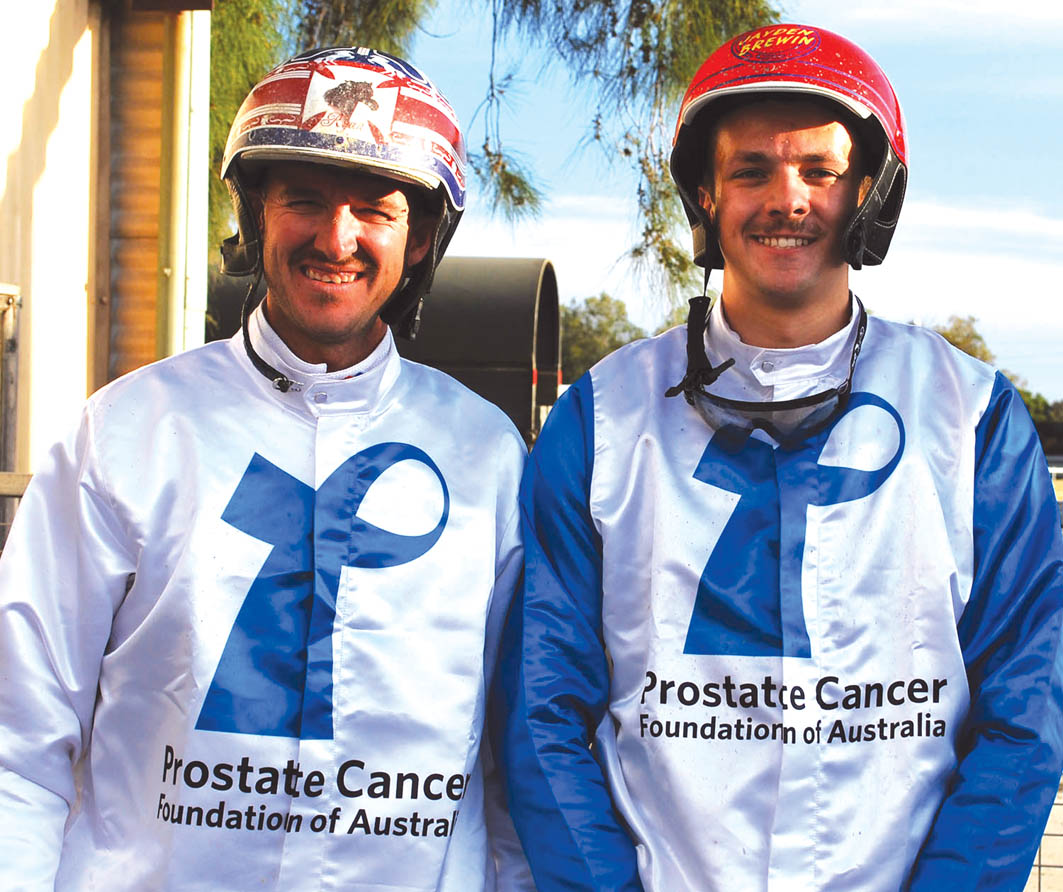 Stars shining for great cause

LEADING South Australian horseman Ryan Hryhorec is doing his part for the ‘Movember month movement’ but admits maintaining a moustache is difficult. Drivers throughout...

LEADING South Australian horseman Ryan Hryhorec is doing his part for the ‘Movember month movement’ but admits maintaining a moustache is difficult.

Drivers throughout Australia are sporting extra hair above the lip as a result of Victorian trainer Robbie O’Connell “rallying the troops” for the National Prostate Foundation.

Following discussions with numerous horsemen during the past 12 months, O’Connell was overcome with a desire to raise awareness for a silent killer among Australian men.

Claiming almost 10 blokes a day, prostate cancer is the most diagnosed cancer in Aussie fellas.

Prostate cancer develops when abnormal cells in the prostate gland grow quicker than in a normal prostate, forming a malignant tumour and is the most common cancer diagnosed in Australia.

Yet publicity for the dreaded infliction is close to non-existent.

As such, O’Connell has called on harness racing to become a leader in raising awareness and much-needed funds for prostate cancer research and treatment.

Numerous SA drivers are part of the ‘moustache mob’, with Hryhorec setting a cracking pace in the Prostate Foundation racing colours at Globe Derby during the weekend.

“It gets pretty itchy and annoying, but it’s for a great cause,” Hryhorec said. “Putting up with a bit of scratching and annoyance is the least we can do to raise awareness for the cause and knowing what so many blokes are going through.”

Hryhorec trains the first two, with the latter prepared by Aaron Bain.