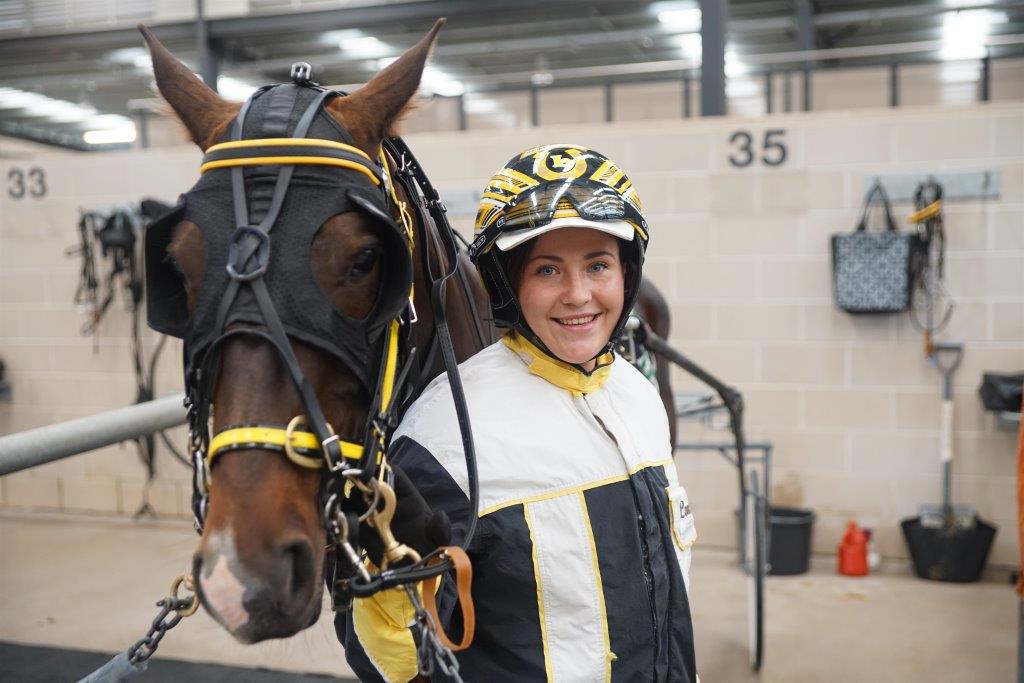 Marika Springfield1 Steph Lippiatt2
NOW here’s an exciting, if somewhat ‘controversial’ way to finish any day. Yet up and coming young reinswoman Steph Lippiatt would not have it...

NOW here’s an exciting, if somewhat ‘controversial’ way to finish any day.

Yet up and coming young reinswoman Steph Lippiatt would not have it any other way.

And the Menangle mother of two capped another stellar day at the track when she trained her first winner at the ‘place of pace’ on Tuesday afternoon with three-year-old filly Marika Springfield scoring at the amazing odds of $41, driven by Steph’s long-time partner David Morris.

And Steph capped off the memorable day a little later by hopping in the bike and scoring a great win with Controversial . . . one of her favourite pacers.

“I was pretty ecstatic, for sure,” said Lippiatt.

“Marika Springfield’s owner James Kennedy, was preparing her for the Golden Easter Egg but with all the Corona virus restrictions going on he couldn’t bring her down so he sent her down to David and I to train.”

So why didn’t Steph take the ‘pilot’s seat’ herself for the filly’s first Menangle success?

“I didn’t want to have to blame the driver if we were beaten,” she grinned.

“I am quite happy for Davey to drive her: he is a great driver and he drove her perfectly yesterday.

“The only advice I gave him was not to get caught in the death seat.

“That brought her undone in the Golden Easter Egg as it didn’t suit her.”

Lippiatt said she felt Marika Springfield could certainly run a good race, but wasn’t sure that would be good enough to win.

“She had been working well during the week and we changed a little bit of gear on her and that seemed to make the difference,” she said.

“She just gave me a good feeling during the week, but that was a pretty tough field she beat yesterday.

“We did have some luck with the favourite galloping early and the others taking each other on a bit during the race, so it worked out perfectly for us.”

Lippiatt describes the filly as a ‘beautiful little darling’.

“I have her and two others that I’m training now,” she said.

“I try to get Davey to drive them if he can and I do prefer him to be aboard, but if they need to drop back I am happy to jump on.”

Lippiatt said she was still learning her trade and every time she went around she felt she was learning something.

“And Davey has done a good job teaching me what I know so far,” she said.

Lippiatt laughs when I suggested she had become synonymous with showing plenty of patience when she makes her runs at Menangle.

“The funny thing is, I don’t show a lot of patience in life, but I seem to be able to find some when I’m on the racetrack,” she said.

“I get impatient quite quickly, as Davey will tell you.

“We’ve been together nine years this year and plan to get married next year.

Steph has won a few races with Controversial, six, in fact, and loves the Dennis Upton-trained pacer.

“He’s a good old boy, he’s my trusty and faithful drive and if I am having a bad week and I know I am driving him I always know my week is going to get better,” she said.

“He tries with every inch of his body, that bloke.

“I didn’t win by much but when Dennis asked me what I was going to do today I said simply ‘we’ll be winning’.

“I just knew we would [win] and I was glad to be right.

“He loves the 2300m, I knew there would be some speed on early and the horse he was following, Ideal Warrior turned out to be the perfect horse to pull us into the race.

Lippiatt hasn’t set any lofty goals for the season, she simply wants to continue her improvement, continue to be patient and take the breaks when they come.

“The horses that I drive there are normally at double figure odds and apart from Controversial, who likes to launch his claims out wide, the rest of them you cannot really come too wide as often they just aren’t strong enough.

“You have to be patient and if the runs come, they come and if not, well, they’re on again next week.”

Steph and David’s eldest son Riley is about to celebrate his fifth birthday – and is already a trotting nut.

“We cannot get him away from it,” she laughs.

“He’s absolutely fuming about this Covet-19 as he cannot start in the mini trots.

“After Covet-19 he says we won’t be getting him out of the gig, he just loves it so much.”

Lippiatt is loving harness racing at the moment and even says she’d prefer it if David got a few more opportunities, but all the winnings finish under the same roof.

“As long as we can pay the bills and we need it all for the wedding next year.”

Still only 25, Lippiatt said her and David may have done a few things ‘back to front’, but their lives are on the right track now – and that’s all that matters. 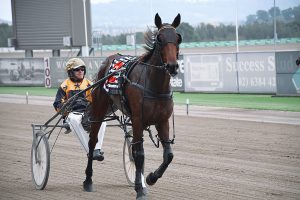 The story behind THAT famous photo!
About author