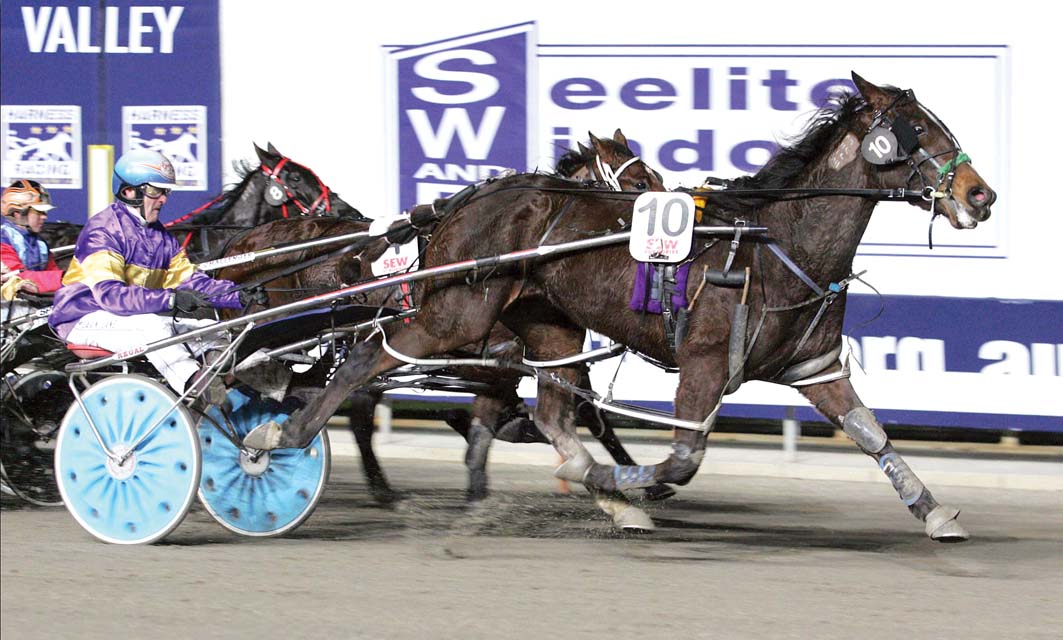 Stepping out of mum’s shadow

SHE’S a late bloomer, but well-bred youngster Sheza Bettormak gives every indication she can step out of her dam’s shadow. By Bettors Delight, the...

SHE’S a late bloomer, but well-bred youngster Sheza Bettormak gives every indication she can step out of her dam’s shadow.

By Bettors Delight, the three-year-old is from multiple Group One winner, Shez Ryleymak, which was retired with 23 wins and 16 placings from 50 starts.

Successful upon debut at Launceston a fortnight ago, Sheza Bettormak is scheduled to return to the same venue on Wednesday night.

Although the filly has drawn the inside of the back row, trainer Rohan Hillier is confident Sheza Bettormak will be hard to beat.

“Having that first run has switched her on a fair bit,” Hillier said. “Her track work is 50 metres better than what it was beforehand.

“The last fortnight has really changed my opinion of her.

“As long as takes it t the track, which I’m pretty sure she will, she’s going to be right in it.”

With no major plans in mind for her, Hillier is likely to send Sheza Bettormak for a spell if she is victorious during her pending assignment.

“I’m hoping to win her second three-year-old then tip her out,” Hillier said. “She has improved so much this time in, and with a good break, I expect her to come back a lot better next time.”

In other news from the Hillier stable, Sheza Bettormak’s talented half-brother, Ryley Major, is progressing well along the comeback trail.

Boasting 10 wins and four placings from 15 starts, Ryley Major has been on the sidelines for two years with tendon troubles.

“He is coming along slowly, but steadily,” Hillier said. “I gave him plenty of time off, then when I first brought him back in I wasn’t quite happy with him.

“At this stage all is going well and I’m looking at an October return with him.”

Look out fellas – the Queen is back
Bajada disqualified and fined on multiple charges
Trainer’s sacrifice to limit travel footprin...
Kiwi’s perfect start to Aussie campaign
About author