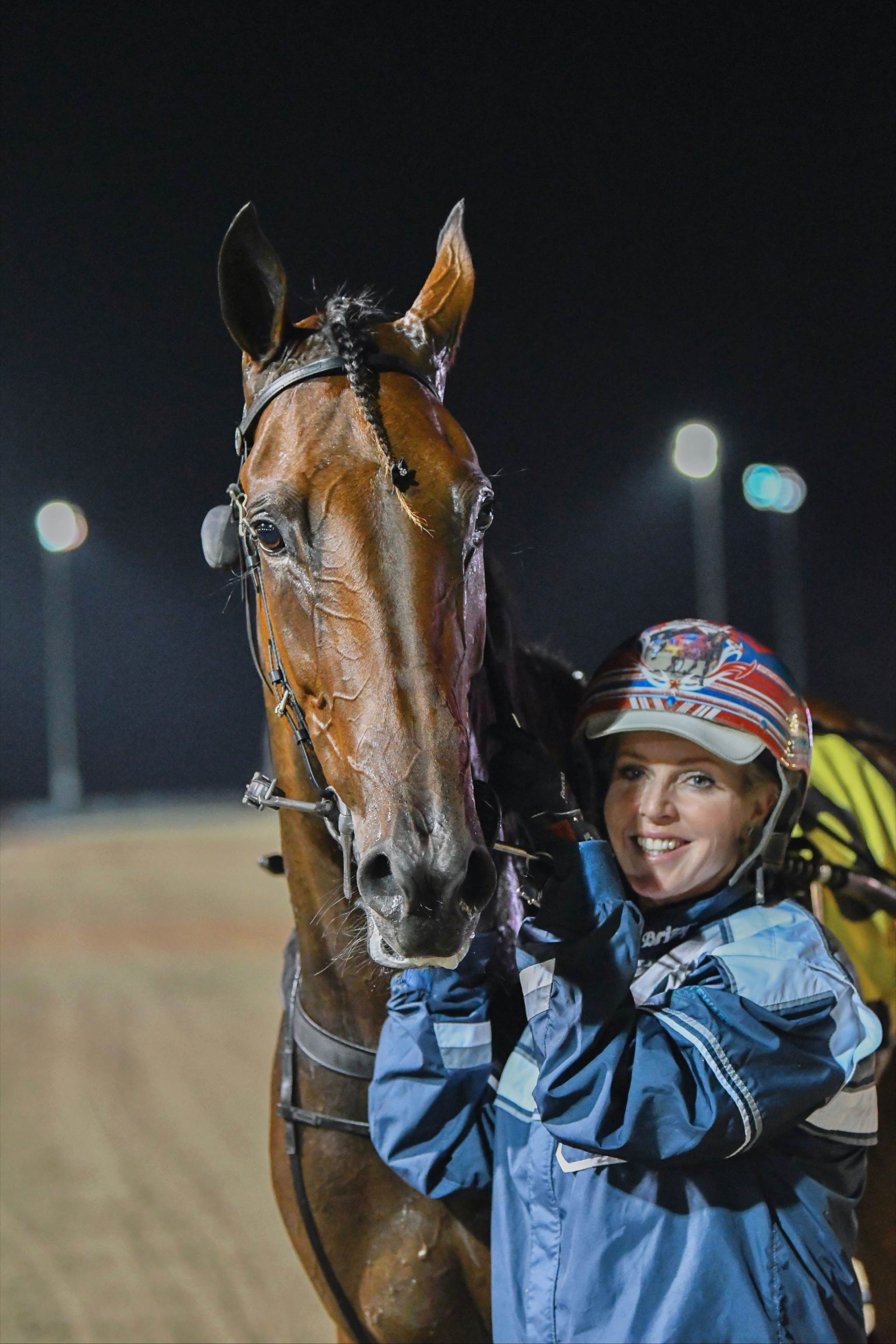 Stewart, Gath bag another feature on a stellar night

IS there anything trainer Emma Stewart and gun driver Kate Gath cannot do? Stewart dominated the heats of the NSW Oaks, winning all three...

IS there anything trainer Emma Stewart and gun driver Kate Gath cannot do?

Stewart dominated the heats of the NSW Oaks, winning all three earlier in the night, with Gath winning one of them for her with Tough Tilly.

The pair were back in the winners’ circle again when they captured one of the night’s major features, winning the $50,000 Group 2 Robin Dundee Stakes with another of Stewart’s stable stars Maajida.

It was something of an upset as Belinda and Luke McCarthy’s star mare Bettor Enforce was sent out an odds-on favourite in the 1609m dash but Maajida and Gath dictated terms to score an amazing win in a slick 1:50.2 mile rate.

The surprises were on right from the start of this race when Queenslander Justalittle Torque shot out of the gate from nine and showed any amount of speed to find the front in a quick sprint-off with Maajida, who drew a lot better in five.

But Gath would have none of that and no sooner had Leonard Cain settled his charge in front when Gath took her on again and found the front where she could dictate terms with opening splits of 26.5 and 28.2 seconds.

In the meantime Luke McCarthy had a quick ‘look’ for the front with Bettor Enforce before Gath showed she would have none of that and held the front.

Rocknroll Angel (Cameron Hart) then appeared on the scene three wide and McCarthy had little choice but to drop back into a one-one trail hoping for a final crack at them in the straight.

Yet that was about as close as Bettor Enforce was able to get to them as Maajida held them all off in the run home with a last half of 55.6 seconds (27.5, 28.1) to score by a half head from Rocknroll Angel with Miss McGonagall third and Bettor Enforce a close fourth which was enough to get her through to next week’s Ladyship Mile, where she will again have a crack at the three placegetters.