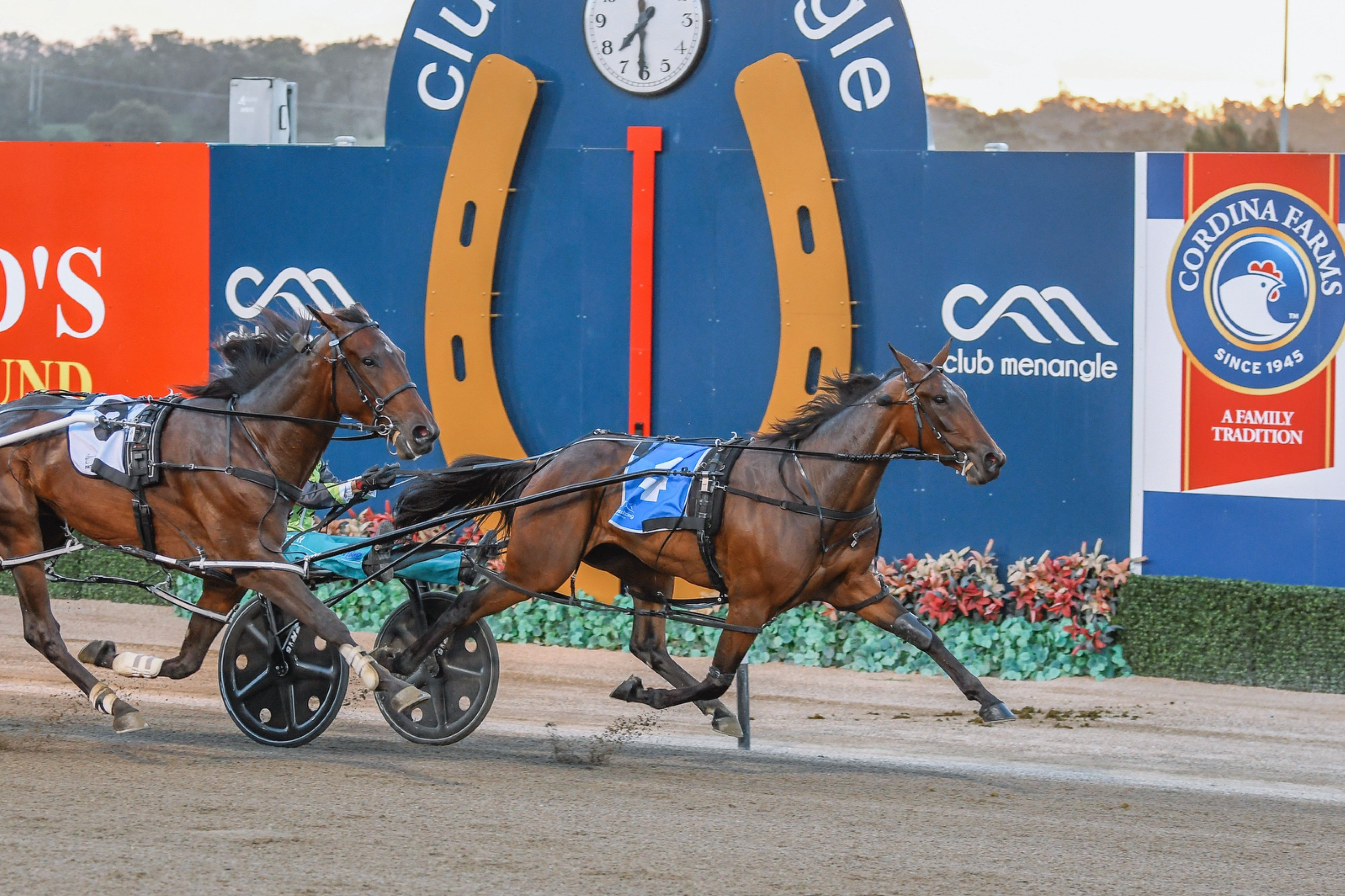 Incredibly, Stewart won all three heats and qualified all five of her fillies for next weekend’s $200,000 final.

Tough Tilly, Joanna and Beach Music were the undoubted stars, winning their heats with impressive efforts.

Stewart shared the riches around too with Kate Gath, Amanda Turnbull and David Moran the winning drivers, giving all three the opportunity to win next week’s feature for a stable that has dominated Victorian harness racing in recent years.

Kate Gath was quick to indicate her intentions to control the race from the front and Tough Tilly did the rest.

When the star Victorian youngster was able to get away with a 31.9s opening split of her final mile, Gath looked to have something in hand in the straight as Tough Tilly held off Chrissy Chic and the fast-finishing Rogue Wave, who was the only runner to make ground from back in the field.

“She had a bit of a look around which isn’t something she normally does, but once she knuckled down in the straight she got to the line well,” said Gath.

“It’s such a big track here at Menangle it often takes the Victorian horses a run or two to adapt but this was the perfect hit-out for next week and she did the job well.”

Turnbull wasted no time surging to the front and the classy filly did enough to win.

It was not dis-similar to the first heat as they dawdled through the middle half before surging home in a 1:55.2 mile rate with the last quarters in 27.2 and 27 seconds as Joanna held off a gutsy stablemate in Platinum Sparkle with Prestige Stride third after settling behind her on the pegs and appeared to have every chance to run her down in the straight.

“I didn’t want to go too slow because I know how tough she is,” said Turnbull after the win.

“She was good out of the gate tonight and she was never going to let that other horse get past her in the straight.

“She never wants to do too much on her own and she’ll improve on that next week.”

The third heat saw Moran cement Stewart’s stranglehold on the Oaks final when Beach Music held off a gallant Anntonia, who raced without cover the entire journey and held on well for second, with Arma Renegade third in a 1:55.4 mile rate.

“I think the trip suited her down to the ground and when she got the lead back she was able to dictate terms, which was perfect.

“This horse has been racing against some of the best fillies, like Tough Tilly and down the track she is showing the benefit of that.”

The final field for the NSW Oaks is: