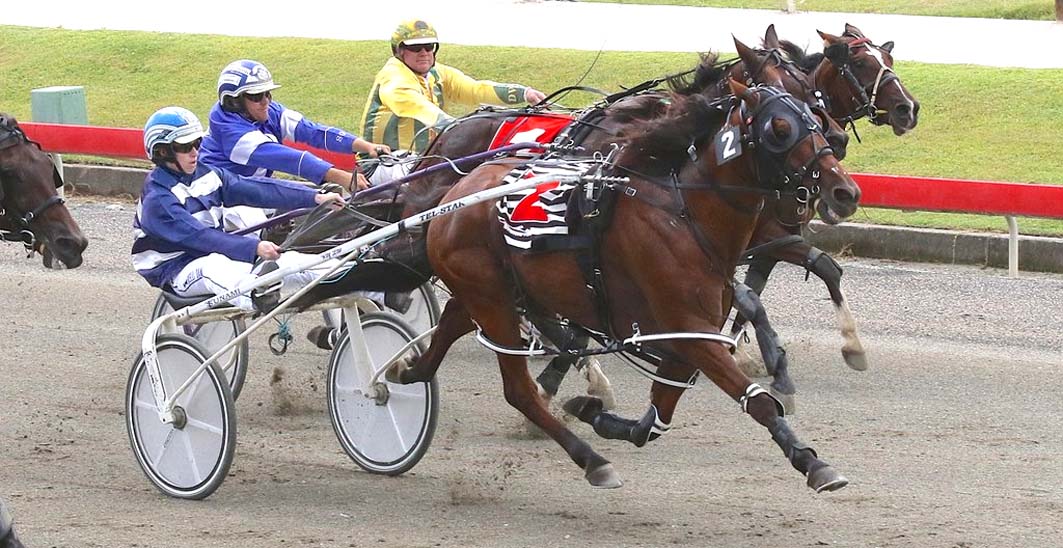 Destreos1 Hobart4 Tasmania10
PACING marvel Destreos will be looking to add another chapter to his amazing career when he competes at Hobart on Sunday night. In what...

PACING marvel Destreos will be looking to add another chapter to his amazing career when he competes at Hobart on Sunday night.

In what will be his 436th start, the 14-year-old is chasing his first Tasmanian victory.

Successful at seven of his 13 outings in New Zealand before being sent to Australia, Destreos has been restricted to predominantly Queensland racing, with the exception of a few of New South Wales trips.

With his trainer Ken Rattray recently moving back to the Apple Isle after 25 years in the Sunshine State, Destreos is searching for his maiden win in his new home.

The son of Astreos made his local debut a fortnight ago, finishing second from a 30-metre handicap.

Facing the same mark this weekend, the gelding is primed to “go one better” according to Rattray.

“He is going well and I’m very happy with him,” Rattray said. “He was off 30 when he ran second and it was a super run.

“It’s a smaller field this time, so not as many to get around, and he will be fitter as well.

“Having Devendra in the field makes it hard, but he will go close.”

With Destreos still racing solidly – having won at his Queensland farewell – Rattray has no plans of retiring the veteran.

“He just takes everything in his stride, including the move down to Tasmania,” Rattray said. “He loves being in work and racing.

“As long as he is enjoying it, he will keep going. There is a free-for-all in Launceston over a mile next, then Australian Drivers’ Championship on the 28th has a free-for-all as well, so I will put him in that also.”

Inter the main aim
One down one to go
NEWS just keeps getting better for ‘purists’.
Greybeard going strong
About author