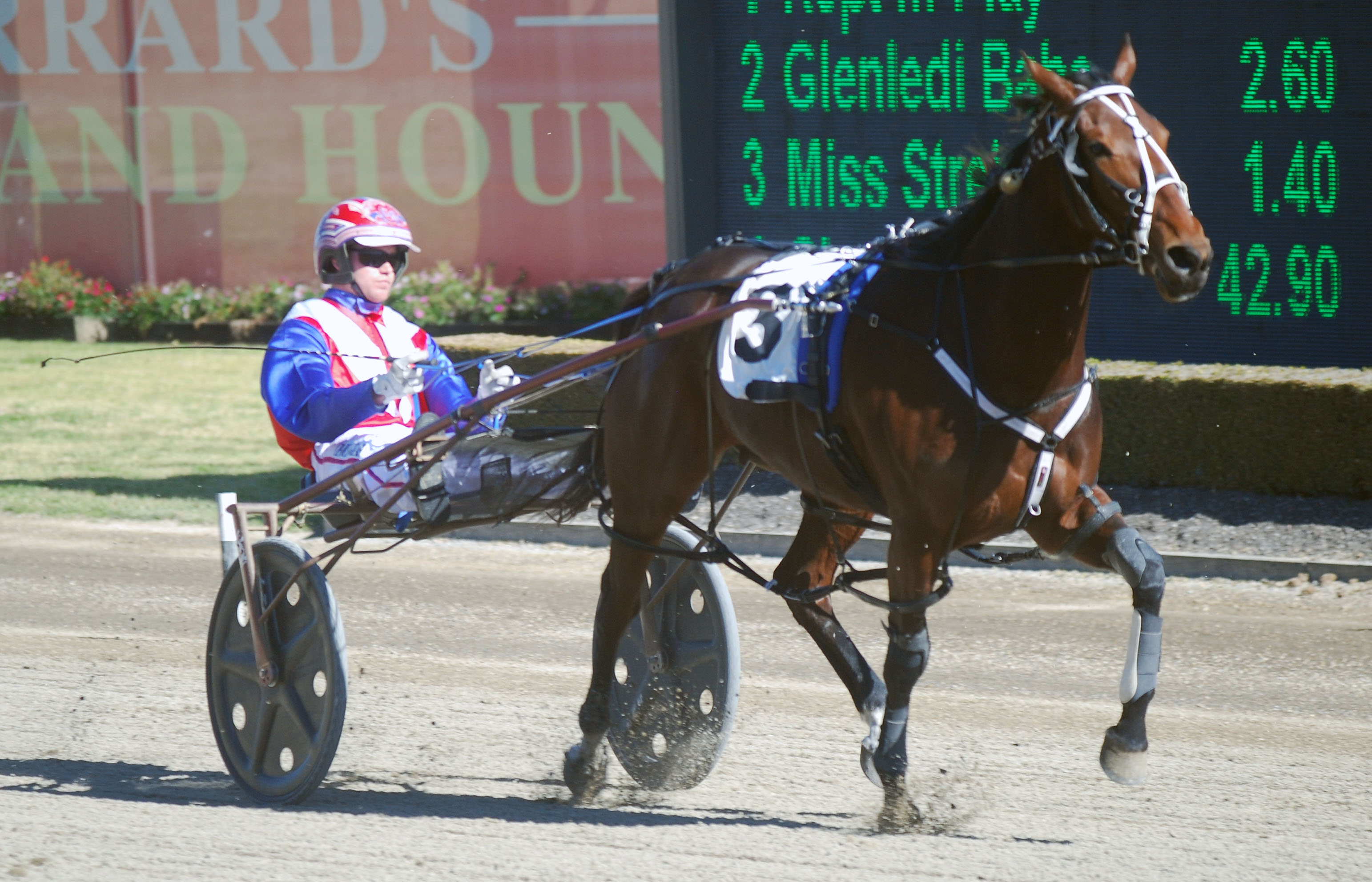 Miss Streisand should be ready for a first-up win at Menangle today.

Streisand in tune for return to racing

Miss Streisand2
PUNTERS are getting used to big-name Sydney stables like Craig Cross, KerryAnn Turner and Anthony Butt dominating Menangle’s Tuesday meetings. Yet two of the...

Yet two of the Hunter Valley’s well-known stables will hit the south-western Sydney circuit today hoping to steal a couple of the day’s features.

Roy Roots junior will bring his stable star Miss Streisand to town where she resumes from a six-month spell to chase her 10th win by contesting Race 6, the Ainsworth Game Technology Ladyship Pace.

Promising young reinsman Tom Ison will resume a successful association with Miss Streisand as he has won two races on the exciting daughter of A Rocknroll Dance.

Another top-flight young reinsman Chris Geary drove Miss Streisand in several features last season but as he is now domiciled in Queensland, Ison gets his chance to resume their partnership.

Roots has given Miss Streisand plenty of time to mature and brought her down from his Central Mangrove stables two weeks ago where the four-year-old mare signalled she was ready with an impressive seven-metre trial win in a slick 1:54.1 with Ison in the sulky.

With an awkward draw in gate seven, Miss Streisand will need to be close to her best to overcome a strong field which includes last-start winners Lilymadimac, Jenden Strike, Crystal Stride and Fairy Tinkabell, as well as promising pacers like Miss Halfpenny, Katamach and Jewels Stride.

The other Hunter stable looking to register a win at Menangle today will be the Maitland stables of Darren Elder.

He will have two starters taking on Jarrod Alchin’s talented youngster Tingiringi ($1.33 favourite) in Race 1, a three-year-old fillies’ heat of the Kevin and Kay Seymour Evolution Series.

Gun reinsman Luke McCarthy has picked up the ‘catch’ drive on Juslikeroyalty ($10), an impressive daughter of US stallion Pet Rock, who has been putting together a consistent record around the provincials.

Yet it may be a pointer to her stablemate Shezlikeroyalty’s prospects that stable reinsman Brad Elder has chosen to drive that consistent filly, who has the better draw of the pair in gate four, with Juslikeroyalty originally drawn in gate eight but now into four with four scratchings in the race.

Shezlikeroyalty ran an eye-catching second in a trial at Newcastle recently and has a win and six placings from just nine starts and is likely to start favourite over today’s 1609m journey.

Streisand to come out humming
About author