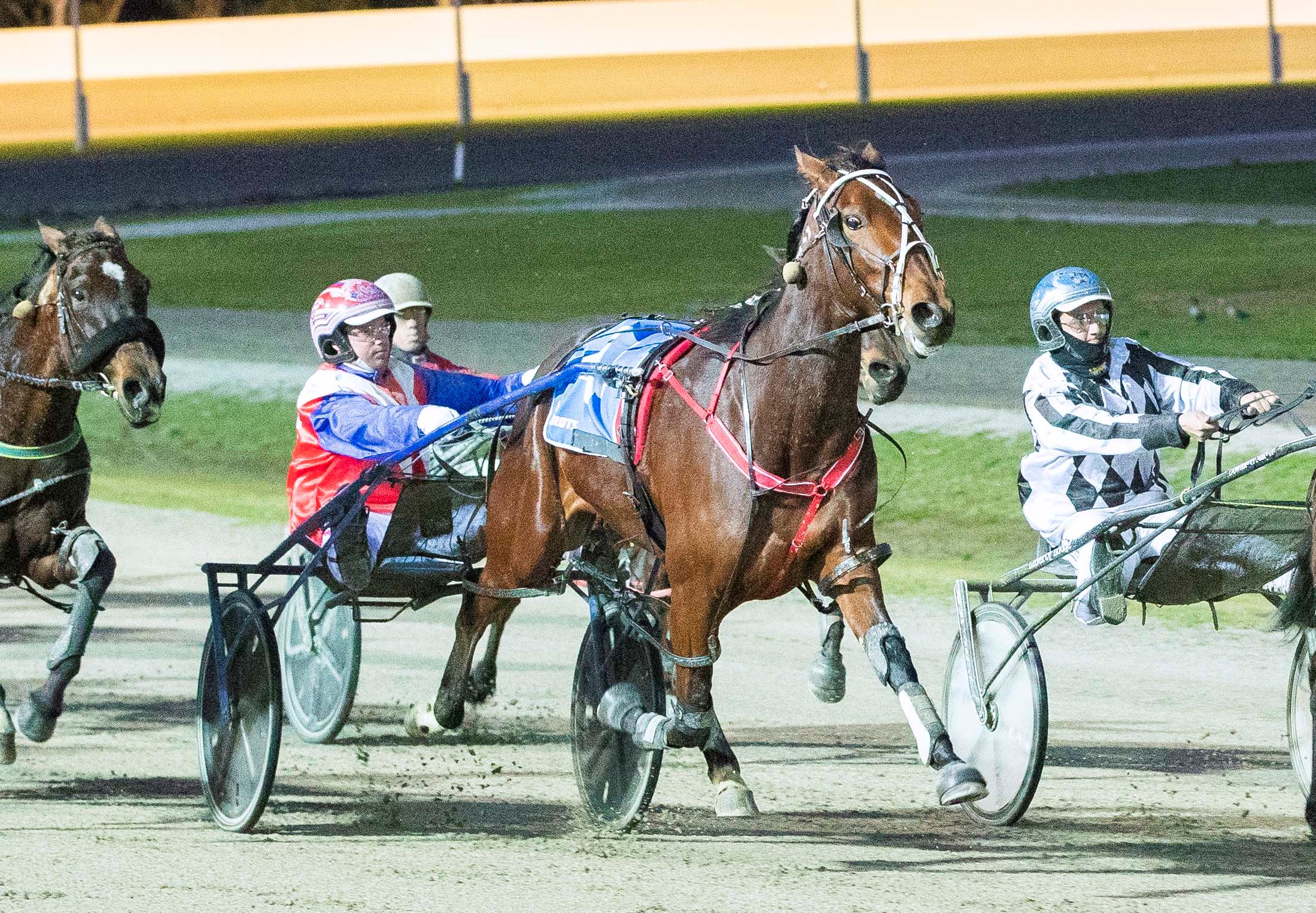 Streisand to come out humming

Miss Streisand2
SHE is widely regarded as one of the best mares in the state. And despite a minor training setback, which might have cost her...

SHE is widely regarded as one of the best mares in the state.

And despite a minor training setback, which might have cost her a shot at taking on ace Kiwi mare Our Princess Tiffany in last weekend’s Group Two Robin Dundee Stakes, Miss Streisand will come out ‘singing’ at Tabcorp Park Menangle this afternoon.

The classy mare’s trainer, Roy Roots junior, says he now has Miss Streisand back ‘on song’ and she should make up for missing last weekend’s feature by accounting for a handy field of mares at the south-western Sydney circuit.

It’s been a busy few weeks for Roots as he has been putting the finishing touches to an 850m training track at his Central Mangrove stables.

Yet Miss Streisand, scratched from a race the previous week, showed she was ready to show her talent with a close second in a trial at Menangle last week.

While Roots was hoping she would earn herself a start in the Robin Dundee feature, he quickly set about on Plan B and will push on and hope for a start in a listed mares’ race on Miracle Mile night at Menangle in a couple of weeks.

“Bear in mind she has been working with horses like The Black Prince,” said Roots junior.

“She keeps up with them pretty well too.

“We’ll probably push on and take her to Queensland for their carnival after the Sydney carnival is over.”

Roots also has another of his stable stars, Pitch Perfect, in at Menangle following a first-up eighth in a hot field behind Hurricane Harley in the Group 2 Paleface Adios Stakes a couple of weeks ago.

“We had to give him a few days off after he kicked a box and had a bit of bruising on one of his legs.

“So we decided not to rush him, and I was pretty happy with his run at Menangle the other night when he had to sit outside Hurricane Harley and he finished up being beaten by about 16 metres.

“That was after we had trialled him at Newcastle and he went 1:54.1.

“I’m happy with the way he has gone along since then and I really expect him to be in the finish at Menangle [today].”

Roots junior also has a high opinion of his stable’s driver Tom Ison and has entrusted him with both important drives at Menangle today.

“Tom has a cool head and he’ll make it as reinsman . . . he has the talent, and the patience, required to succeed,” said Roots.

Streisand in tune for return to racing
About author