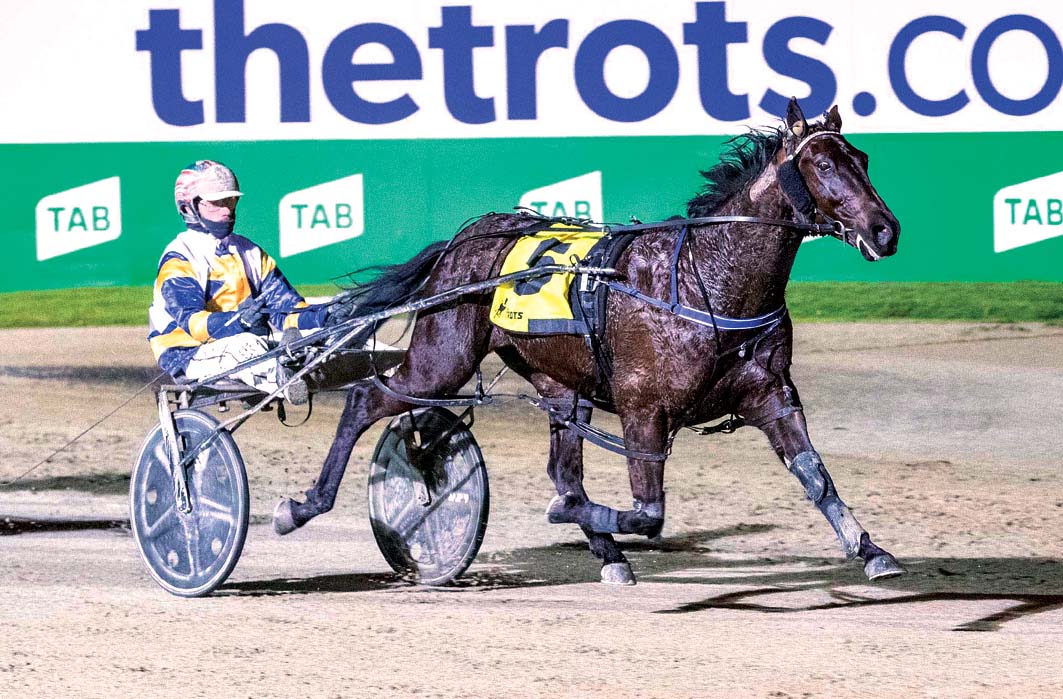 IN-FORM pacer Code Black will attempt to strengthen his stance as Victoria’s Country Cups King on Saturday night. Triumphant in the Maryborough and Yarra...

Impressed with the gelding’s performances, trainer Emma Stewart is confident Code Black can add another provincial feature to his tally irrespective of his draw.

Despite the widespread belief within the industry that Group races should be random barrier draws, the $60,000 event is a preferential draw on national rating, which will see the son of Bettors Delight begin from the outside of the second row.

“The draw isn’t the best, but we expected him to be out there given his points,” Stewart said.

“It’s only a small field of nine so no matter where he settles he won’t be far off the pace.

“As long as he can get a clear run at them he will be right in the finish.”

Stewart will also be represented by Phoenix Prince and Tam Major, with the pair also faring poorly in the draw.

A last start winner at Tabcorp Park Melton, Phoenix Prince will begin from the outside of the front line.

Tam Major, which finished third in the recent Swan Hill Cup, will join Code Black as the only other runner along the second row.

“The draw hasn’t helped any of them, but they are capable of overcoming it,” Stewart said.

“Each of them can win if the run comes their way, so it’s a matter of which one gets the luck.

“It’s a handy field with some of the stronger chances drawn well.

“Jilliby Chevy has drawn a little awkward in six, but he’s the main danger.”