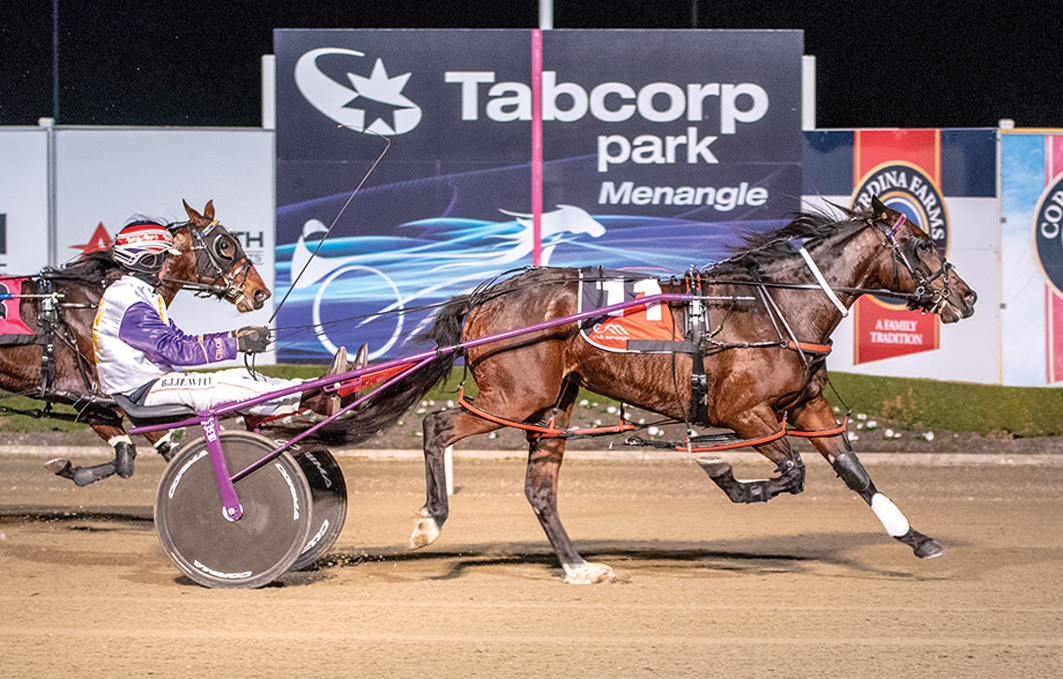 Having already captured five editions of the Alabar-sponsored Group Twos, Hewitt won three of the four on offer this weekend.

Hewitt’s treble also included the quinella in the Three-Year-Old Colts’ and Geldings’ decider.

“I’ve had a bit of luck in those races and I was thrilled for it to continue again this year,” Hewitt said. “The good run has to stop at some stage, but I’m thrilled it wasn’t last night.

“I felt I had a few solid chances and it all worked out well.”

Write About Lexy got the ball rolling in the Two-Year-Old Fillies’ Final when she easily accounted for Sheeza Malteeza and Tralee Rocks.

By the feature’s namesake sponsor – Sportswriter – Write About Lexy covered the mile in 1:55.9 with Hewitt holding the reins.

Hewitt’s two runners in the ‘boys’ Final failed to run a placing before Cobbity Chic was too good among the three-year-old fillies.

Also driven by Hewitt, Cobbity Chic prevailed by a head from Brazilian Rocker, with Jive Dancing a half-neck away third in 1:56.6 over 1609 metres.

Lifes A Jungle provided Hewitt with a clean sweep of the three-year-old division when he scored from his stablemate, Brads Luck, and Bracken Sky.

Driven by Chris Geary, Lifes A Jungle covered the mile in 1:54.6.

“I’m very pleased with the way each of them went,” Hewitt said. “I still have to have a really good look at the programs, but I’d say that will see them out for the season.

“It’s most likely the winners especially will head to the paddock now.”