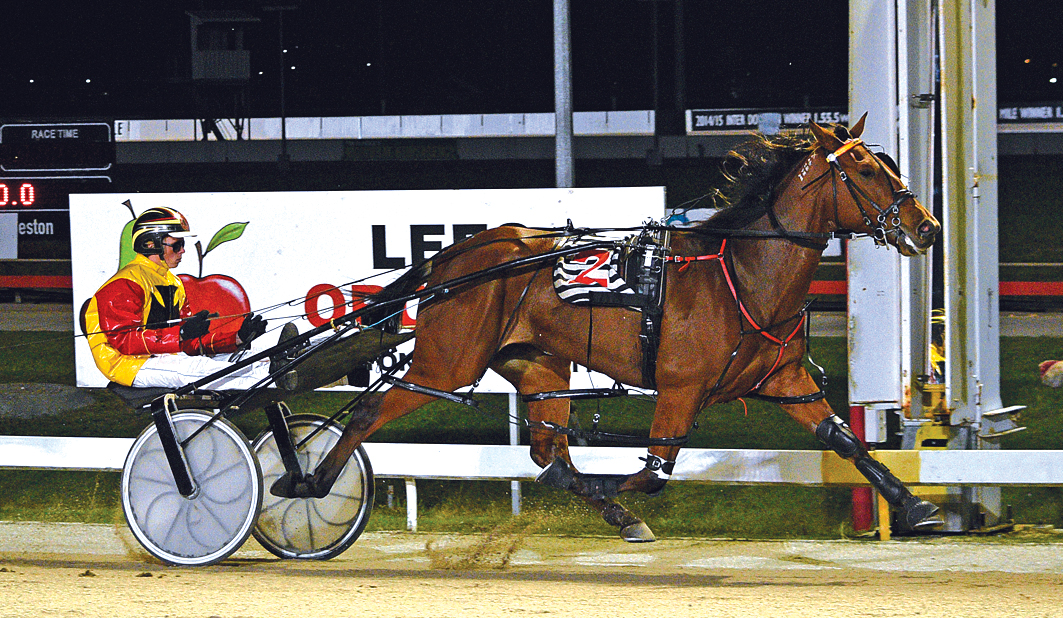 FRESH from her maiden win last weekend, Karalta Felesha is ready to repeat the dose according to trainer Michael Laugher. Having sorted out a...

FRESH from her maiden win last weekend, Karalta Felesha is ready to repeat the dose according to trainer Michael Laugher.

Having sorted out a “few issues” with the daughter of Mach Three, Laugher stated Karalta Felesha is capable of overcoming her second row draw in a Sweepstakes heat in Hobart on Sunday night.

“She was hanging a bit in her start at Hobart, so I changed some gear and straightened her up,” Laugher said. “She then came out and won quite well at Launceston.

“With those few issues fixed, she has been training a lot better, and if anything, has improved since her win.

“She’s goes along quite well, is very strong and should keep getting better.

“The inside of the back row is about the only place you wouldn’t want to draw, but if she can get the luck to get off the inside, she will go well.”

Providing the filly races to expectation, she will contest the Sweepstakes Final in Hobart on May 18 before being set for the Tasbred series.

“After the Final she has the Tasbred, then that will likely see her out for the season,” Laugher said. “With a good break and time to mature, she should come back better again next campaign.”

Heading back to happy hunting ground
Mum and Dad get the last word
Is embattled club up ‘that’ creek without a paddle...
Pelosi makes it a Breeders Challenge double
About author