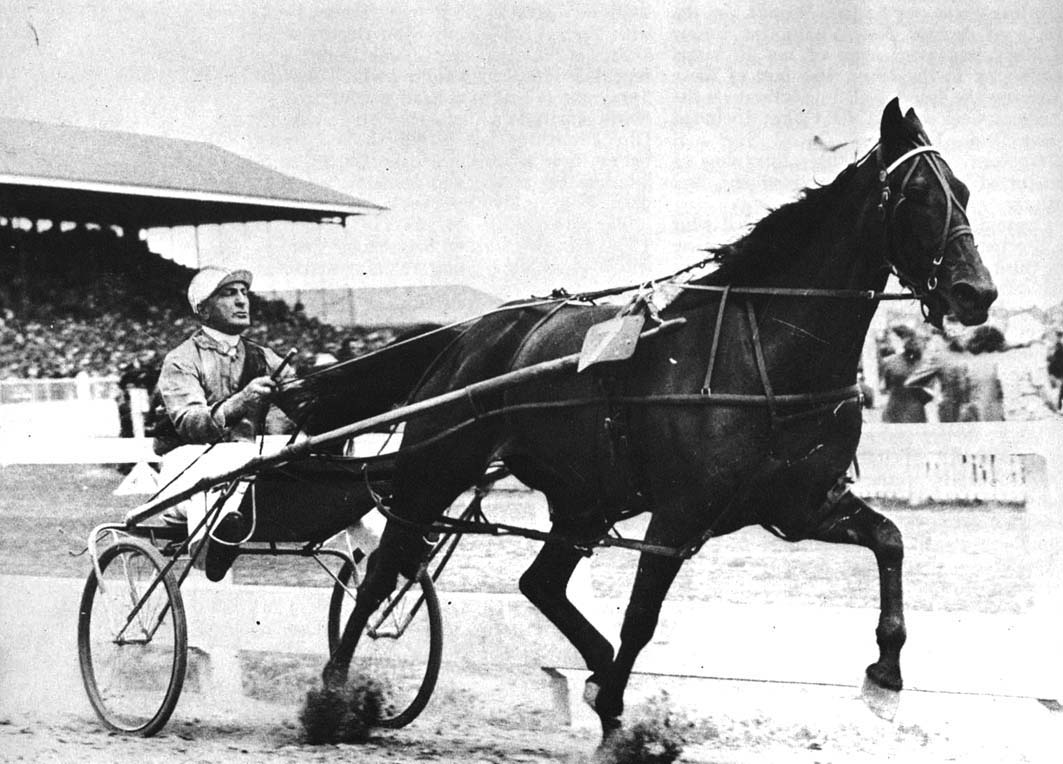 Strong program to send enthusiasts back in time

BOASTING a solid program, including several features, Saturday night’s Tabcorp Park Melton meeting will also send enthusiasts on a trip back in time. One...

BOASTING a solid program, including several features, Saturday night’s Tabcorp Park Melton meeting will also send enthusiasts on a trip back in time.

One of the highlights of the evening is the Captain Sandy Free-For-All, which is named in honour of the former idol pacer.

A New Zealand-bred performer of the highest calibre, Captain Sandy thrilled enthusiasts on both sides of the Tasman during the late 1940s and early ‘50s.

In fact, it was his 1950 success in the Melbourne-based series – the first held in Victoria – that is catalyst for this week’s event in his honour.

The $24,000 race is part of a series dedicated to Melbourne Inter Dominion winners.

Prepared by Jock Bain, Captain Sandy had a tumultuous campaign during the prestigious Championship.

Driven in his heats by Freeman Holmes, Captain Sandy finished a gallant fourth on the opening night after coming from a 24-yard handicap in a qualifier won by Avian Derby.

On the second night, the seven-year-old was poised to strike at the 800-metre mark when he was checked. Losing 100 yards as a result, Captain Sandy recovered for a respectable seventh in a field of 13.

The backmarker in the last round, Captain Sandy was an eye-catching third behind South Australian contender, Nevamaid, and Jack Hope.

With his status as the fastest mile rate runner, Captain Sandy scraped into the 10,000 pound Final as the lowest points earner.

Holmes, however, wasn’t as lucky.

The top reinsman was disqualified for three months after causing interference to raging favourite, Claude Derby, which won his first two heats.

Claude Derby suffered an injury in his offside fore fetlock, which saw him miss the decider.

Holmes appealed the stewards’ decision, but not only was it dismissed, his sentence was doubled.

Watts certainly made the most of his phenomenal opportunity in front of a record crowd of more than 36,000.

Beginning well from the tapes, Captain Sandy settled near the tail of the field as Dawn Volo worked to the lead.

With Globe Direct taking over the front with 900 metres to travel, Captain Sandy was angled to the extreme outside along the back straight.

Coming with a sensational run, Captain Sandy grabbed the lead in the last stride to score by a head from Globe Direct, with Sprayman three yards away third.

Winner of two Auckland Cups before his Inter Dominion triumph, Captain Sandy failed to register another success in the two years after his biggest triumph.

He did manage to make his way into the 1951 Addington Final, but missed the 1952 running.

Midway through 1952 Captain Sandy was all but retired when Adelaide trainer Dinny Nolan purchased him for 525 guineas.

Captain Sandy was rejuvenated under Nolan’s care, where he became one of the most travelled pacers of all time.

Competing in Sydney in early 1953, Captain Sandy was then floated to Perth for the Inter Dominion.

Finishing fourth on the opening night, the 10-year-old was second behind New South Wales star, Ribands, during an action-packed second round when driven by Holmes.

Racing in the breeze as Ribands set the pace, Captain Sandy was blamed for keeping local hero, Beau Don, in a pocket.

Just after the line, Beau Don placed a hoof in Ribands’ sulky, with both falling to the track.

Fans were so infuriated by the incident they crowded Captain Sandy’s and Ribands’ stalls, with police called in to monitor the situation.

So worried about the threat of violence, and the prospect of his topliner being poisoned, owner Mr Kelloway hired armed guards to mind Ribands.

With Bob Pollock taking the reins during the third night, Captain Sandy finished second behind Ribands.

Partnered by Pollock in the Final, Captain Sandy began swiftly from his 24-yard mark to settle midfield as Ribands worked to the lead.

Weaved through the pack along the back straight, Captain Sandy was ready to pounce on the home turn.

Responding to vigorous driving, Captain Sandy lifted close to the line to score by a yard-and-a-half from Ribands, with Kellett three yards away third.

Rating a track record 2:05.8 for the 2600-metre trip, Captain Sandy was now the Southern Hemisphere’s richest standardbred with earnings of more than 35,000 pounds.

Captain Sandy also created history by winning a second Inter Dominion and remains the only 10-year-old to secure the Final.

Two nights after his sensational win Captain Sandy time-trialled at Gloucester Park in 1:59. He was pitted against the clock again a few nights later to lower his mark to 1:57.5.

The times have never been officially recognized as the pacemaker headed the veteran on both occasions.

Towards the end of the season, Captain Sandy time-trialled at Harold Park, stopping the clock in 2:02.2 and at Whyalla in 2:04.

As an 11-year-old Captain Sandy was again victim of the handicapping system, with one of his rare wins coming at the Ascot Vale Showgrounds from a 72-yard mark.

Captain Sandy was then moved to the Claude Tupper team at Bankstown, where he won the 1954 Easter Cup at Harold Park from a 36-yard handicap.

Captain Sandy was retired soon after, with his earnings tipping over the 40,000-pound mark.