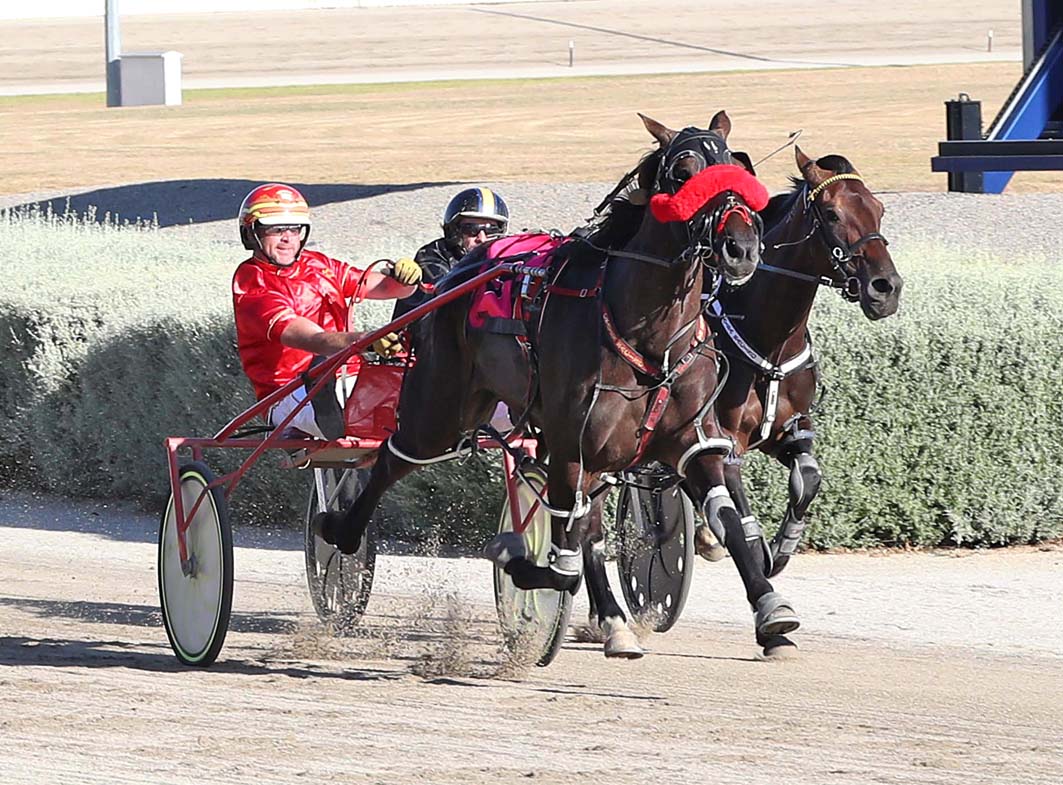 No stranger to dominating meetings at the South Australian venue, Craven captured four of the six races on the card.

Craven’s best haul at the track is a quintet, which he registered – along with two placings – in February 2013.

“We’re happy to support the track, such as this week when they needed a few more runners to ensure they had a meeting,” Craven said. “It’s mutually beneficial as we also have another option to gets some races for the stable.”

Craven opened his account with Novas Delight, which led throughout to score from Samara Cash and Presidential Art in 2:01.2 over 1780 metres.

Diamond Jasper then provided Craven with an early double when she overcame a 30-metre handicap to beat Johnny Redcoat and Live Atom in 2:01 for the 2190-metre stand.

Finishing third with Ourbeachsomewhere, Craven was back in the winners’ circle after Butadream captured the Mount Gambier Oaks.

After shrugging off an early challenge for the lead, Butadream was then forced to dig deep along the home straight to score by a neck from They Wantano, with Jagged Shadow a metre-and-a-half away third.

Winner of her last three starts, the daughter of Big Jim is on the market Craven revealed.

“She’s for sale, so if the right offer comes along, she may not be with the stable much longer,” Craven said. “While she is, I’ll just keep finding suitable races and see how she gets through the grades.”

Craven rounded out his quartet when Miss Fisher accounted for Jack Of The Green and Keepthedream in a 2190-metre handicap.

“It was a good night overall and made for a pleasant drive back to the stable,” Craven said.