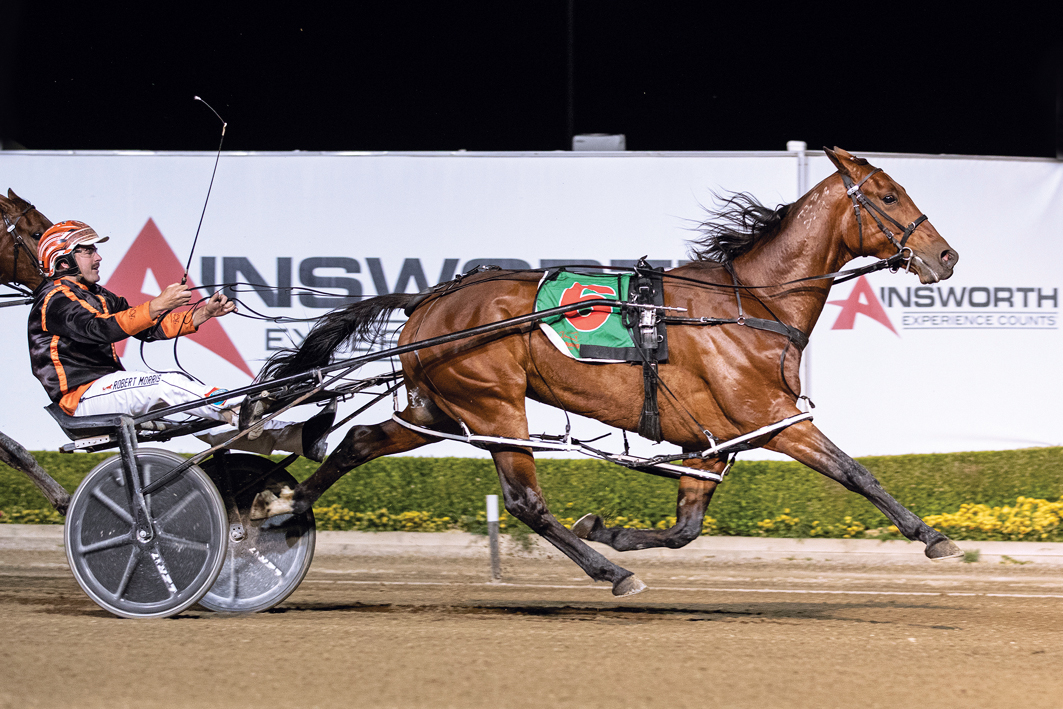 Along with dominating his local meeting at Tabcorp Park Menangle, Cross was triumphant north of the border.

With two runners in Redcliffe, Cross ended the card with the perfect result.

Driven by Adam Sanderson, Senora Rapido opened Cross’ account when she sustained a three-wide run to account for Miss Keesha and Matron Jujon.

Rating 1:56.5 over 1780 metres, the daughter of Art Major extended her record to an imposing seven wins and a third from 10 Australian starts.

“She’s done a top job since she has been here,” Cross said. “She is working through the grades nicely and should be able to keep going.

“She is only a lightly-race four-year-old but if she keeps progressing the way she is we will be looking at some of the better mares’ races in the New Year.”

After working to the lead from barrier four Seeuinnashville was never seriously challenged on his way to a soft win in 1:56.6 over 2040 metres as Charming Major and Recipe For Dreaming filled the placings.

“He has come back in good form this preparation and this seemed like a pretty suitable race for him,” Cross said.

“He did it easily in the end which was good to see.”

Closer to home Cross was triumphant with Admiral Bronski, Under Worked, Bettor Enforce and Wrangler, which led home a stable trifecta in the Kevin Robinson Free-For-All.

With Robbie Morris holding the reins, Wrangler caused a major upset at $61 on the tote.

Upstaging his stablemates Cash N Flow and Little Rascal, the gelding covered the mile in a slick 1:49.9.

“That was a top run from him,” Cross said. “He’s been going quite well this time in with three wins and a third from his last six starts.

“He’s a handy horse, which his eight wins and seven placings from 19 starts since he’s been here show.

“At this stage there isn’t anything specific picked out for him this side of Christmas, just find the right races at Menangle and see how he goes.”