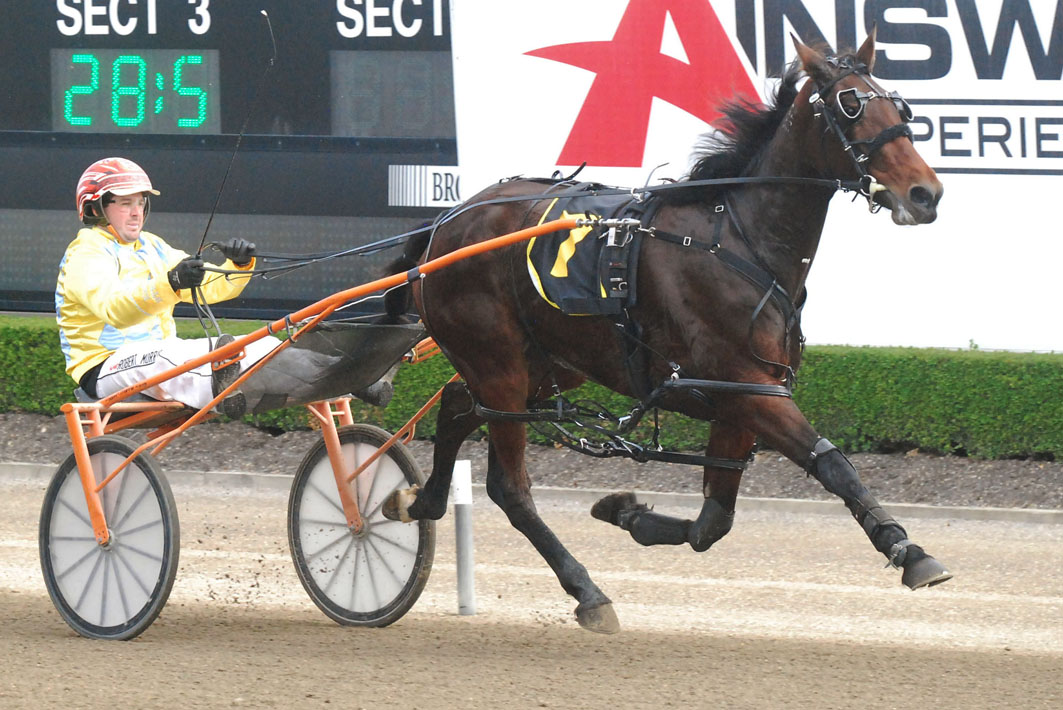 Sunshine too bright in heat

SHE’S immature, green and not a good leader, but we’re very happy to come away with the win. That was the assessment from Robbie...

SHE’S immature, green and not a good leader, but we’re very happy to come away with the win.

“She is not a good leader, but she’s got good gate speed, so that’s where she has lobbed,” Morris said.

“She led at Bathurst at her last start when she got a bit lost during the run and she did the same today, but was able to keep going.

“I’m looking forward to her stepping up in class during the semi-finals in about 10 days as she concentrates better when coming off the tempo and there is likely to be a good speed in the semis.

“We’ll just keep her ticking along at home before the semis, and everything being equal, she should be able to make the Final.”

With Morris holding the reins, Sunshine Stride began swiftly to lead from barrier six before completing a soft win from No Win No Feed and Sheeza Malteeza.

The daughter of Four Starzzz Shark covered the mile in 1:56.3, with her time four-tenths of a second quicker than Kiamasrosie in the following qualifier.

Sunshine Stride’s win also served as the opening leg of a double for the popular couple, who combined to score with Astride latter on the program.

Overcoming a wide draw, the son of Somebeachsomewhere scored from The Bachelor and Replaced Eye in 1:53.6.

Mahomes makes it worth the wait
Sweet golden philly
Norman hoping Aladdin can ‘conjure’ up...
Waters chummed as Sharks prepare to clash
About author