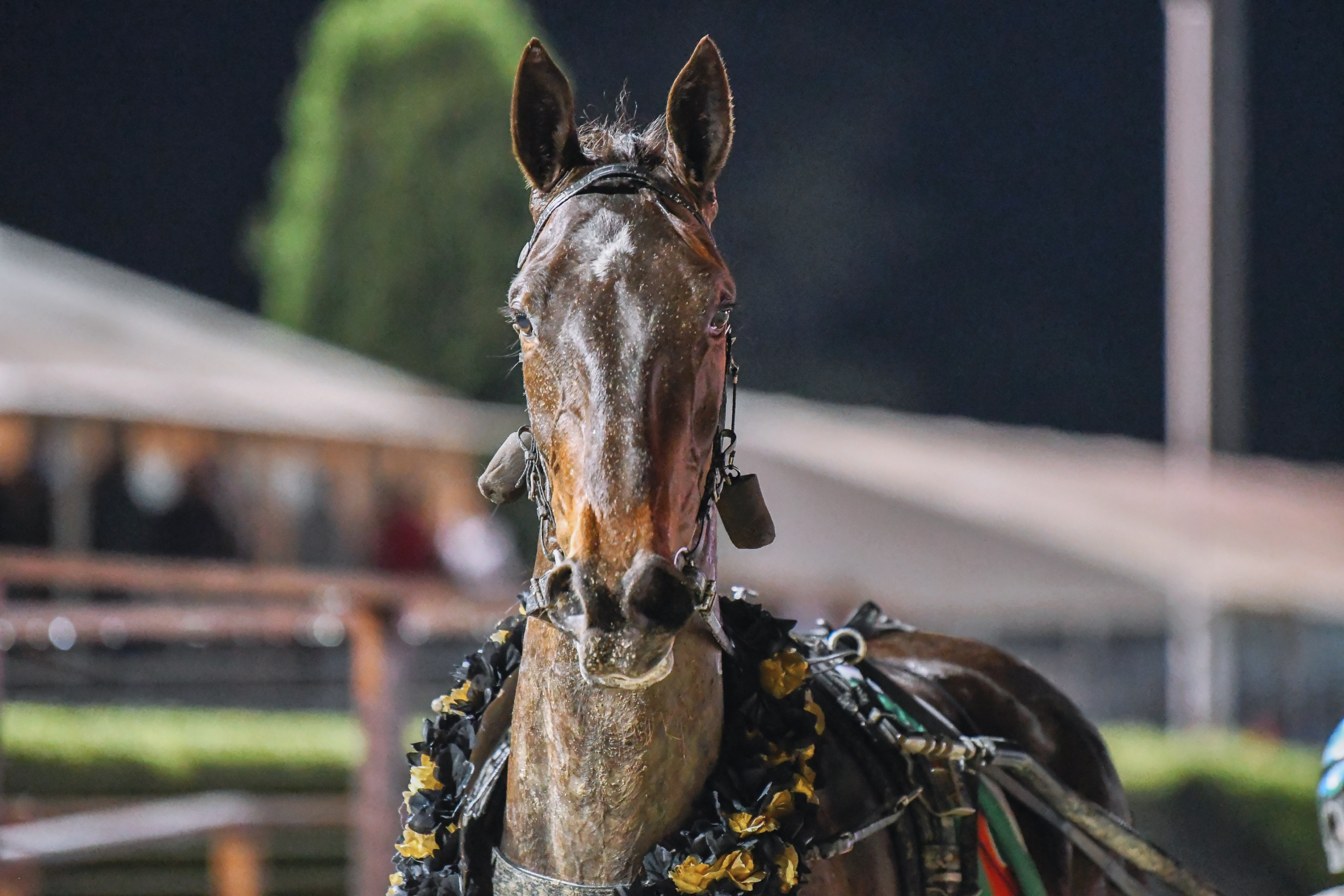 Sure was a night to remember

McCarthy9 Tabcorp Park Menangle34
CHAMPION reinsman Luke McCarthy had one of his greatest nights in the sulky with three Group One wins at Menangle on Saturday night. Amazingly, he...

CHAMPION reinsman Luke McCarthy had one of his greatest nights in the sulky with three Group One wins at Menangle on Saturday night.

Amazingly, he lost the fourth one in the stewards’ room.

“That’s just a part of racing and the filly (Keep Rockin) went really well and while we might have been unlucky to lose that final, she still ran a really good race,” said the gun reinsman.

It was McCarthy’s wins on Mach Dan, Bar Room Banta and Soho Almasi in the other threee Breeders Challenge finals that made him the talk of the town.

“Mach Dan is a nice horse and they’ve done a great job with him,” said McCarthy.

“The team was pretty happy with him going into the race and we knew he just needed a bit of luck in running.

“He got that and did the job really well.

“It’s always nice to pick up drives like that in Group 1s, especially for trainers like Tim Butt and interstate guys who come up here.”

McCarthy has a big opinion of Bar Room Banta, who won the two-year-old colts’ division of the Breeders Challenge.

“They went 25.9s that first quarter, which is unheard of for two-year-olds,” he said.

“Mick Stanley did a great job with him and Craig Cross and I were lucky to get him for this series.

“I think he’s getting better and he’s actually developed nicely through this series.

“I put him in the paddock Sunday morning and he was bucking his brand off.

“This trip away [from Victoria] might see him improve even more – it could be the making of him.”

McCarthy says Soho Almasi (two year-old fillies’ winner) was a bit “quirky” but he loves the filly and once she got the split she showed her natural speed and did the job in style in winning her final.

Meanwhile McCarthy heads for Menangle today with just three drives for the Cross stable, with the best of those likely to be La La Bron ($2.75 favourite) in Race 6.

The filly has had just two starts since joining Cross and put the writing on the wall with a strong second at Newcastle two weeks ago.

The gifted reinsman will also be aboard A Rainbow Delight (Race 7) and Mister Donald (Race 9) for Cross as well as two other “catch” drives.

Little Rascal seizes his first group win.
Sydney ‘raiders’ to strike at Newcastl...
BUTT’S THE MAN OF THE MOMENT
On a night like this
About author