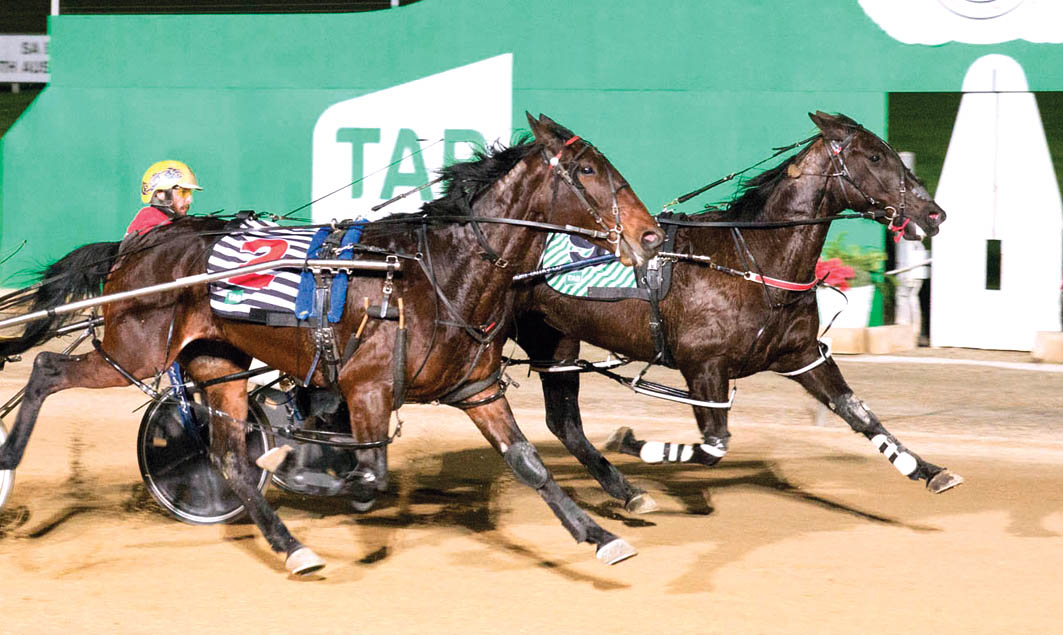 REGARDLES of the result of tonight’s TAB Graduation Championship at Globe Derby, trainer David Harding is already a winner. Harding is set to contest...

REGARDLES of the result of tonight’s TAB Graduation Championship at Globe Derby, trainer David Harding is already a winner.

Harding is set to contest the feature with Thisexcusebetterbeit, which qualified for the Final as the highest points earner.

Thanks to some vision from Harness Racing South Australia, the TAB Graduation Championship has been a perfect target for horses with three or less wins at the beginning of the series.

Consisting of 10 $4000 qualifiers, the Championship concludes with a $17,000 Final, with the field decided by points.

The points also count towards a $1000 trainers’ bonus, which Harding will receive the moment the former New Zealand mare takes her position behind the mobile.

Along with accumulating the most points, the horse in question must take its place in the decider.

While he is thrilled to earn the bonus, Harding is disappointed with Thisexcusebetterbeit’s draw.

Unbeaten from four Australian starts Thisexcusebetterbeit will begin from the outside of the second row.

“To pick up the bonus is just the icing on the cake of having her in such terrific form in such a great series,” Harding said. “This series has been ideal for a pacer like her and came along at the perfect time.

“Her draw in the Final has made it tough, but she came from the same position to dead-heat in her heat last week and hopefully can stick her head out at the right time tonight.”

Citing Dusky Assassin as the main danger, Harding believes Callmedemaro is the opponent most likely to cause an upset.

Dusky Assassin, which was the second half of the dead-heat, will begin from barrier six, with Callmedemaro drawn three.

“Dusky Assassin is in great form and is the one to beat,” Harding said. “Callmedemaro has been very consistent and has the draw to be right in the finish.”

Pastry chef Adam finds the ‘recipe’ fo...
Gap in betting markets but not at the finish
It’s not ‘ego’ if you can back i...
Seven winners between them
About author