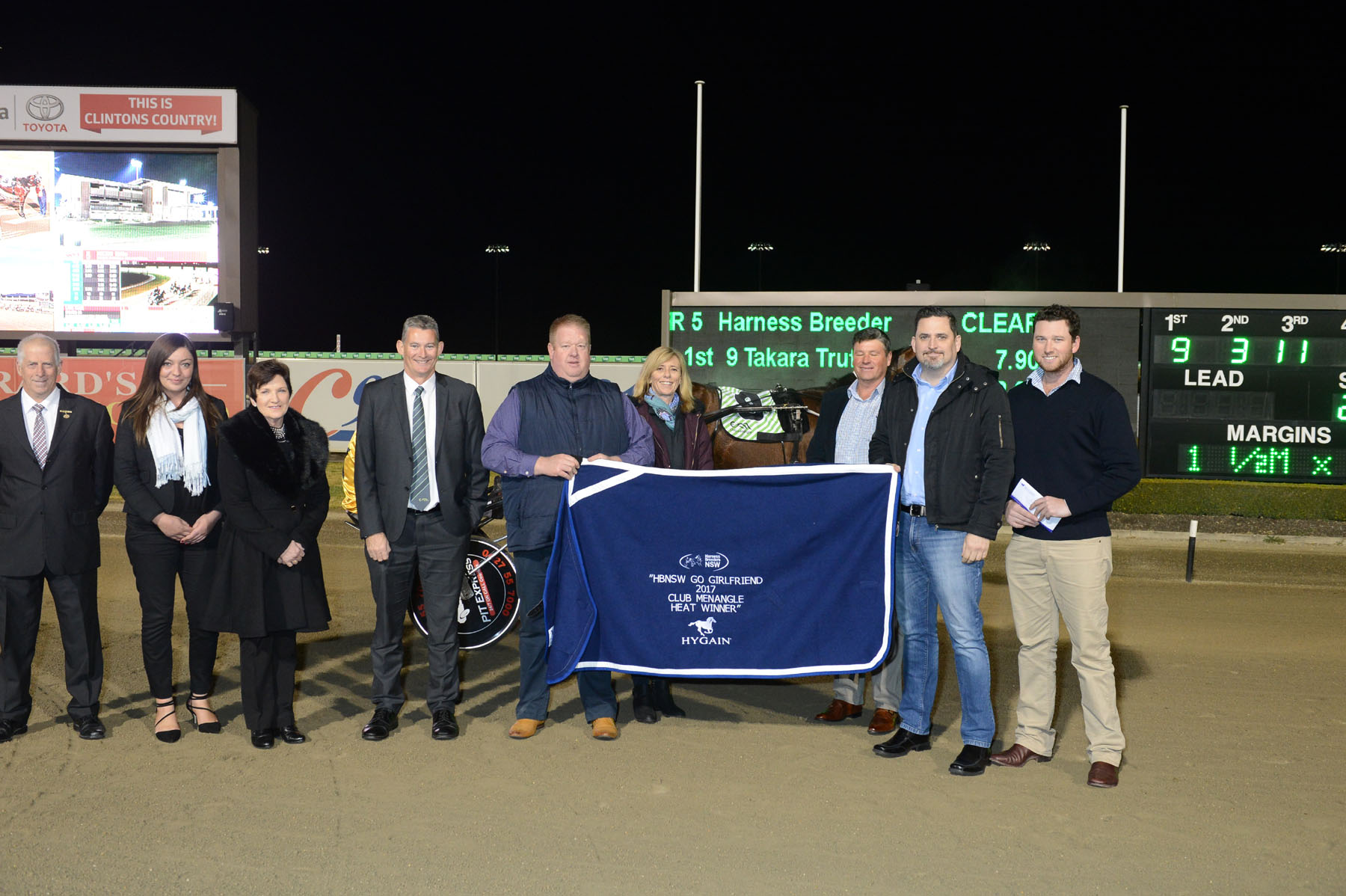 Driver Michael Formosa sat patiently behind the Amanda Turnbull trained and driven $2.60 favourite Miss Vera Mac down the back straight.

Takara Truffle loomed up on the outside coming into the home turn, before drawing level with Miss Vera Mac as the field straightened out.

The pair fought out the finish over the final 150 metres but Takara Truffle pulled away to win by 1.6m.

The victory, the three-year-old filly’s first Group win, was her10th win from 21 starts. 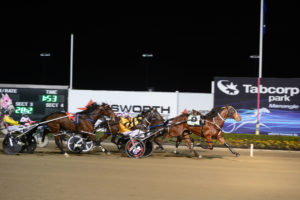 Meantime, reinsman Luke McCarthy teamed up with Cobbitty trainer Craig Cross to notch two winners, holding on to win by a short half-head in both victories.

Starting as the $2.90 favourite Presidential Secret held off the challenge of a fast finishing Mach Beauty to record his first win at the Menangle track.

The six-year-old gelding led for most of the race and had to produce a career best winning mile rate of 1:52.7s to claim victory.

Involved in a blanket finish, the six-year-old gelding ran the fastest time at the meeting to relegate Major Star to the runner-up spot, with stablemate Under Worked a further half-head away in third.

A son of Christian Cullen, Allblack Stride has now won 20 races from 52 starts.

Trainer Shane Sanderson was the meeting’s other multiple winner with Chris Geary driving the $1.50 favourite Im The Smoocha in the opener and Jack Trainor winning with Expressionist ($8.70).

TODD TAKES THE HONOURS WITH A TREBLE
Luke’s hoping to hit . . . and run
‘Rookie’ trainer is in demand
All the Banta’s about the ‘Bar Room...
About author