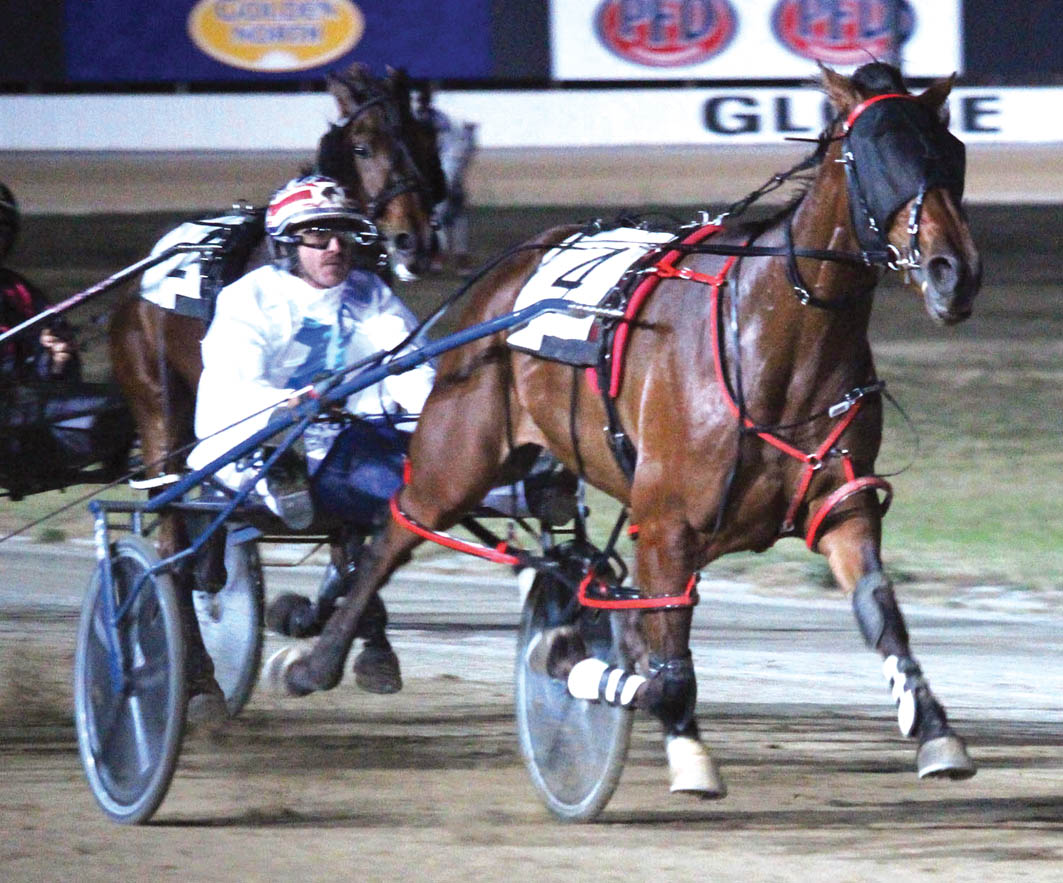 PROMISING filly La Machnificent should have no trouble continuing her perfect start to the season at Port Pirie tomorrow night. Winner of her four...

PROMISING filly La Machnificent should have no trouble continuing her perfect start to the season at Port Pirie tomorrow night.

Winner of her four starts for the term, the daughter of Mach Three will begin from barrier five against older opposition.

“I am really happy with her,” Bain said. “She is feeling terrific and is ready to run another big race.

“Her run last week was the best she has raced and before that when she trialled I felt it was the best I have seen her go.

“She is up against some older horses from a tricky draw, but I can’t see it being a problem for her.”

Should the three-year-old compete to expectations Bain will take aim at a heat and Final series in Mildura next month.

“Hopefully I can get more racing into her, bit more of a routine,” Bain said. “I’ve had a few niggles which have had to be managed, but she is certainly repaying us for that by winning seven of her nine starts.

“There is a heat in Mildura on May 13, which suits her, so that’s the way I plan on going.

“She is also Vicbred, so I’d like to take her back again for a heat. She deserves a chance to race against some of the better ones to see where she is at.”