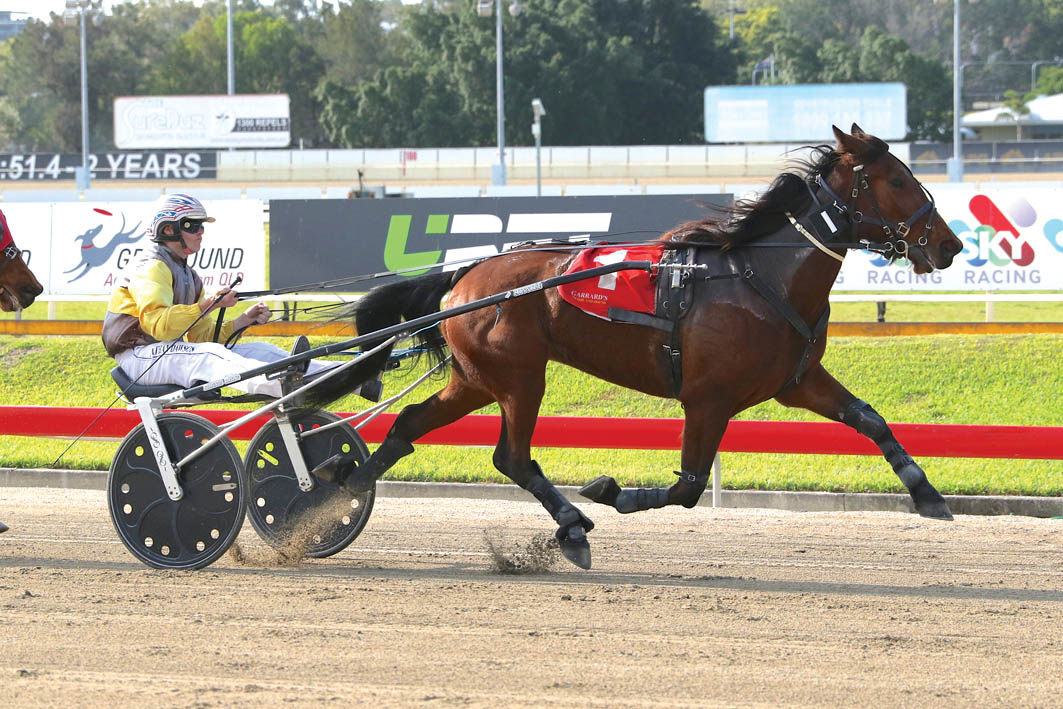 TALENTED trotter Patsdelight should have little trouble continuing to repay the care shown by connections when she heads to Albion Park tomorrow night. Purchased...

TALENTED trotter Patsdelight should have little trouble continuing to repay the care shown by connections when she heads to Albion Park tomorrow night.

Purchased by Tony Veivers to be trained by John Edmunds, the mare became unwell not long after arriving in Queensland.

Like other reported cases in Victoria – where the squaregaiter was purchased from – Patsdelight was found to be suffering from melting ulcer…a bacterial infection which melts away the eyeball.

After a costly process the daughter of Majestic Son appeared to be back to health.

“Thankfully we were able to save her eye,” Edmunds said. “She had antibiotics in her eye for three weeks then a skin graft.

“It cost a fair bit but it was lucky we caught as quickly as we did. If you don’t get to it within 48 hours the bacteria will already have gone too far and the eye will be gone.”

Showing the promise which led to the sale, Patsdelight was then found to be suffering from a lung infection.

Following her second operation – which ultimately had the mare sidelined for 11 months – Patsdelight returned to racing last month.

To be driven by Nathan Dawson during her pending engagement, the four-year-old will begin from the inside of the 10-metre mark.

“It was looking like a disaster for a while but she appears to have turned the corner and is on the way to paying it all back.

“She is starting to get back in handicaps a bit but it is a small field and she should get away with it again.

“I’ve also got Moresuccess drawn the pole and she is certainly a chance of running a placing.

“Ultimate Daiquiri looks like it is improving and is the one to beat even from the 30-metre mark.”