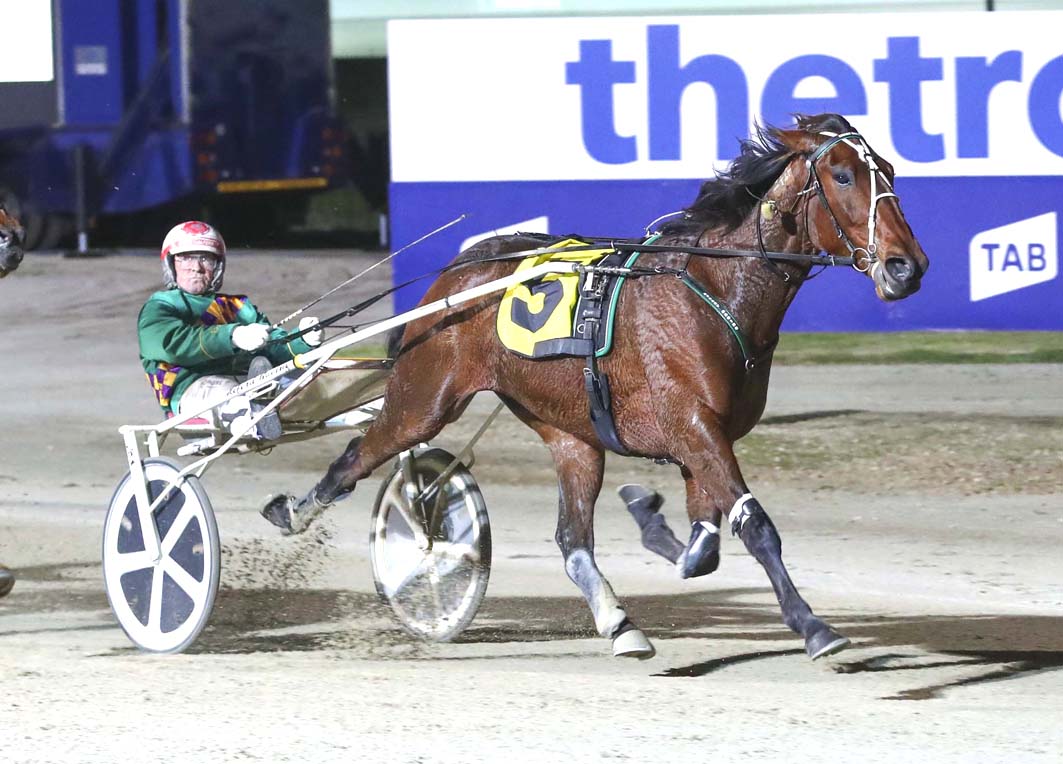 A PERFECT draw has put Stress Factor in a prime position to extend his unbeaten Australian record at Tabcorp Park Melton on Saturday night....

A PERFECT draw has put Stress Factor in a prime position to extend his unbeaten Australian record at Tabcorp Park Melton on Saturday night.

Winner of his two starts for local trainer Brent Lilley – including the Victoria Trotters’ Derby – Stress Factor will begin from barrier two in the Australasian Breeders’ Crown Final.

Thrilled with the three-year-old’s draw, Lilley is positive Stress Factor can add the Group One to his tally.

“He seems great within himself and has trained on well since the Derby,” Lilley said. “He had a few quiet days after the Derby and has come up very nicely.

“He is fighting fit and will take a lot of beating in the Final.

“If he races to his best it is hard to see him being beaten. That said, this is racing and anything can happen…especially with such a high quality field.”

Winner of last month’s Vicbred Super Series Final, Anywhere Hugo had no luck when unplaced in the Derby.

The son of Majestic Son gets his chance for redemption from the pole.

Majestic Player was a handy fifth in the Derby before winning his Breeders’ Crown heat.

Also by Majestic Son, the gelding will begin from gate six.

“Anywhere Hugo has to be the one to beat,” Lilley said. “He is racing well and has drawn to get a good run in transit.

“Majestic Player went well in his heat and should be in the finish again.”

First adds another string to bow
I was screaming with excitement all the way down t...
Grayling, Blake happy to step up for injured Gav
Perfect performance in Group Two Final
About author