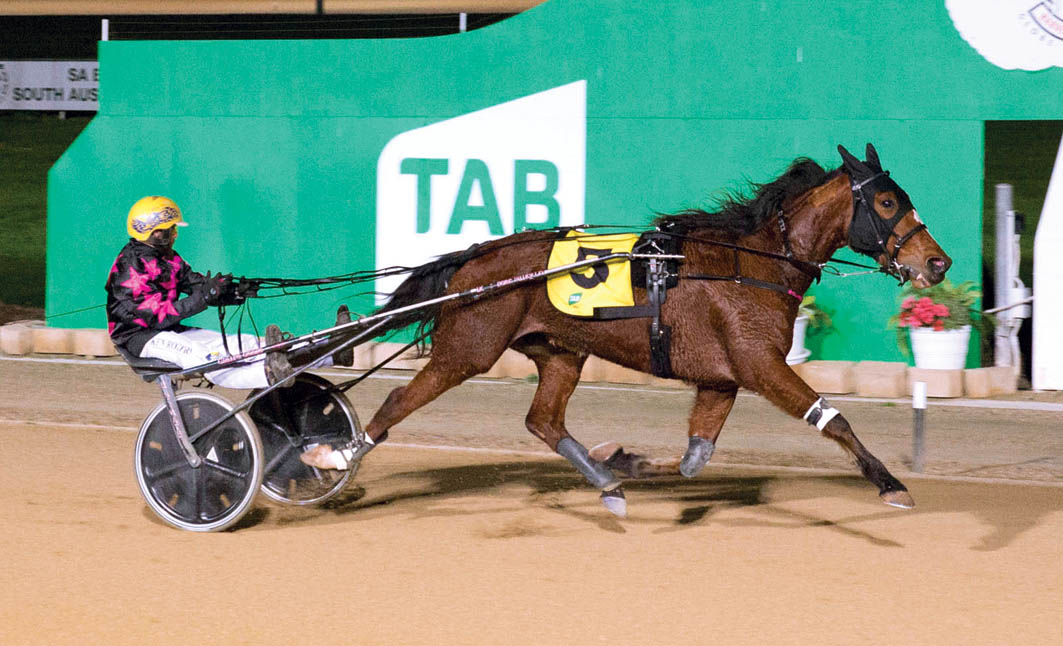 AS CONFIDENT as she is in Majestically’s ability, trainer Claire Goble is apprehensive about the promising mare’s prospects at Globe Derby on Saturday night....

AS CONFIDENT as she is in Majestically’s ability, trainer Claire Goble is apprehensive about the promising mare’s prospects at Globe Derby on Saturday night.

Boasting three wins and three placings from her last seven starts, Majestically is regarded as being among the main chances in the Trotters’ Discretionary Handicap.

To be driven by premiership leading reinsman Ken Rogers, the daughter of Majestic Son is one of two entrants drawn along the 10-metre mark.

But it’s not the handicap which is suppressing Goble’s confidence – it’s one of the four-year-old opponents.

“She is racing really well and is getting better as she continues to gain experience,” Goble said. “She’s a nice mare with good ability which should be better again in 12 months.

“While I expect her to run another good race, it is hard to see her beating The Paigeboy, which has had the wood on her recently.”

Prepared by David Smith, The Paigeboy has won seven of his 11 starts since arriving in South Australia, with three seconds also to his credit.

The son of Bacardi Lindy is the sole starter from the 30-metre back mark.

Elsewhere on the card Goble has strong chances with Canada Bay, Masey Mach and Smackwater Jack, which is making his debut for the prominent horsewoman.

Struggling with form in Western Australia, Smackwater Jack is poised to run a bold race from barrier three according to Goble.

“He is only new to the team, but has been working well,” Goble said. “He’s drawn well and should put in a good showing.”

Can long term plan result in perfect ending?
Social media post worth looking at
Jason’s keeping up the Turnbull tradition
Misspent youth leads to Group One glory
About author