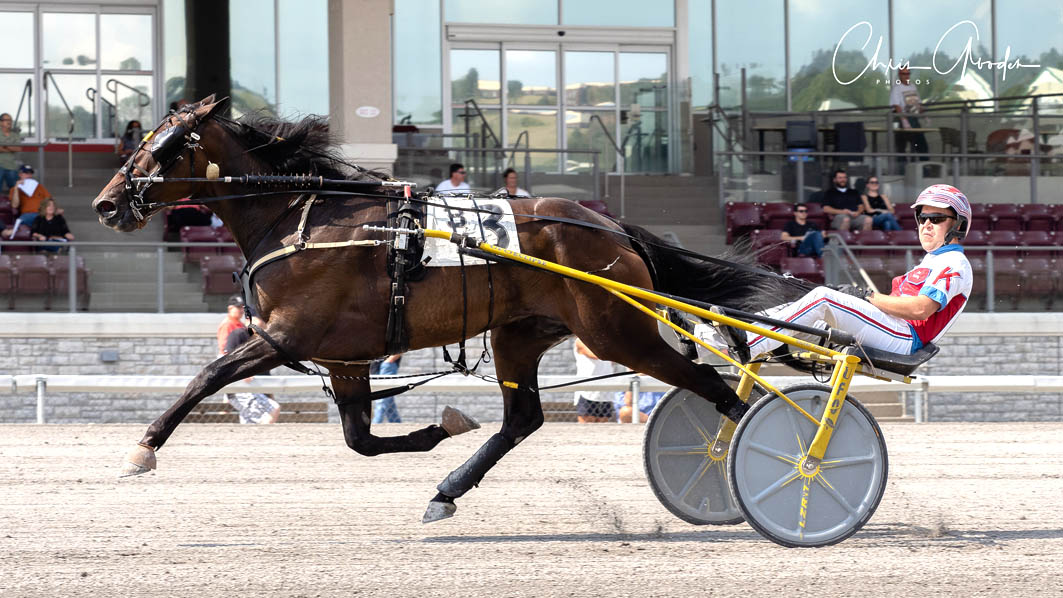 TALENTED youngster Goes Down Smooth drew away from the field late with a powerful finishing kick that carried him to victory in a track...

TALENTED youngster Goes Down Smooth drew away from the field late with a powerful finishing kick that carried him to victory in a track record 1:52.3 in yesterday’s $75,299 Keystone Classic for three-year-old colt and gelding trotters at The Meadows.

The mile lowered the mark set by Explosivebreakaway in another Keystone Classic division about 30 minutes earlier.

Goes Down Smooth’s time is also a stake record and the fastest this year by a sophomore gelding trotter on a five-eighths mile track.

The event was contested over three divisions, with Lindy’s Crazy Hall taking the other split.

Goes Down Smooth battled three-wide for the early lead, but after Matt Kakaley gave him a 29-second quarter breather, the son of Muscle Hill made a shambles of the race, defeating Nextroundsonme by a widening nine-and-a-half lengths. Darty finished third.

“I let him trot out a little bit, but he did it really easy today,” Kakaley said. “He’s been good for quite a while now.”

While Explosivebreakaway’s 1:52.4 performance will go down as one of the most fleeting track records in The Meadows’ history, he had plenty to celebrate.

He found the pocket for Tom Jackson in a blistering 26-second opening panel, brushed outside through the lane and downed Kate’s Massive by three lengths, with Stonebridge Symba third.

“He took me plenty far enough. We changed his shoes after his last race here, and he’s been a different horse ever since.”

Fred Grant trains and part-owns Explosivebreakaway, which lifted his bankroll to $131,925, with Janice Rubin, Steven Katz and Murray Brown.

Leading nursery expanding into NSW
Partners off to a ‘flying start’
Jemma’s setting her sights on a treble
Will finishing second be good enough?
About author