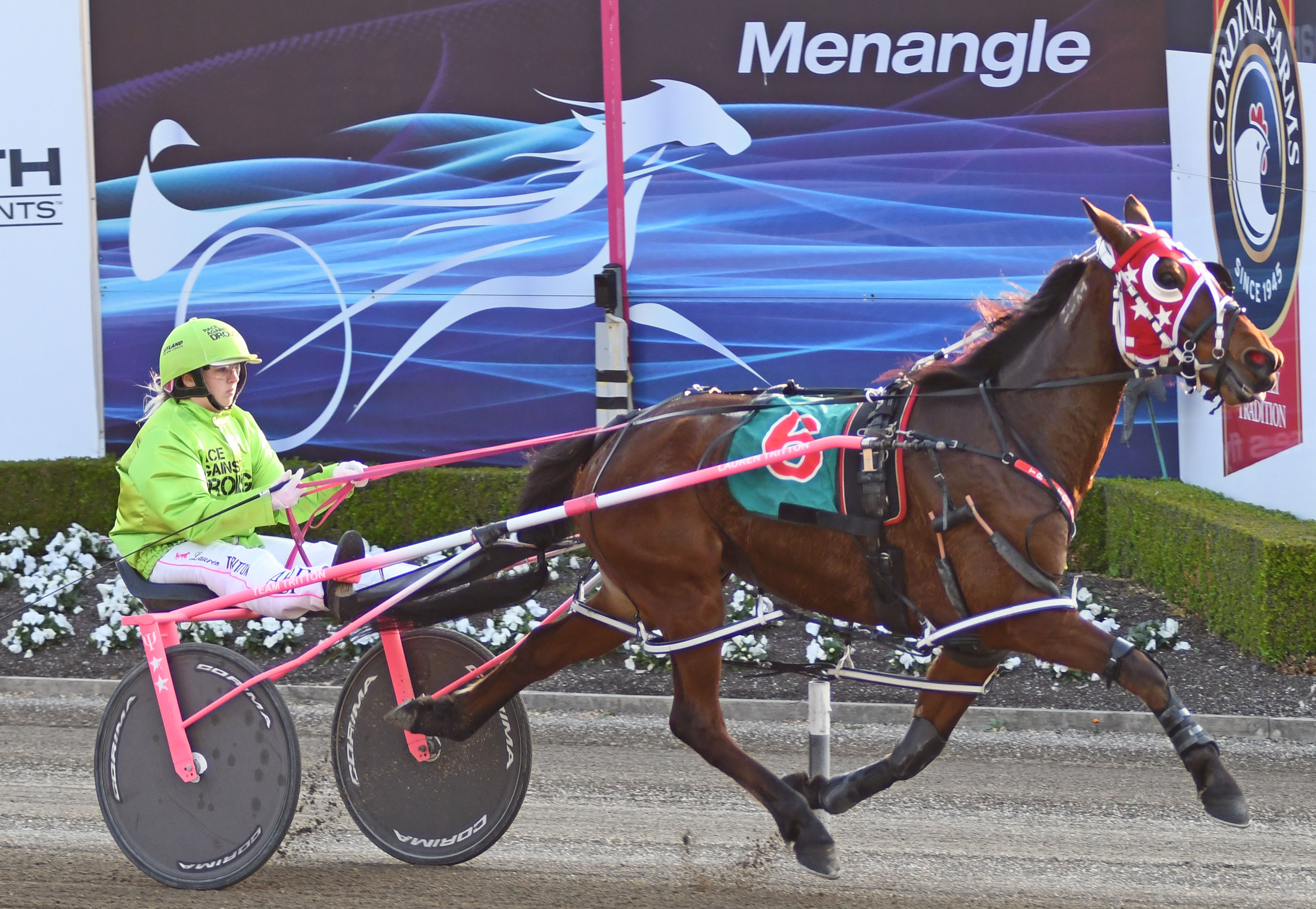 Team Tritton back in spotlight

AFTER a brief holiday to recharge the batteries, Team Tritton is back in full swing with three favourites on this afternoon’s nine-race program at...

AFTER a brief holiday to recharge the batteries, Team Tritton is back in full swing with three favourites on this afternoon’s nine-race program at Tabcorp Park Menangle.

Shane and Lauren Tritton have just four starters at the south-western Sydney circuit but three of them look likely to start favourites with a refreshed Lauren looking to add to her tally of wins in the sulky after a fairly moderate, by her standards, season so far.

The first, and possibly the shortest price of their team today is stable newcomer Up All Nite ($2.25), who will have her first start for the Menangle co-trainers in Race 5.

Formerly trained by Glenn Wilmot, this daughter of Rock N Roll Heaven impressed with a Menangle trial win on April 2, rating 1:53.2 to show that she was clearly up to today’s assignment.

Surprisingly, Up All Nite is yet to win a race in Australia in eight starts here, with her only win so far in a 16-start career registered at Cambridge on New Zealand’s North Island in July, 2016.

Still she cruised home by almost 18-metres in her Menangle trial and should start off her Sydney career in style this afternoon after drawing perfectly in gate one for Lauren to chase an all-the-way win.

The Trittons have two starters in Race 6 with Lauren to take the reins on another former Kiwi in Bohannan while in-form young stablehand Lachie Manzelmann will drive former Bathurst Gold Crown winner Astride for the stable.

While Bohannan has been installed an early $2.50 favourite by the TAB after drawing gate five, Astride ($15) is also ready for a first-up tilt after two trial wins, including a 1:54.6 win at Menangle last week when he beat the highly-rated Leonidas by 2.8m.

Bohannan showed good gate speed at his last start when third at Bankstown after being sent out well-backed at $3.10 and has earned cheques in every start since joining the team from New Zealand.

Lauren will then pilot her third successive favourite when she takes the steer aboard handy mare Ideal Pleasure in Race 7.

With three wins from four starts this season, this daughter of champion sire Bettors Delight hasn’t raced since October last year but has been working along nicely at Menangle and warmed up for today’s assignment with a sixth to Pay Me Sam in a Menangle trial two weeks ago.

Ideal Pleasure has an impressive Menangle record, having scored four of her six career wins there, including one in a slashing 1:51.3 in September last year.