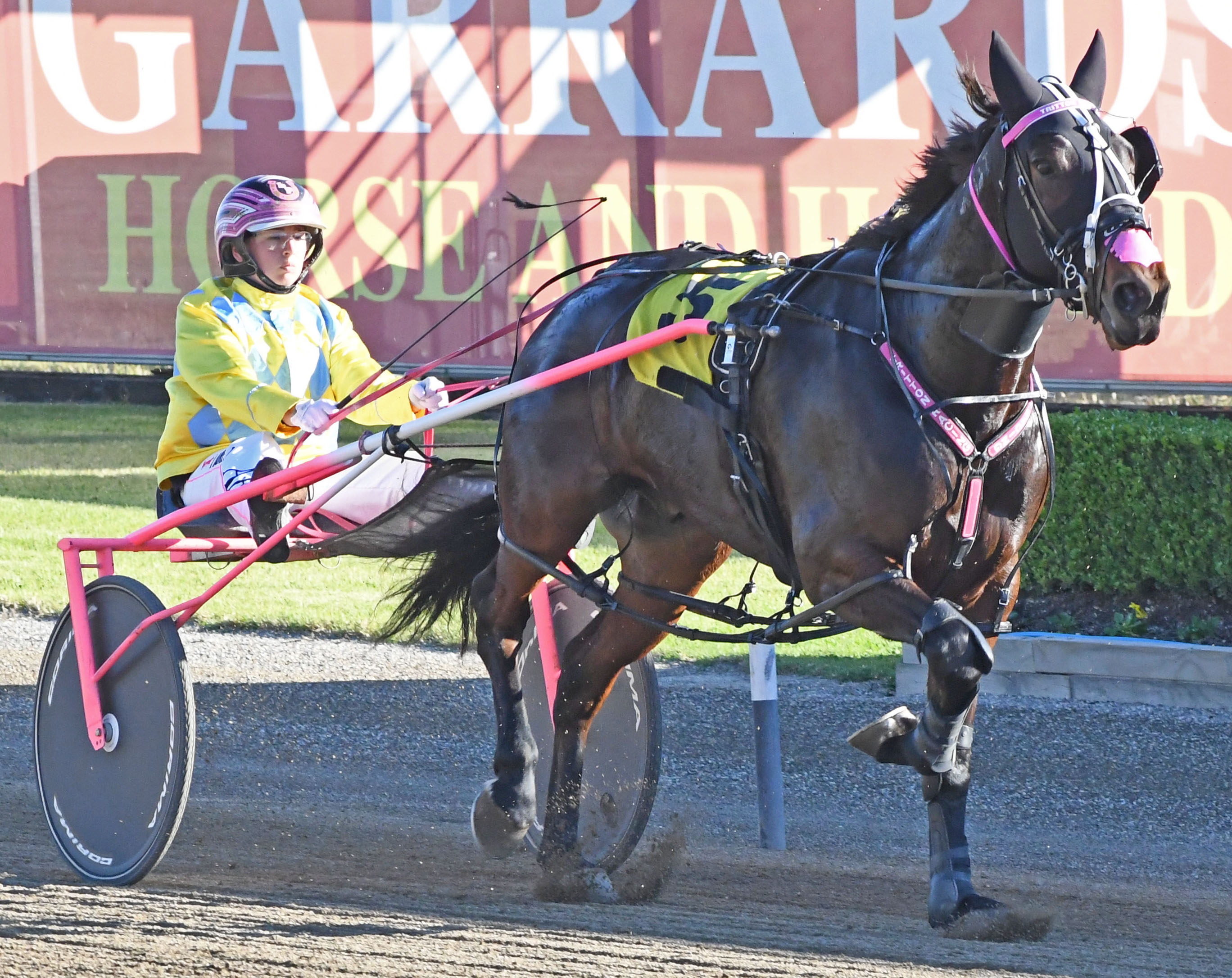 One to watch at Menangle today . . . Elderberry Stride

Menangle223 Tritton2
THEY may be moving their stables to the United States in a few weeks, but Shane and Lauren Tritton are set to go out...

THEY may be moving their stables to the United States in a few weeks, but Shane and Lauren Tritton are set to go out in a blaze of glory with a string of winners to help pay for their big move.

Most of their leading clients will stick with them when Team Tritton exits the Sydney harness racing scene.

Yet they will head for Tabcorp Park Menangle today with high hopes of at least a winning treble.

Lauren will drive three favourites for the team this afternoon as well as another pacer sure to be well-backed.

Her first favourite will be Falcon Stride ($3) for big-spending owner Emilio Rosati in Race 6.

This consistent son of star stallion Somebeachsomewhere has now had three runs from a spell and with six wins from just 21 starts should be ready to show his best.

He has shown good gate speed in his previous Menangle wins and would again be looking to take up a forward position from gate four.

Lauren will also drive the 114-start veteran Maximan ($3.50) in Race 9 and the former claimer, who went on to contest an Inter Dominion final as well as a Len Smith Mile, should find this field much more to his liking over the flying mile.

Perfectly-drawn in gate four, Tritton will again be able to settle close to the action and help Maximan score his 28th win.

Experience counts for a lot and Lauren will be aboard another well-travelled pacer when she takes the steer behind 250-start veteran Mark Dennis ($5) in Race 10.

Despite his years, Mark Dennis has gone close to breaking the 1:50 mark in several of his wins and looks one of the toughest to beat in the final race of the night and should he find the front will be hard to run down.

On a busy afternoon for the stable, the Trittons also have a couple of handy chances in the other races, including consistent placegetter Phil Monty ($5) in Race 5.

Team Tritton also has the classy Elderberry Stride in Race 8, another one owned by Emilio and Mary Rosati, and he should be ready to show his best at his fourth run from a let-up.

Luke will drive the odds-on favourite Flingandwingit in Race 3 as well as Rich Virgin, who shares early favouritism with Mark Dennis in Race 10.

Moving south was a defining moment

Moving south was a defining moment