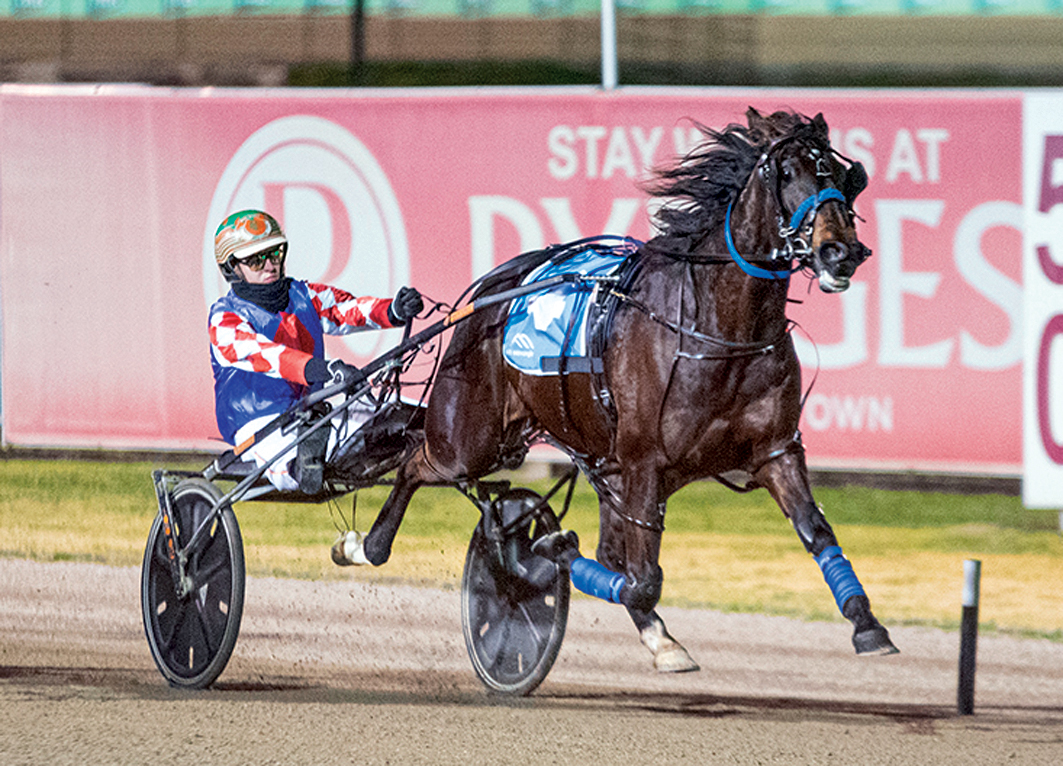 Terror stepping up in grade

IN WHAT could be his last start for the stable, Pocket Of Terror faces a rise in class when he heads to Tabcorp Park...

IN WHAT could be his last start for the stable, Pocket Of Terror faces a rise in class when he heads to Tabcorp Park Menangle on Saturday night.

Winner of his last two outings, Pocket Of Terror will contest the opening event on the card for owner-trainer Kevin Hayes.

Confident the son of Western Terror has the makings of a metropolitan performer, Hayes is considering sending Pocket Of Terror to a trainer closer to the world class venue.

“I haven’t spoken to anyone yet, but I may move him on to another trainer after this,” Hayes said. “He’s a nice horse which can keep being competitive in town so being trained there might be the way to go.

“I’ll have to speak to the person and see if they can take him.”

As for his pending engagement, Pocket Of Terror has drawn barrier five, but slots into four with the removal of the emergency.

Although pleased with the gelding’s starting position, Hayes believes Pocket Of Terror will require luck given his main danger has drawn on his inside.

“His draw isn’t too bad,” Hayes said. “He also comes in one spot if the emergency doesn’t get a run.

“I think he will go well from there but will need a bit of luck.

“I’m happy with his form and his work, now it comes down to what run he gets on the night.

“Tee Cee Bee Macray is also racing well and has the draw in his favour.

“There are a few drawn wider as well which are threats…it’s a pretty even field.”

SA heading back to the future
Mat will never ‘Rue’ the day he chose ...
Comeback star on target for Grand Circuit return
King claims top throne again
About author