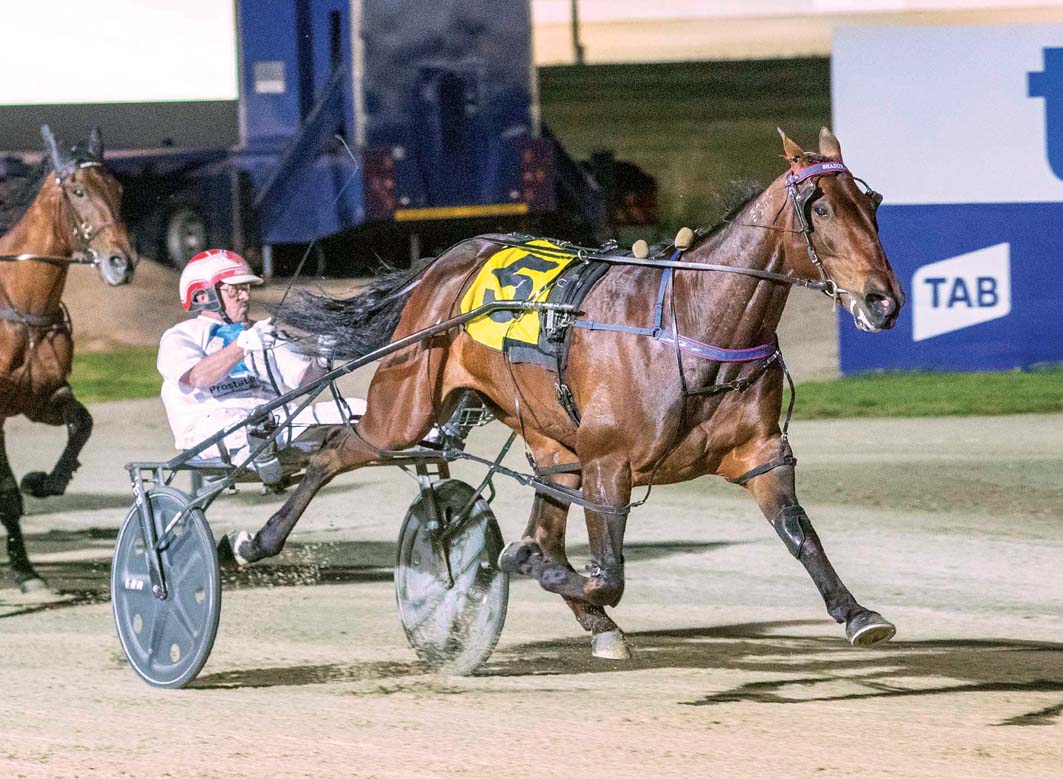 That’s why he is the top ranked local!

CLASSY pacer Shadow Sax reminded onlookers why he is the top ranked local with a stylish display at Tabcorp Park Melton tonight. Leading throughout...

CLASSY pacer Shadow Sax reminded onlookers why he is the top ranked local with a stylish display at Tabcorp Park Melton tonight.

Leading throughout the Popular Alm Free-For-All, Shadow Sax is being primed for next month’s Inter Dominion by trainer Emma Stewart.

The son of Shadow Play was listed at five during the third round of Inter Dominion rankings released by Harness Racing Victoria a fortnight ago.

Heats of the prestigious Championship are scheduled to begin in Melton on December 1.

“I couldn’t be happier with the way he is going as we head towards the Inter Dominion,” Stewart said. “Now it’s just a matter of keeping him this happy leading up to and during the series.”

With Chris Alford in the cart, Shadow Sax was pushed forward from barrier five to find the front on the first turn.

Striding clear along the home straight, the gelding dashed to a five-and-a-half metre win from San Carlo – ranked sixth for the Inter – with Bad Billy a half-neck away third.

With the Inter Dominion a fortnight away, Stewart is contemplating giving Shadow Sax one more start with next week’s Geelong Cup an option.

“I’m not sure if this will be his last start before the Inter Dominion or if he will have one more at this stage,” Stewart said.

“I’ll see how he comes through this run before making any decisions.”