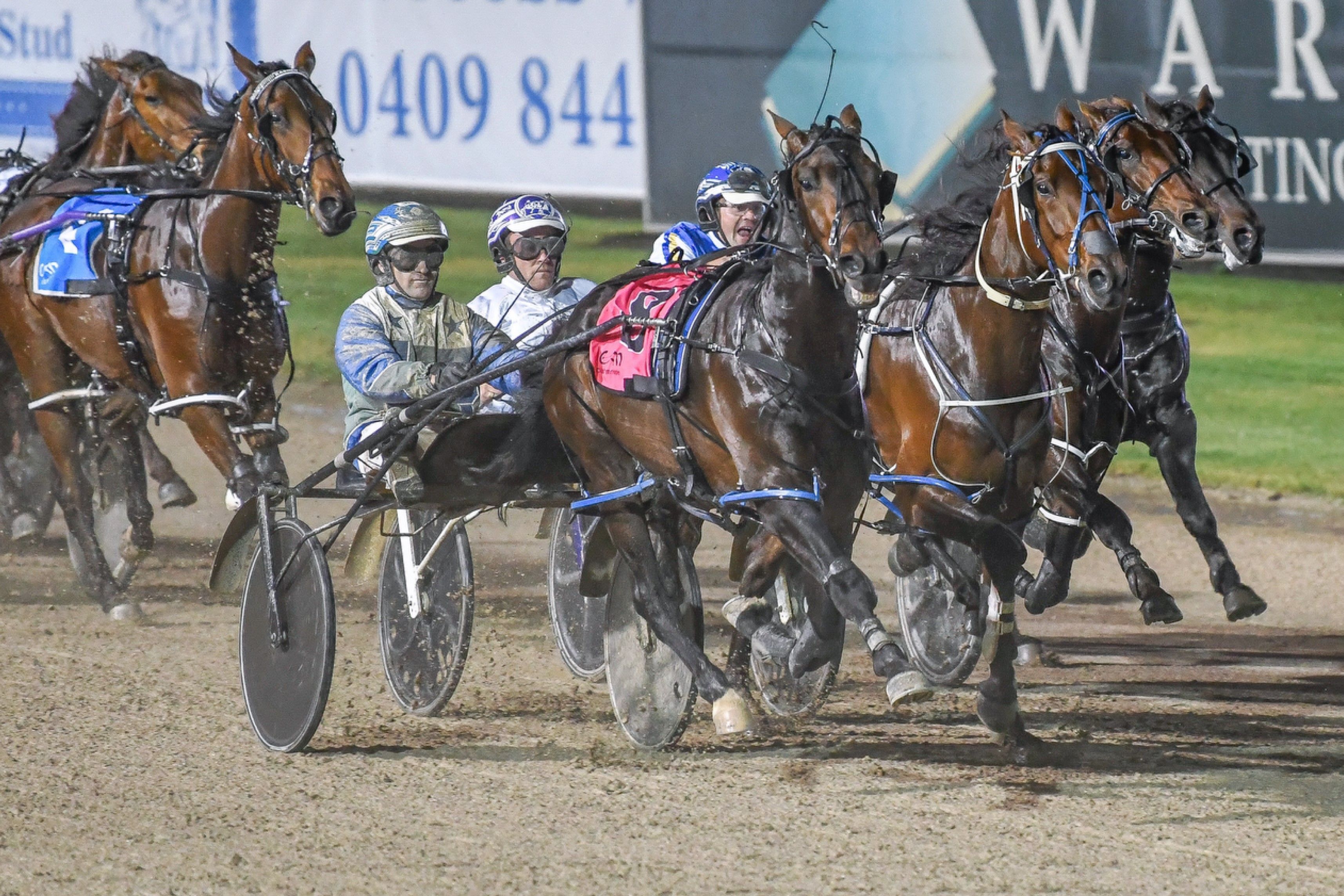 SOMETHING SPECIAL: Bar Room Banta surges to the front before scoring at Menangle tonight.

Bar Room Banta1
MAYBE Luke McCarthy was smarting from his earlier defeat in the stewards’ room. Because the ace reinsman looked like he had a point to...

MAYBE Luke McCarthy was smarting from his earlier defeat in the stewards’ room.

Because the ace reinsman looked like he had a point to prove with super-slick youngster Bar Room Banta, who scampered to yet another stunning victory for McCarthy when he scored a devastating win in tonight’s two-year-old colts and geldings final of the NSW Breeders Challenge.

All the talk before the race was about the equally-talented Tasty Delight, who sat outside Bar Room Banta and almost ran him down in the BC semi-final two weeks’ beforehand.

Drawn inside the Craig Cross-trained Bar Room Banta for this $125,000 final, Tasty Delight was backed into favouritism and was expected to hold out Bar Room Banta and possibly outstay him over the flying mile.

Bar Room Banta zoomed out of the mobile and found the front before the first turn, meaning reinsman Brian Portelli had little option but to sit outside Bar Room Banta for the duration with Tasty Delight.

After an incredible 25.9s first quarter, McCarthy was able to back off the speed a little with a 28.6 second split before putting the foot to the floor and coming home in quarters of 27.6 and 29.2 to score

a stunning three and three-quarter metre win over the again-unlucky Tasty Delight, with Electric Eye, who had a nice soft run along the pegs, a half neck further back in third place.

The winner rated 1:51.2 and now looks destined to return to Michael Stanley’s Victorian stables to be set for their feature races.

The son of A Rocknroll Dance now has the enviable record of five wins from six starts and is a force to be reckoned with in anything he contests.