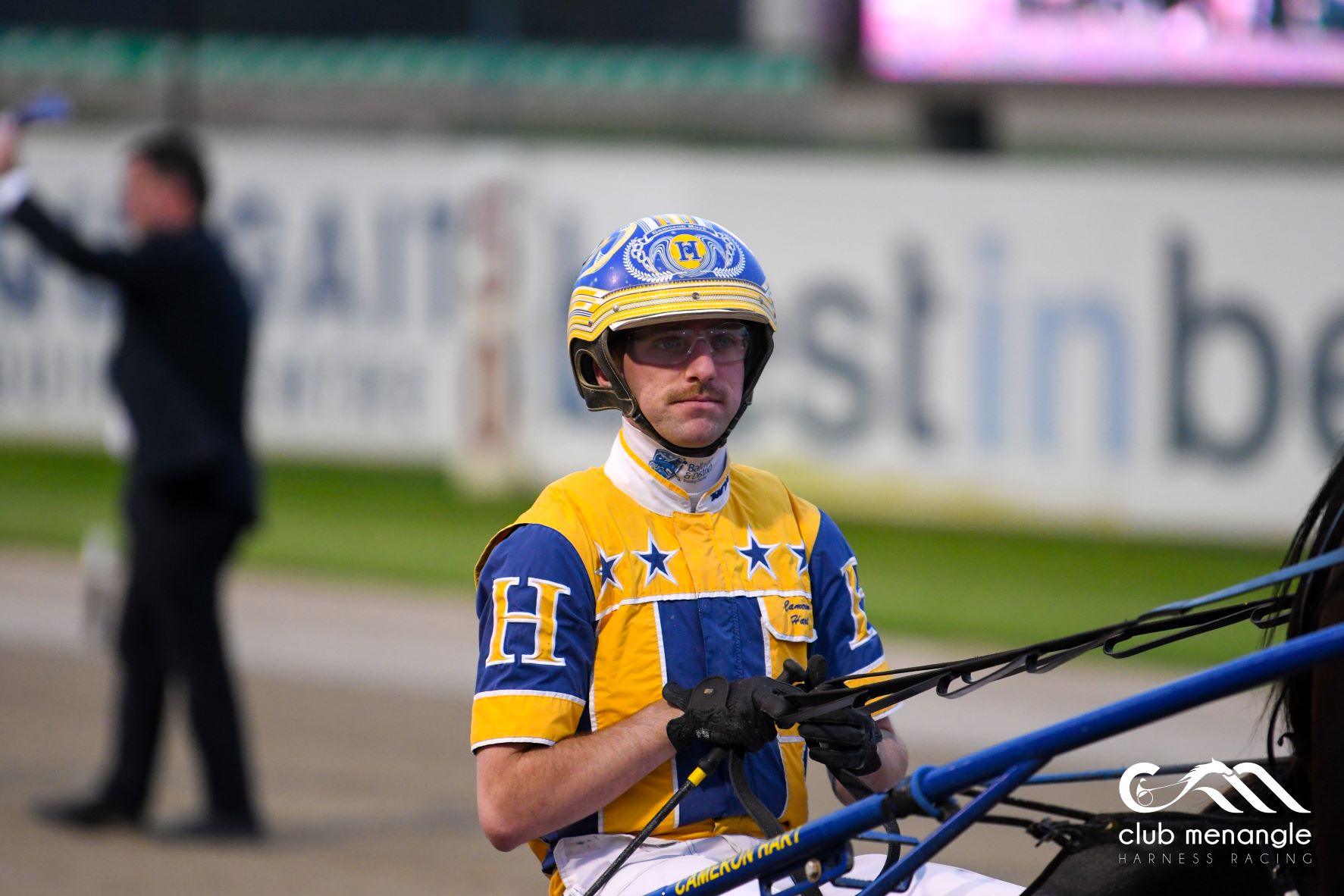 The boys are back in town

Cameron Hart23 Jack Callaghan16 Jack Trainor40
THE boys are back in town . . . and ready to hit new heights at Tabcorp Park Menangle. Menangle will host an unprecedented...

THE boys are back in town . . . and ready to hit new heights at Tabcorp Park Menangle.

Menangle will host an unprecedented 16 races this afternoon and tonight and our young guns are ready to dominate.

Cameron Hart, Jack Callaghan and Jack Trainor have had a week to remember after competing in the $1mNZ The Race at Cambridge last week.

And our premier reinsman Cameron Hart almost pulled off the biggest win of his career when he finished second to New Zealand champion Self Assured aboard the Jason Grimson-trained Majestic Cruiser.

Undaunted by that defeat, Hart jetted back into Sydney and headed straight to Riverina Paceway at Wagga for their biggest night of the year.

And he struck gold there too, landing a winning treble with Sugar Apple, Chrissy Chic and Ideal Dan, all for the Grimson stable.

Trainor was also in the money, winning with Ideal In Dreams, while Callaghan scored in the Wagga Pacers Cup with Mach Shard.

Now the trio have reset and head for Menangle’s ‘double’ meeting with a host of winning chances.

Hart has just one drive in the afternoon part of the meeting when he takes the steer on King Corey ($8) in Race 6.

To cap off a busy night, Hart has also picked up the drive on outsider Avyanna ($21) for David Kennedy in Race 3.

Trainor won’t be driving at either meeting after his long week, which included leaving Australia early to prepare his star mare Stylish Memphis for the big New Zealand race, where she finished a creditable sixth.

He has handed both drives to stable foreman Jack Brown.

Busiest man today will be Robbie Morris, who has a drive in the first race at 1.46 and will still be driving in Race 7 tonight at 9.10.

Jack is BACK . . . and ready to fire
Callaghan gearing up for the week of his life
Trainor thrilled with Memphis’ ‘Stylis...
Jack’s loving his stint at the top
About author