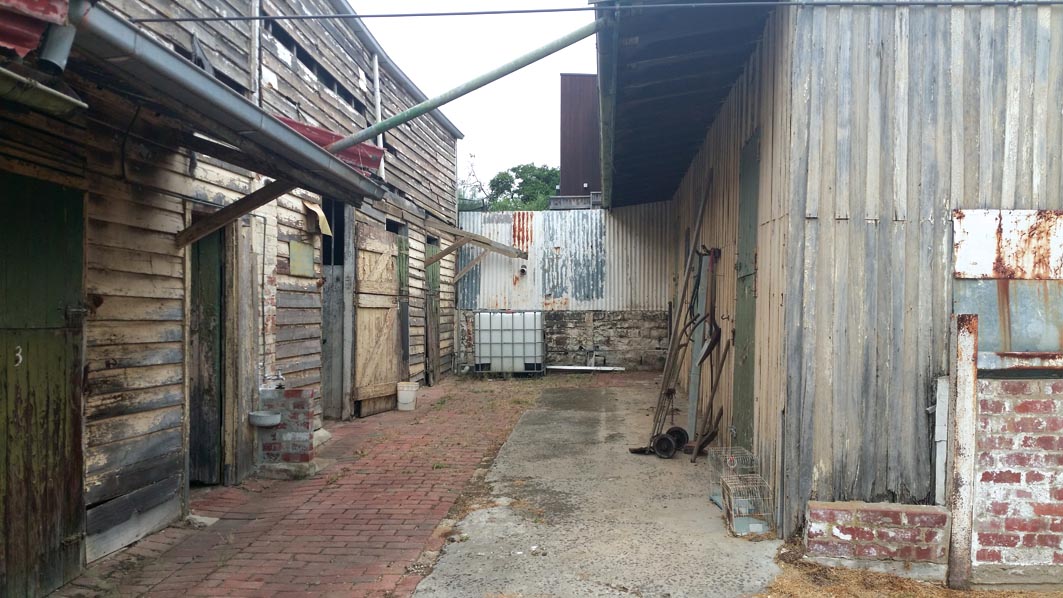 The land that time forgot

SITUATED in the heart of Ascot Vale, a unique property all but serves as a museum to the golden era of harness racing. Owned...

SITUATED in the heart of Ascot Vale, a unique property all but serves as a museum to the golden era of harness racing. 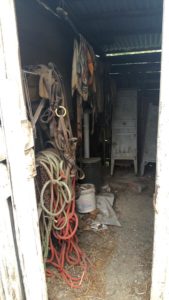 Owned by the same family for more than six decades, the plot is a throwback to a period when suburban stables were wide spread and a regular sight while travelling through the local streets.

In fact, the area could easily fit into Edgar Rice Burroughs’ tale as The Land That Time Forgot given it has been unaffected by modern society – until now!

What is believed to be the last harness stable in the neighbourhood, and only remaining link of its kind to the trots at the Showgrounds, Bill Davin’s ‘horse hotel’ has been listed for auction.

The bidding war is set down for April 14, with developers the favourites to secure ownership.

As such, the antique fixtures, including a four-bedroom circa 1890 weatherboard home with cellar, stables and sand roll, are expected to be demolished in favour of unit-style housing.

Following Davin’s death last July, his sons, Brian, Robert and Graeme, have made the gut-wrenching decision to sell.

“It will be a sad day when the place is no longer in the family,” Graeme said. “Unfortunately it is just how it is. 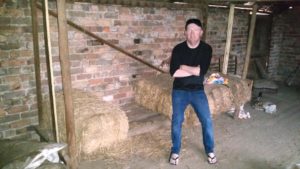 GRAEME DAVIN on “decades old” hay in the stable loft

“In an ideal world it would be great if someone bought and restored it, but realistically, it will be bulldozed and replaced by town houses.

“It won’t be easy seeing the home I’ve known all my life being knocked down, but nothing lasts forever.”

During its prime the Davin site – known as Goodwood – hosted some of the greatest standardbreds of the past century, including six consecutive A G Hunter Cup winners.

Idle Raider was the first, having made the trip from New South Wales to capture the 1963 Cup for respected horseman, Pat Ryan. Idle Raider’s victory came a week after grand South Australian trotter Gramel annexed the V L Dullard Cup while staying at Davin’s stable. 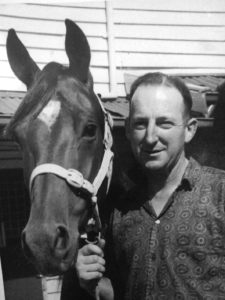 South Australian wonder Minuteman followed Idle Raider’s suit in 1964, with the champion’s trainer Eric Hurley having fond memories of his time in Ascot Vale and of Davin.

Minuteman also won the 1964 Inter Dominion while domiciled at Davin’s before returning to secure the 1966 Hunter Cup.

“Bill was always very welcoming and jovial, but was very selective of the characters who stayed there,” Hurley recalled. “Bill was also the ‘go to man’ if you needed anything…he always knew someone who knew someone.

“The place was kept as neat as a pin and Bill always seemed to have a broom attached to his hand.

“I think the biggest fan of his stables must have been Minuteman, it was his home away from home.

“I didn’t mind the place either as I always seemed to leave there with a Hunter Cup or Inter Dominion trophy in my bag!”

When informed of the pending sale, Hurley referred to the demise of the stable as a “crying shame and loss to the past.” 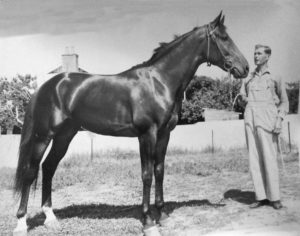 ERIC HURLEY and Minuteman at the Davin property

“Bill’s stables are probably the last remaining link to those halcyon days of the 1960s when harness racing was a front page sport,” Hurley said. “It will be a very sad day when they are demolished.”

Another South Australian also looks back at his time roaming Davin’s establishment as a childhood well spent.

“I was 11 or 12 when we were staying there and it was a great place to visit,” Ross Sugars said. “The place was full of great horses and trainers and plenty for a young bloke do to.

“I reckon everyone from South Australia stayed there in the early days, and I remember if your horse won, Bill would pin its name on the wall – it was his Hall Of Fame.”

Of all the outstanding types which took residence at the stable – including the likes of Robin Dundee, Gramel, Halwes, Westburn Grant, Our Sir Vancelot and Waitaki Hanover – Robert’s favourite remains Gundary Flyer. 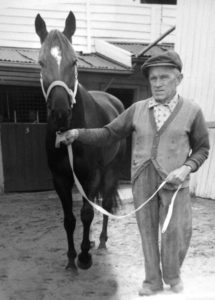 JACK WALSH with Robin Dundee in front of the Davin stables

“Michael Day would come down with his Sandman, which I just thought was fantastic,” Robert said. “He’d also play cricket with me, so they were my favourite.

“Our Sir Vancelot was the best I can remember staying here, while others like Westburn Grant the night he won the Inter Dominion, Chandon and Thorate also stick out in my mind.”

Day’s brother Neil remembers a young Robert “pestering everybody”, while also reflecting on Davin’s Hall Of Fame and dedication to cleaning.

“Bill was a terrific old bloke who always had the place in immaculate condition and looked after everyone who came past,” Day said.

“It was just a walk down to the Showgrounds to work and jog the team, including Friendly Footman and Gundary Flyer, which won the Derby from there.

“One thing that sticks out is Bill kept all the name cards there of the winners. There would be some fantastic history if those are still around.”

Also a successful trainer, Davin worked as a milkman during his younger years, which led to his interest in harness racing.

According to Robert, however, his father’s biggest gain from harness racing wasn’t on the track, but meeting his bride, Valerie. 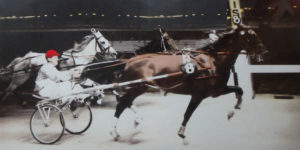 BILL DAVIN driving a winner at the Ascot Vale Showgrounds

Valerie also stemmed from a trotting bloodline, with her father, Tom Pedlar, a prominent owner during the 1950s and ‘60s.

“Dad met mum during the Inter Dominion in New Zealand,” Robert said. “He was over there with the Robin Dundee people, who also used to stay at our house, while Mum was there with her Dad.

“Two Victorians with an interest in the same industry, who have never met, crossed paths while at the races in New Zealand!”

Is fourth time the charm?
Big week ahead
Elder optimistic about her chances
Trainer suspended for cobalt
About author