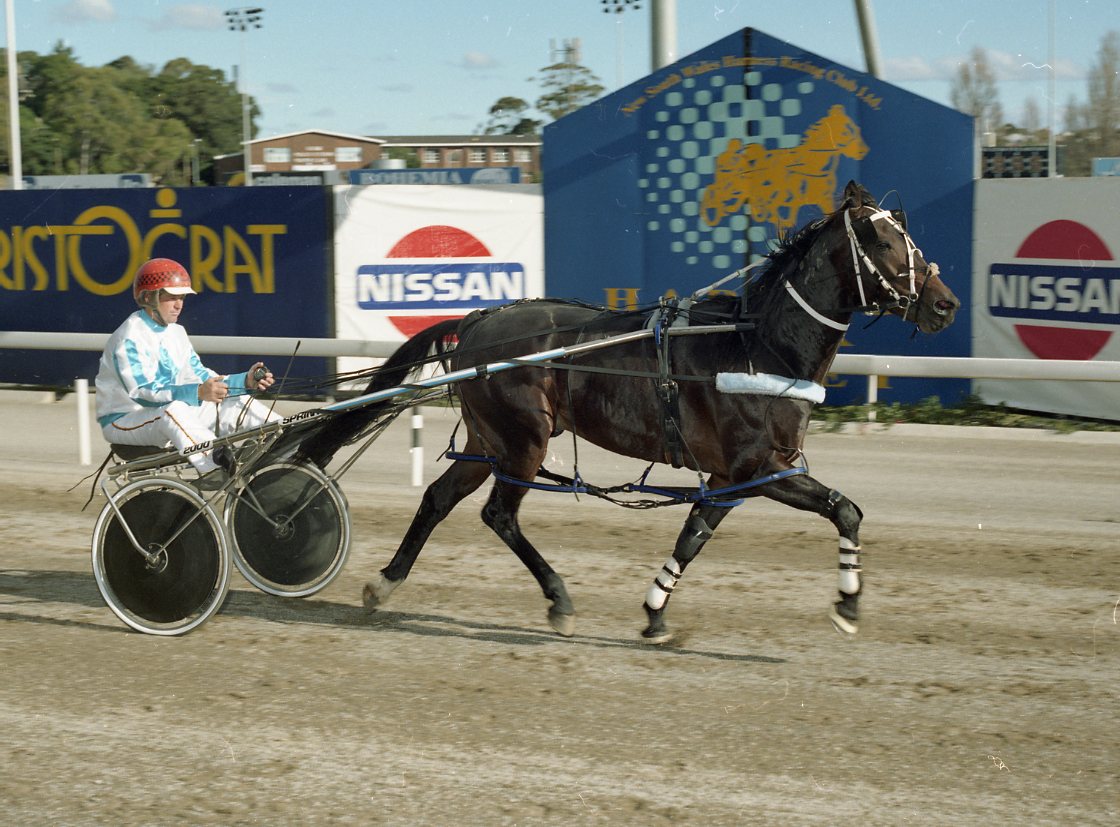 CHAMPION ON AND OFF THE TRACK: The mighty mite Courage Under Fire, who was humanely put down last weekend at Yirribee Stud.

THE DEATH of Courage Under Fire last Saturday will leave an aching void in Australasian siring ranks, particularly that of New South Wales.

‘Courage’ was recently bought as a 21-year-old by a syndicate put together by North Wagga nursery Yirribee Stud, and the signs were there of a ‘Book Full and Closed’ for his first season there.

But such is now not to be.

Tiny in stature (14.2 hands), but big in heart, the son of champion ‘outcross’ sire In The Pocket, and a member of the dominant Direct Scooter sireline of Mach Three and Christian Cullen made almost as big an impact at stud as he did on the racetrack.

Although New Zealand-bred, Australians virtually claimed him as our own, maybe because of the fact that he raced here so often – and in the three eastern mainland states over four years.

Perhaps the fondness ‘Aussies’ had for the ‘Mighty Mouse’ as he was known here or the ‘Pocket Rocket’ as New Zealanders called him, was that Courage Under Fire was owned by one of us – Gold Coast-based former Sydneysider Greg Brodie.

Or just maybe it was in him that Australians and New Zealanders alike saw a horse like none before who epitomised the spirit of the ANZAC. 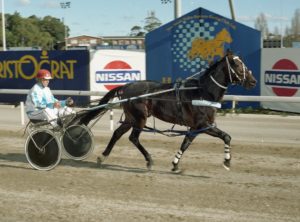 CHAMPION ON AND OFF THE TRACK: The mighty mite Courage Under Fire, who was humanely put down last weekend at Yirribee Stud.

The multiple Group One millionaire was a crowd-pleaser, one of the all-time greats in that department, probably because his grit and determination towered above his pit pony size.

‘Courage’ was out of the Vance Hanover mare Advance Debra, a New Zealand Sires Stakes Final winner, but safe to say that he was the shining light in the female clan.

Many people would say that Courage Under Fire was the best juvenile pacer to look through a bridle in the Southern Hemisphere.

He won his first 24 races, thus attaining cult status, including an unprecedented six Derbys in his homeland and Australia, a record which not only still stands, but one which is unlikely to be broken.

Courage Under Fire was retired to stud after his retirement from the track with 41 wins and four placings from 56 starts, with a 1:54.2 best en route to stake-earnings of $1.551m.

Australian breeders were initially shy of breeding to the little champion, whose first three local books capped at only 15, 19 and 29 mares. Maybe this was because he was New Zealand-based and there were issues with the transportation of his semen.

‘Courage’ garnered huge support from New Zealand breeders right from the get-go, with his first three seasons seeing large books of 151, 127 and 186 matrons.

He showed the ability to leave durable, outstanding colts and fillies alike, from two-year-old through to older horses, with a major, and some would say, unusual, characteristic being that most of his progeny were not stamped with his diminutive size.

Although he failed to win an Inter Dominion Pacing Championship, Courage Under Fire forever will be known as the sire of a horse who did – Smolda.

When recalling Courage Under Fire’s greatness, it is worth remembering racecaller Danny Mielicki’s call not of a win, but rather of the superstar’s first defeat, at Moonee Valley in January, 2000 when he broadcast: “The world must be ending.”

And it did, last Saturday, for ‘Courage.’ Fortunately, though, his legacy lives on.