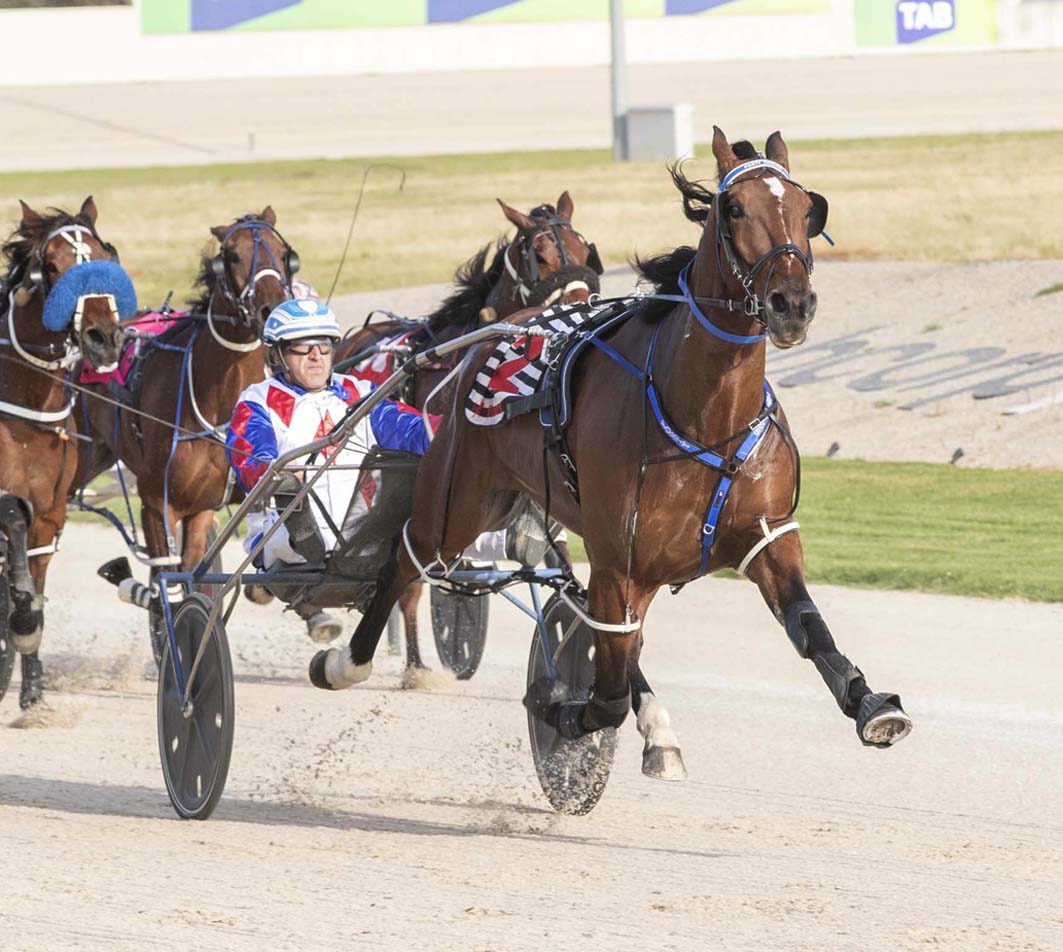 HANDY pacer Forty Thieves was rewarded for his consistency at Tabcorp Park Melton last night. Having been among the placings during his four previous...

Having been among the placings during his four previous appearances at the venue this season, Forty Thieves registered an overdue victory for trainer Joe Pace.

“I was quite confident with him because in his last few runs in town he’s been among the placings and was overdue for a win,” Pace said.

“I knew it was just a matter of time and his time came, which is great.”

With Pace holding the reins, Forty Thieves began quickly to lead from barrier two, with Mymatethomo working in the ‘death seat’.

Fending off the initial challenge on the final bend, the gelding completed a two-and-a-half metre win from Franks Very Much, with Mister Zhivago six-and-a-half metres away third.

“He’s got gate speed as he’s shown on numerous occasions and he prefers to roll along at an even tempo,” Pace said.

“He’s a big horse at 17 hands, and although he can sit up and come home, he struggles if they go slow up front.”

Looking to test the six-year-old this campaign, Pace is considering contesting the Geelong Cup in a fortnight.

“He had good form in New Zealand in stands, which is why I bought him thinking of the country cups, then they changed them all to mobiles,” Pace explained.

“The Geelong Cup at 2500 metres could be an option. I’m not saying he can go out and win, but the distances and conditions will suit him down to the ground.

“It will also be a good test to see how competitive he can be.”