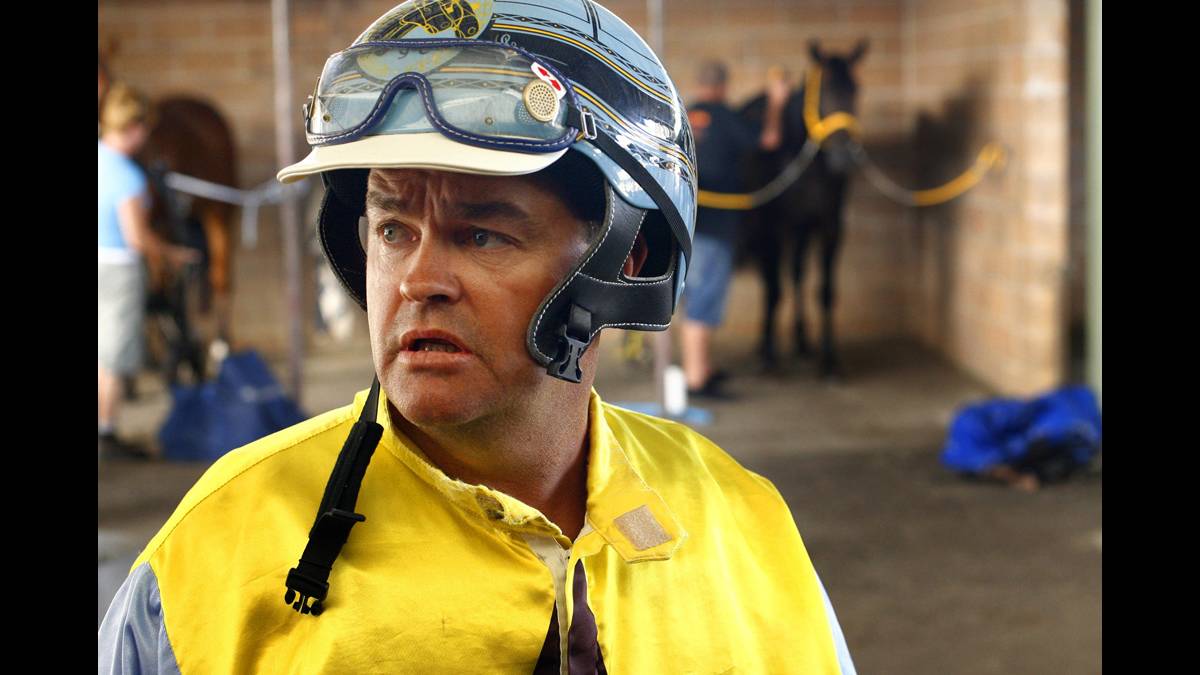 This Guy’s ready to bounce back a winner

Dean Chapple6 Guy Chapple1 Tamworth26
THE past year has been tough going for Maitland trainer-reinsman Guy Chapple. Yet, he has shown some steely determination and is now on the...

THE past year has been tough going for Maitland trainer-reinsman Guy Chapple.

Yet, he has shown some steely determination and is now on the comeback trail.

Two weeks ago, Guy received the OK to get on with his life from his doctors after undergoing an operation along with radiation and chemotherapy treatment to conquer bowel cancer.

“When the doctors break the news to you it feels like the end of the world but with the support of my wife Ange and the two kids (Katie and Mitch), we got through it,” said Chapple.

“I will have a scan before Christmas and hopefully everything will be spot-on and we can keep whacking away.”

Chapple will make his way to the Tamworth harness meeting tomorrow (Thursday) afternoon to fulfill four driving engagements with three of those for his brother Dean, who is domiciled at Moonbi, just outside of Tamworth.

“The Tamworth track has been good to me,” said Guy.

“I have won two Golden Guitar Finals, a Tamworth Cup and The Pub Group Gold Nugget over the years.”

Chapple had his first drive back two weeks ago at Newcastle at the Monday meeting where he piloted Roclea Image to a win with the mile rate of 1.54.3.

Four days later and Chapple picked up his second winning drive behind three-year-old Rocklea Ruler, again at Newcastle, in a mile rate of 1.58.6 with both pacers trained his son Mitchell.

“Mitchell’s horses are going pretty well at the moment and I am proud of him as he has been holding down a job and working six horses for me while I have been off the scene,” said Chapple.

“Dean has put me on a couple of slow ones and I have replied by getting him on Roclea Image at Menangle on Saturday night in a Group 2 race,” grinned Chapple.

Roclea Image and Chappy Streetnorth will contest the For A Reason@Cobbity Equine Farm NSWBC True Blue Series for two-year-old colts and geldings with $150,000 on offer as the prizemoney with Dean Chapple set to drive Roclea Image.

Both pacers are trained by Mitch Chapple, with Guy on this occasion acting as strapper for his sons up-and-coming stable.

“I lost 13 kilos with all the treatment and the doctor told me it would take a little while for my strength to come back fully so I will just enjoy each day as it comes, on and off the track,” said Chapple.

“It has been good to get out and get back to some sort of normality.

“But on the other hand I am happy to sit back and watch Mitch for a while, he is doing a great job.”

With both Dean and Guy Chapple being in the harness racing industry since their childhood, their own children are now stepping up to the plate, and especially in difficult times.

“Jack (Dean’s son) came down in the school holidays and he helped Mitch out.”

Guy Chapple will also take the reins behind Peaksart for good mate Aaron Goadsby in the opening event on an eight-race program at Tamworth.

After the enforced break, Guy Chapple is making an impressive comeback and a quick glance at his statistic reveals that Chapple began his career in the 1988/89 racing season and has secured 810 winning drives, including Group 1 success back in 2013 behind Mach Beauty, who won a four-year-old entires and geldings final at Menangle.

Chapple has also been instrumental in securing $3,596,263 for owners in prizemoney.

Of interest Mach Beauty won a Golden Guitar Final at Tamworth driven by Guy Chapple in the same year.