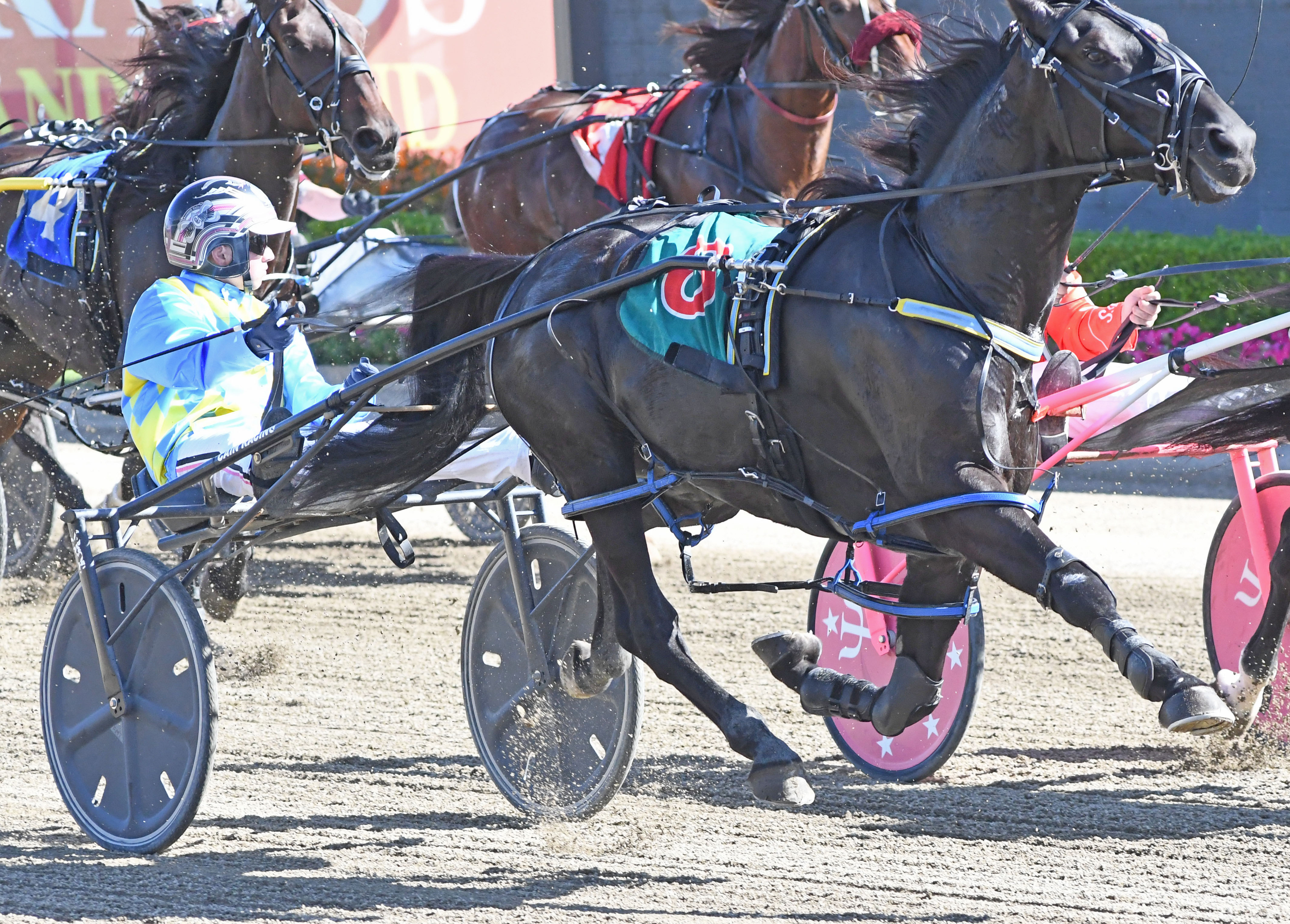 This is ‘Hart attack’ material

Hart3 Penrith38
GET set for a ‘Hart’ attack at Penrith tonight. Brother and sister team Ashley and Cameron Hart will handle an incredible five favoured pacers...

GET set for a ‘Hart’ attack at Penrith tonight.

Brother and sister team Ashley and Cameron Hart will handle an incredible five favoured pacers on the nine-race card at the western Sydney circuit.

And up and coming young driver Ashley will actually have the better book of drives, for a change.

That’s because Cameron has been the form reinsman on the Sydney scene in recent weeks and has been driving with plenty of confidence after representing New South Wales in a young drivers’ championship in New Zealand late last year.

Cameron, who is still only 20, has driven an amazing 46 winners already this season and sits comfortably in fifth place on the drivers’ premiership table in this state behind such champion drivers as Amanda Turnbull, Luke and Todd McCarthy and Rob Morris.

Cameron will steer two horses that will start close to favourites at Penrith tonight, and both are prepared by former Queensland trainer Shane Sanderson.

Sapphire Swayze looks close to breaking through for a win and, despite drawing the outside of the second row, will be well-backed to take out Race 4.

The star young reinsman then partners one of the shortest-priced commodities of the night, Majestic Major ($1.80) in Race 5 as well as several other worthwhile drives.

Yet he might be chasing his sibling around the Penrith circuit as big sister Ashley, who has never driven in better form, has a great chance to land the first three winners.

Ashley will be aboard Diamond Stride ($2.50) for trainer Anthony Butt in Race 1 and will be a great chance of scoring if she can get away from the pegs and into the fray after drawing the inside of the second row.

She will then be aboard $2.75 favourite Crystal Stride for Butt in Race 2, a mare she has handled several times in the past and one with enough gate speed to look for an all-the-way win over the 2125m journey.

And should Ashley win those two opening races, punters will no doubt be backing her to make it a hat-trick when she drives one of her favourite horses, Typhoon Stride, in Race 3.

Typhoon Stride already has six wins from his 26 starts and Ashley has been aboard for three of those wins, at Newcastle, Bankstown and Penrith and this horse again looks to have the gate speed to cross and be hard to run down.

Grima’s watching and learning from the best
Enduring partnership to strike at Penrith
Moustachioed star looking to ‘whisk’ a...
Jonah having a ‘whale’ of a time
About author