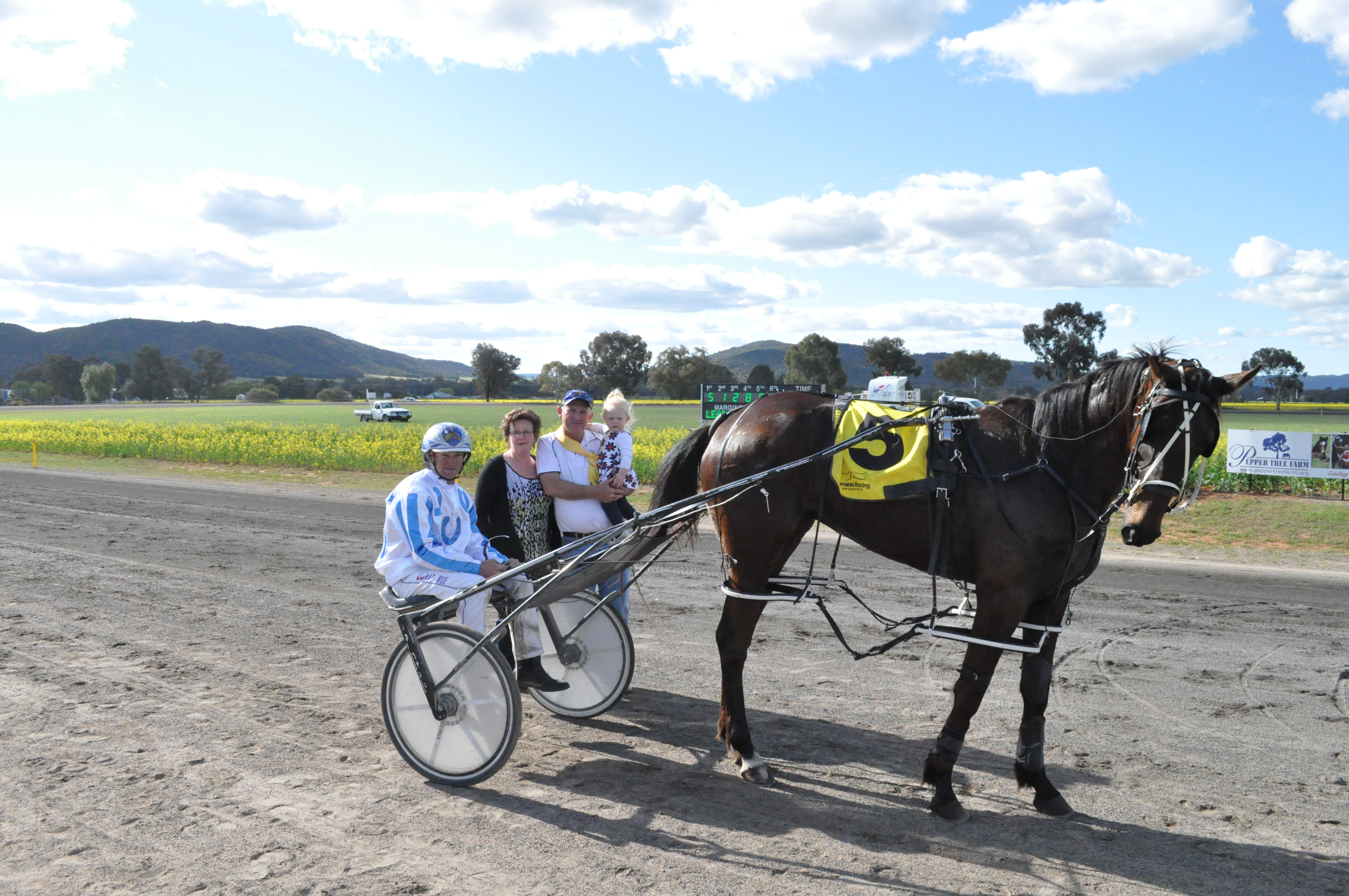 This Lamb won’t be going meekly

PROMISING mare Lucy Lamb can maintain her impressive win strike-rate with another victory at Bathurst tonight.

Trained locally by Ken Rue and driven by his son Mat, the five-year-old  looks well-placed in Race Two to make it eight wins from only 13 starts.

The daughter of Flightpath would have had even a better record if it were not for feet issues.

Lucy Lamb started her career in brilliant fashion winning three of her first four starts and as Ken explains she was trouble free.

“However, when we brought her in next time she suffered badly with corns,” said Ken, who made the move from Canowindra to Bathurst a year ago.

“She also had a minor chest infection so she only had three runs without success. 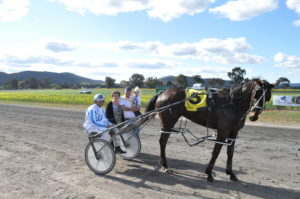 Lucy Lamb started her third racing preparation at the start of July and has looked good in winning two of her three starts.

“She still has the corns but we manage them a lot better,” Rue said.

“The farrier comes every fortnight to do maitainance on her feet, cleaning her heels. She also wears flip-flops which helps in putting no pressure on her heels.

Lucy Lamb was recognised as a leader but added a new string to her bow when successfully driven with cover  at Bathurst a fortnight ago.

Surrendering the lead, she then used the sprint lane to win comfortably in 1:56.2 with the last two quarters in identical  time of 28.7.

“I was really happy with her last win. She settled beautifully behind the speed. That will give her a lot of confidence,” Rue said.

Drawn in gate four tonight, Mat Rue should utilise her early speed to find the pegs first  then assess his options.

The best graded runner Ponte Milvio has been terrific at his past two starts from behind but prior to that was in a speed war to hold the lead at Penrith and did a huge job to finish just 6m from the winner.