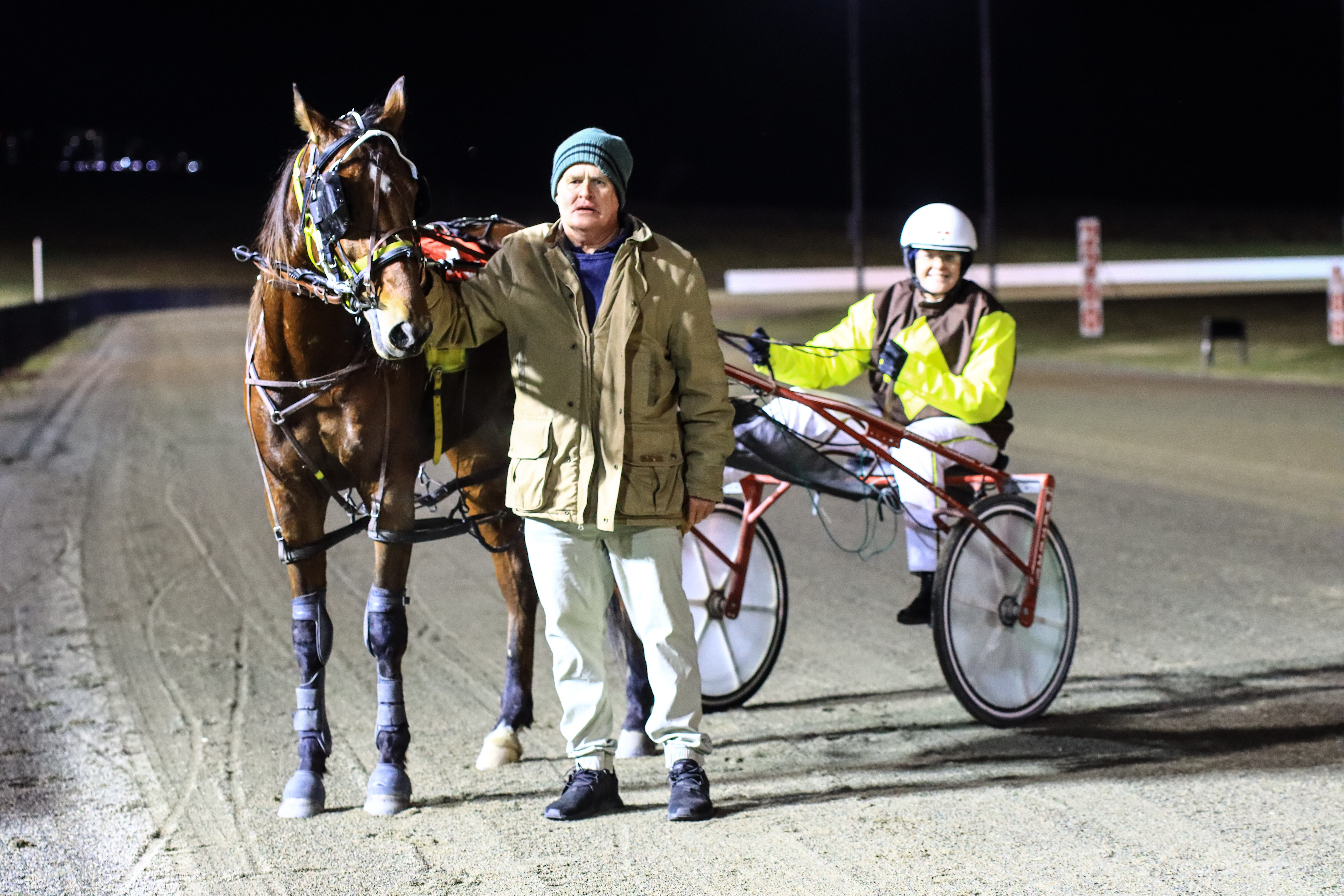 PROUD MOMENT: Trainer Darrell Dwyer with daughter Erika and The Handsome One after their Bathurst win. PHOTO: Coffee Photography.

This time Erika had some tricks up her sleeve

bathurst46 Erika Dwyer1
WHEN you’re driving a pacer that carries the stable nickname of ‘Houdini’, it’s almost a given that he’ll have a few tricks up his...

WHEN you’re driving a pacer that carries the stable nickname of ‘Houdini’, it’s almost a given that he’ll have a few tricks up his sleeve.

And any confidence that he might be ready to give you his best is probably put on hold when he draws gate one and is prone to throw in a gallop or two, if he’s in the mood, when the starter says go.

On top of that you are still looking to land your first winner and you know how Erika Dwyer must have felt when she took to the track with three-year-old gelding The Handsome One at Bathurst on Wednesday night.

Actually there’s one other thing we forgot to mention before Dwyer and The Handsome One scored a mighty win over 1730m, beating Tulhurst Lover and Courage Lips!

Trainer Darrell Dwyer didn’t even remember to give his daughter Erika any instructions before she took to the track for her 1.4m win in a 2:01.2 mile rate.

“Only then did I realize that Dad didn’t tell me how he wanted me to drive him,” grinned Erika who broke through for her first win at only her fourth or fifth drive in a race.

And such were the impeccable manners or Houdini, err, I mean The Handsome One, that Dwyer pretty-much knew she had them in her sights turning for home and went on to score the most impressive of wins.

Dad Darrell trains out of the Showground at Bathurst and Erika has been doing the trots since she was in primary school.

“I’ve been helping Dad out, well, it seems like forever,” she says.

“But I only decided to get my license when I moved back to Bathurst after four years at Uni in Canberra.”

A teacher in Orange, Dwyer, 22, says her father is the real reason she loves the sport.

He works three horses but it is still a long day for them: up before 5am to feed them, off to work and back there after work as well.

Dwyer says going into the race she felt she did have a shot at winning.

“Drawing one is not his favourite draw and when there was a false start I was a bit concerned because last time that happened he just pulled himself out of the race he pulled that hard,” she said.

“But this time he came straight back under me and I remember thinking right then that we really had a shot [at winning].

“When we got clear I knew I had them. It was pretty satisfying.”

Dwyer says she will keep harness racing as a hobby and might get her trainer’s license “somewhere down the track”.

“We bred The Handsome One and he is the most frustrating horse ever.

“He pulls out more tricks than Houdini and always finds something extra to pull out of a Wednesday night that is not in the plan.

“We have been back to the drawing board so many times and now I can say that maybe we have finally cracked him.”

The Handsome One heads to Dubbo on Sunday where he has again drawn one, which will again test her patience.

“I had my first drive on him, got checked and we broke,” she said.

“We’ve also had gear malfunctions and he’ll gallop at the drop of a hat.”

Dwyer rates Amanda Turnbull is the best driver in Australia while Jocelyn Young in WA is another one she loves watching in action.

“We follow the harness racing closely over there; Dad has family there and we always watch it closely,” she said.

Obviously The Handsome One is her favourite horse.

“He’s probably the first horse I’ve been able to fiddle around with. He was in Canberra with me too and he’s my favourite, for sure.

“On Wednesday night I went out onto the track and suddenly realized it was all up to me.”

And after the race?

“He has been working the house down at home so we knew he could do it . . . and he just had to put it all together.”

Dwyer says she doesn’t know what she would do with her days if there was no harness racing.

“I received heaps of nice of messages from people congratulating me on the win.” 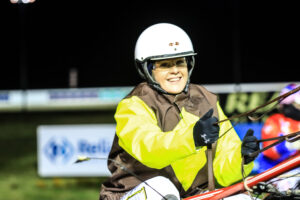