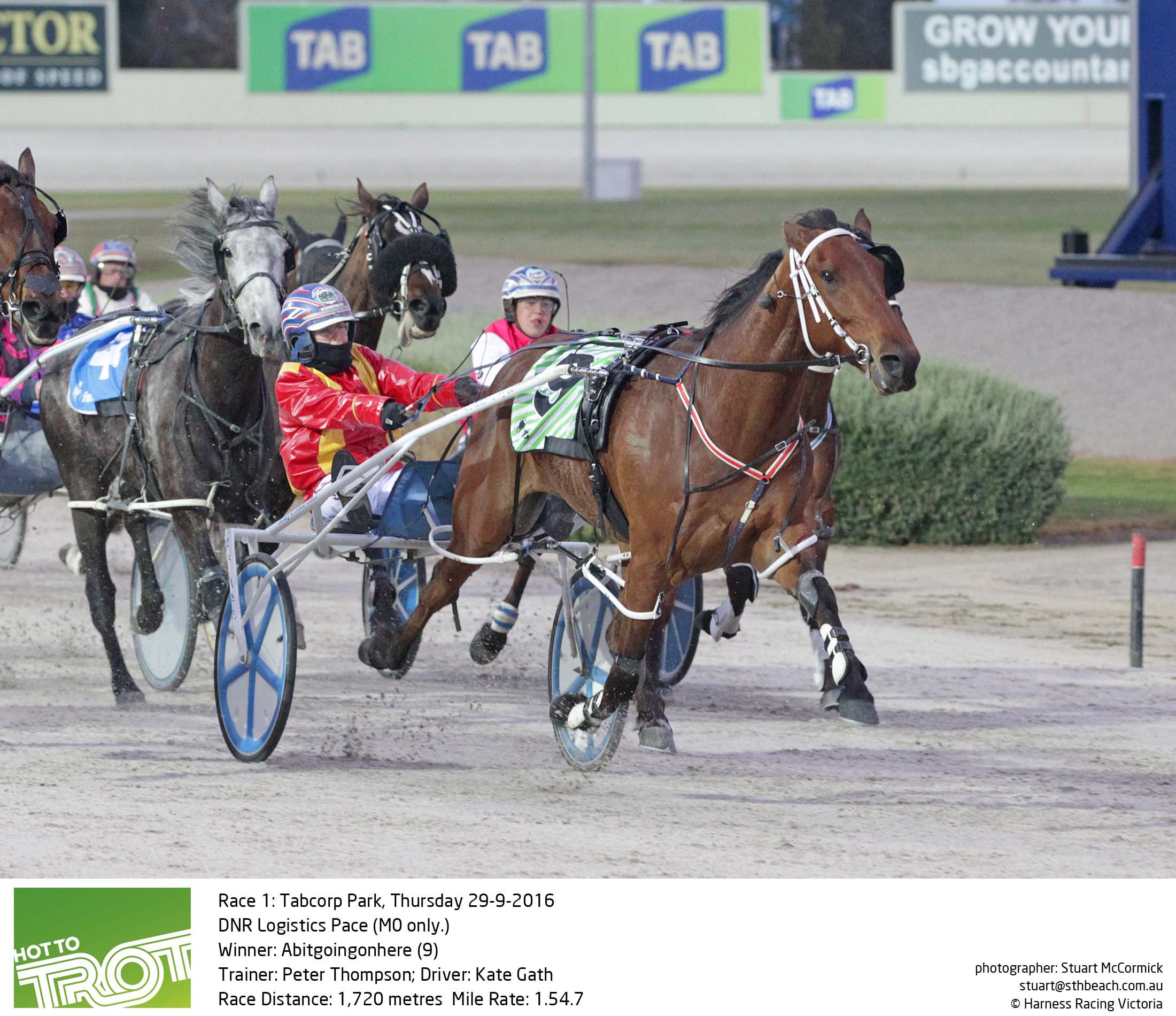 CAPTION: Abitgoingonhere takes out his M0 in style at Melton last week.

Thompson glad that he had a Bitgoingon 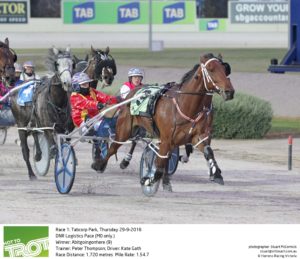 CAPTION: Abitgoingonhere takes out his M0 in style at Melton last week.

The Peter Thompson-trained five-year-old vied for favouritism with Bad Boy Brad ($3 favourite) despite his second-row draw and was lucky to miss the interference when the popular elect galloped shortly after the start.

Kate Gath pursued a three-wide move to sit outside the leader Hoo Nien with a lap to travel and the son of Grinfromeartoear fought off all challenges in the home straight to score by two metres from Game We Play with Hollys Miss Molly three metres away in third place.

Abitgoingonhere had finished runner-up in two of his previous starts at headquarters and Thompson agreed the win was richly deserved.

“He most certainly deserved to win his M0,” Thompson said.

Thompson admitted he had his concerns halfway down the home stretch.

“I was a bit worried at the 150m mark when the second horse started to come at him as my bloke had done a bit of work in the run but Kate said he just laid his ears back and kept finding,” he said.

Abitgoingonhere was entrusted into the care of Thompson by leading SA horseman Ryan Hryhorec a couple of months ago.

“Ryan brought him across to have a crack at an M0 and when he went home he left the horse with me,” he said.

“I think he left him here hoping rather than knowing whether or not he could win an M0 but he has shown that he is competitive at least in this class and now the big question is can he win an M1.”

Abitgoingonhere has been a model of consistency throughout his career wining 15 races with a further 15 placings from his 42 starts.