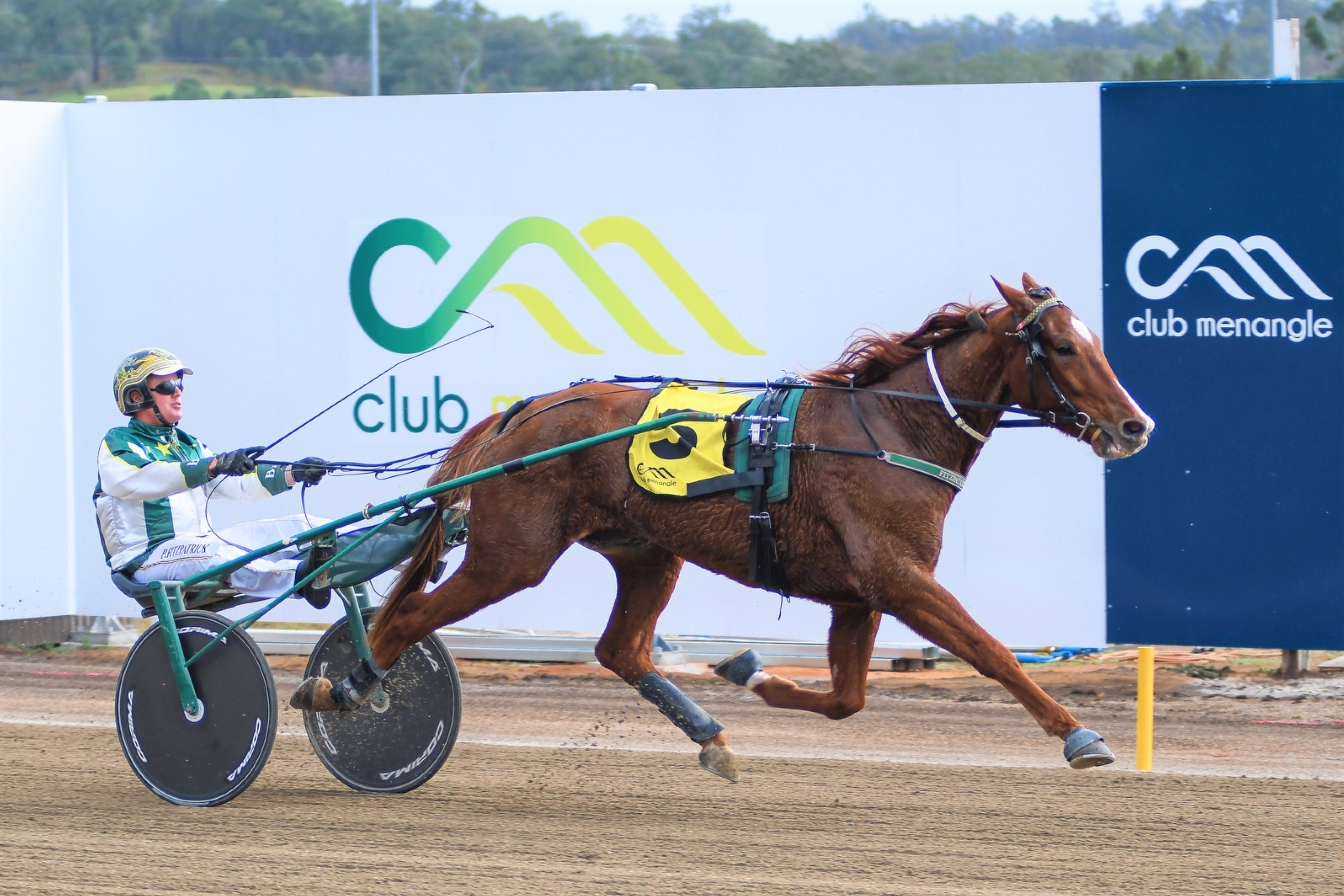 Three out of four ain’t bad

Blake Fitzpatrick5
ANY frustrations brought about through training about 15 square-gaiters were soon forgotten at Menangle this week. The state’s leading trainer of trotters, Blake Fitzpatrick,...

ANY frustrations brought about through training about 15 square-gaiters were soon forgotten at Menangle this week.

The state’s leading trainer of trotters, Blake Fitzpatrick, must have left Tabcorp Park Menangle feeling very satisfied with himself after a day to remember at the south-western Sydney home of harness racing.

Blake missed winning the first of the four trotting races with his three youngsters On Advice, Lucky Charm and Fancy running second, third and fourth respectively behind the talented Aldebaran Ursula.

He soon made up for that ‘minor’ disappointment with wins in the next three races for the trotters, scoring with Deneuve Star, My Mdina and Gimondi.

And just to add to his remarkable day, one of Blake’s ‘headache’ horses, Moment In The Sun, also finished second, behind Gimondi, in Race 4.

“Yep, not a bad day at the office, certainly a day to remember,” grinned Blake, who these days prepares about 15 trotters, which comprise probably a third of the big team he works at Cawdor.

“To be honest I was happy with all three of the young ones and they have all improved with every run,” he said.

“Even though they didn’t win I was pretty happy with their efforts.”

Working the trotters can be frustrating when they throw in the odd gallop – usually at the most inopportune times.

“We get frustrated at times, that’s for sure,” said Blake.

“I leave the races some nights and wonder if it’s all worth it.

“Thankfully, Tuesday was not one of those days.”

If Blake had to pick one out of his team, he feels three-year-old colt Gimondi could develop into a nice horse somewhere down the track.

“He’s very immature but he will improve with a good break,” said Blake.

“It’s hard to pinpoint one as better than the others: Caligula has always shown a lot of ability too, but his manners have let him down at times.

“Moment In The Sun has been a frustrating horse and she has won going 1:55 and can be inconsistent with her manners, at times.

“You have to persevere though. I have to work her quite hard to stay on top of her and try different things.

“The shoeing is a big part of it, for sure.”

Blake says the stable aims for about 100 wins per season, or get as close to that as possible.

“Like everyone we’re looking for a good horse too, and that isn’t easy,” he says.

Blake looks to his right-hand man, former New Zealander Jack Trainor for a lot of support and he admits the pair have never had a blue – ever – which must also be some sort of record in a sport with so much everyday pressure involved.

“Jack’s pretty easy-going – I guess we both are,” he says.

“He gets on with everyone at the stables.

“We both drive and we’ve both driven some bad races but the next day we move on,” he says.

“No-one is perfect, we’ve all made mistakes and we don’t dwell on the past.

“The Corona virus has changed things as Paul had intended retiring from training and moving to Canada,” said Blake.

“But that has all changed, for the moment.

Blake explained that Court was preparing the talented Hail Christian at Menangle as he wanted the horse to be close to the water walker.

“He’s still there and we’re waiting to see what happens with the virus,” he said.

“Paul is still training him, at this stage.”

Blake has a good opinion of Hail Christian, who will race on Saturday night against the likes of Cash N Flow.

“He’s an opportunist horse when he gets the right run and things go his way and the race is truly run – and then he’s dangerous,” said Blake.

“But he’s a horse that has never been able to make his own luck and that’s been his downfall.

“Some of the sectionals he has run have been unbelievable.

“This prep he needs to step up and hopefully this should be a good one for him.”

Blake’s father Paul Fitzpatrick has always played a big part in Blake and his brother Gavin’s career and he still pulls them into line occasionally: “When we need it,” grins Blake.

Blake says the regional racing has been convenient, but they miss sending some of their lesser lights to Newcastle and Bathurst to race.

“Some of them struggle here in the harder races and that’s the side of the stable that has been affected,” said Blake.

“We’ve lost a number of horses – they either had to turned out or sent elsewhere.

“We’ve also had a number of two-year-olds which would be set for feature races but that has been stopped.

“It’s had a snowball affect really.

“But when this [pandemic] began we thought all racing might stop, so we have been so lucky to keep racing – and we are so grateful for that.”

* Meanwhile another of Blake’s stable stars, Leonidas has been sold to the US.

“It was too good an offer to knock back,” he said.

“The virus hit and the flights were cancelled so he’s still in Victoria but he will head for the US when the flights open again.”

Blake will drive Hail Christian on Saturday night and expects he will improve on last week’s run.

“He’s a top three chance, for sure,” said the ace horseman.

“Caligula is also a chance and Bracken Storm, who won well the other day, is a good chance in the first.” 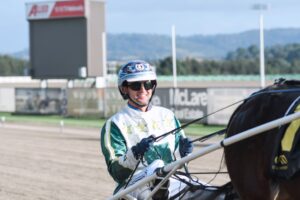 BIRTHDAY DOUBLE: Jack Trainor was all smiles after his winning double for the Fitzpatrick stable.

A BIT OF LOCAL KNOWLEDGE IS ENOUGH FOR MACDONALD
Preview: Menangle Tuesday August 29
Fitzy’s ready for his Moment In The Sun
Mare to bow out on high note
About author