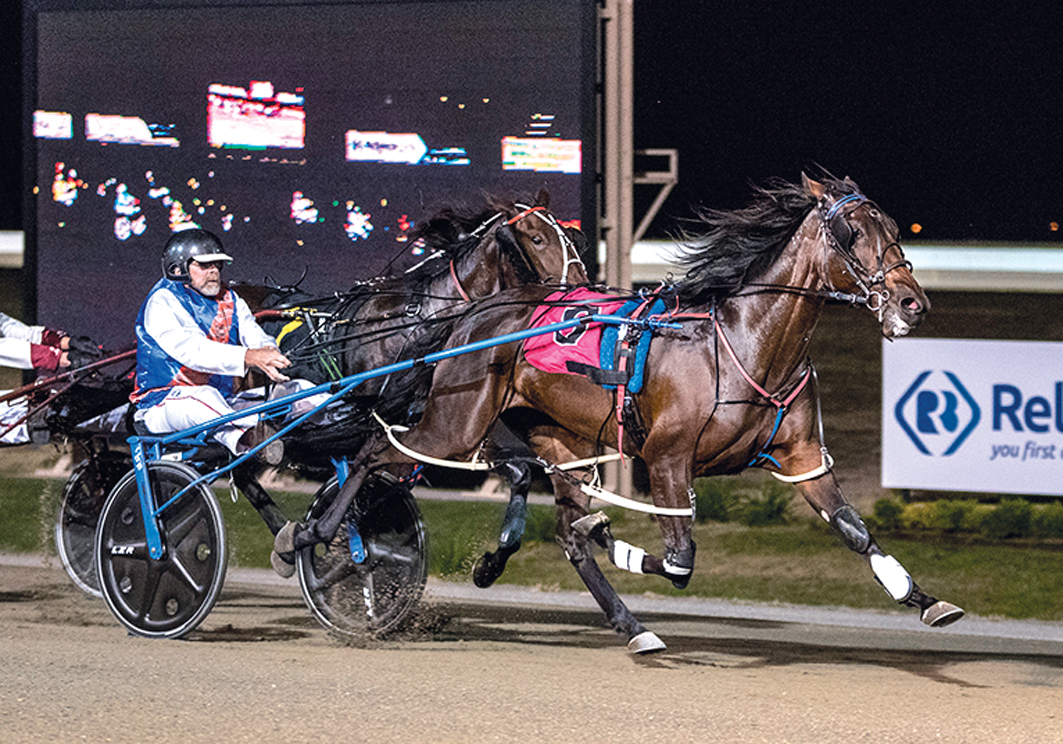 IT’S taken three generations, but the family finally boasts a Bathurst Gold Tiara winner. Thanks to her success in last night’s Group One, Major...

Thanks to her success in last night’s Group One, Major Kiss has broken a hoodoo surrounding the feature.

By Art Major, the two-year-old is from Kiss Kenny, which won her Tiara heat in 2013 before running fourth in the Final captured by Distant Memory.

Kiss Kenny’s dam, Lombo Pow Wow, was triumphant in her 2005 qualifier before finishing second behind Boa Vista Lombo in the Final.

Like her mother and grandmother, Major Kiss captured her heat for astute horseman David Jack leading into the $100,000 decider.

This time fate was on Major Kiss’ side, with the filly scoring from Glenledi Babe and Miss Halfpenny in 1:57.1 over 1730 metres.

Driven by Jack, who co-owns the youngster with his wife, Anne, Major Kiss extended her record to three wins and two placings from six starts for earnings of $64,490.

“It took three generations, but we finally got there,” Jack said. “We bred this filly and her dam and had this race picked out for her a long time ago.

“When she won her heat comfortably I just thought if we got a nice draw she’d be the one to beat, but the outside of the front row changed it a bit and I thought it’d be harder than I originally expected.

“She worked into the race nicely, and when she was making her run three-wide, she was travelling better than she ever has.

“She’s improving a bit each trip. She has got a bit of speed and is strong, which is a good combination at this stage.”

To be given a short break, Major Kiss will then be aimed at the rich Vicbred Super Series and Australasian Breeders’ Crown.

“I will give her a little freshen up now,” Jack said. “Not a long break, just enough to let her out before we have a look at the Vicbred.”