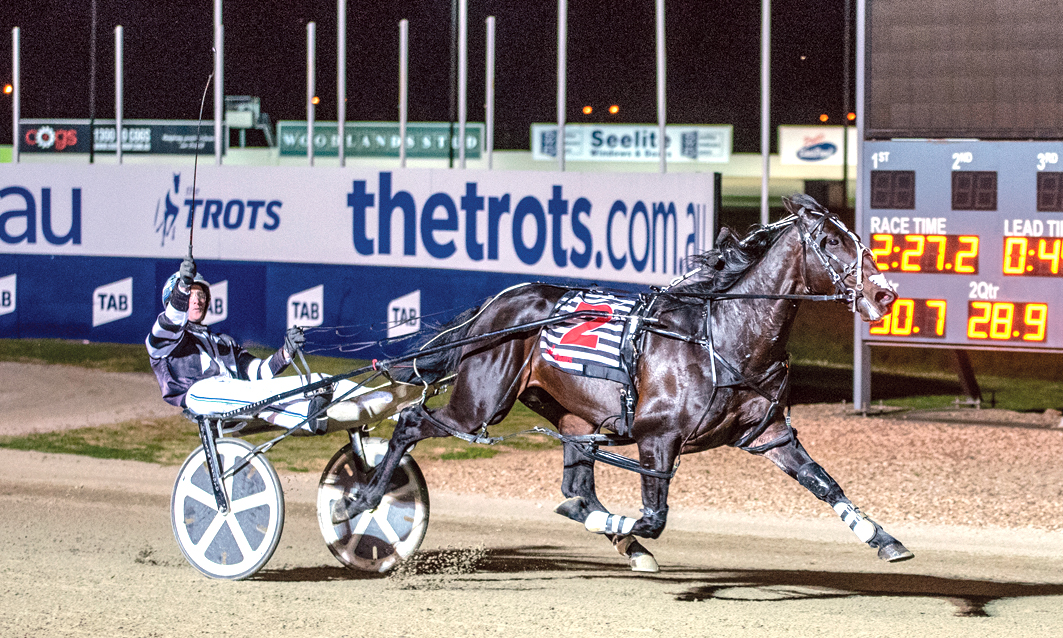 AN OMINOUS warning has been issued by colourful trainer Kevin Pizzuto. With the Inter Dominion just two days away, the New South Wales-based horseman...

AN OMINOUS warning has been issued by colourful trainer Kevin Pizzuto.

With the Inter Dominion just two days away, the New South Wales-based horseman has declared Tiger Tara is the best he has been all season – including before his mammoth New Zealand Cup run!

“I couldn’t be happier with him,” Pizzuto said. “This is the best I have had him.

“I thought he felt good before the New Zealand Cup, but he is a monster now compared to then.

“It is the best shape he has been for a while and he will be ready to make a race of it.”

Filling the placings during the first two rounds, Tiger Tara made his way into the winners’ circle in the third heat last weekend.

With the son of Bettors Delight to begin from the outside of the front row, Pizzuto believes the draw gives driver Todd McCarthy “a few options”.

Tiger Tara is on the fourth line of betting with TAB Fixed Odds at $7, with New Zealand raider Spankem the $3.10 favourite from gate three.

San Carlo is rated as the best of the locals at $9.50 from the inside of the back row.

“I’m not all that concerned about the draw,” Pizzuto said. “We’ve got a few options from there so we’ll see what happens at the start.

“Once the starter lets them go Todd has to decide on Plan A, B or C, but that’s what top drivers like him do best.

“Either way, they will know Tiger Tara is in the race as he will love the 2760-metre trip.”