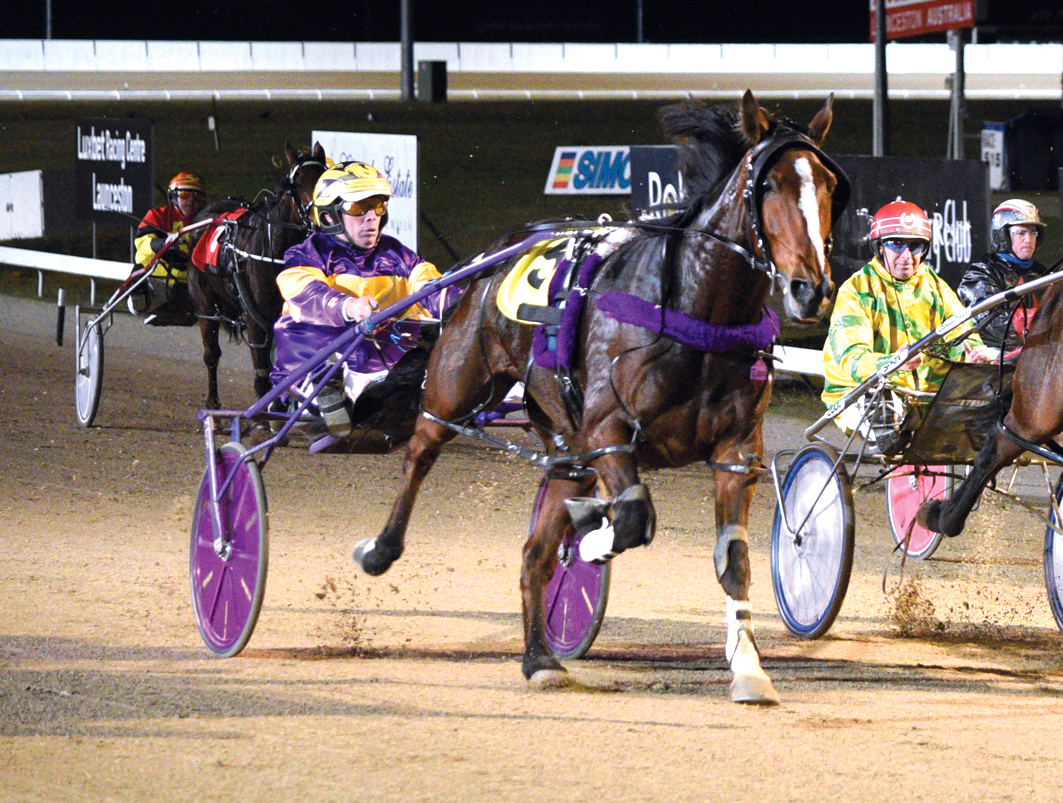 SUNDAY night’s free-for-all in Hobart shapes as an interesting affair. A field of eight will compete over 2090 metres, with the assembling a mixture...

SUNDAY night’s free-for-all in Hobart shapes as an interesting affair.

A field of eight will compete over 2090 metres, with the assembling a mixture of rising stars and proven veterans.

The latter brigade is led by Australian record holder Destreos, which is the sole runner along the second line in what will be his 457th start.

Destreos will be joined by rejuvenated pacer Star Chamber, which will begin from the outside of the front row.

Scooterwillrev spearheads the ‘Johnny Come Lately’ crew, with ample support coming from Jaks Teller and Rocknroll Turbo, which has fared best in the draw.

Successful at his last three outings, the son of Rock N Roll Heaven faces his first ‘test’ according to Hillier.

“This is a good test for him,” Hillier said. “He is going the best I’ve had him and from a draw good it is a good place to see how he can measure up against the free-for-allers.

“We’ve got a couple of options from the draw with him, including using his gate speed. I’m confident he will go very close.

“Scooterwillrev is airborne at the moment and is the one to beat.”

Should Rocknroll Turbo emerge triumphant, Hillier will take the five-year-old across Bass Strait for a couple of targets.

“If he can win this race I will look at taking him to Victoria for an M0 and the Breeders’ Crown Silver,” Hillier said.