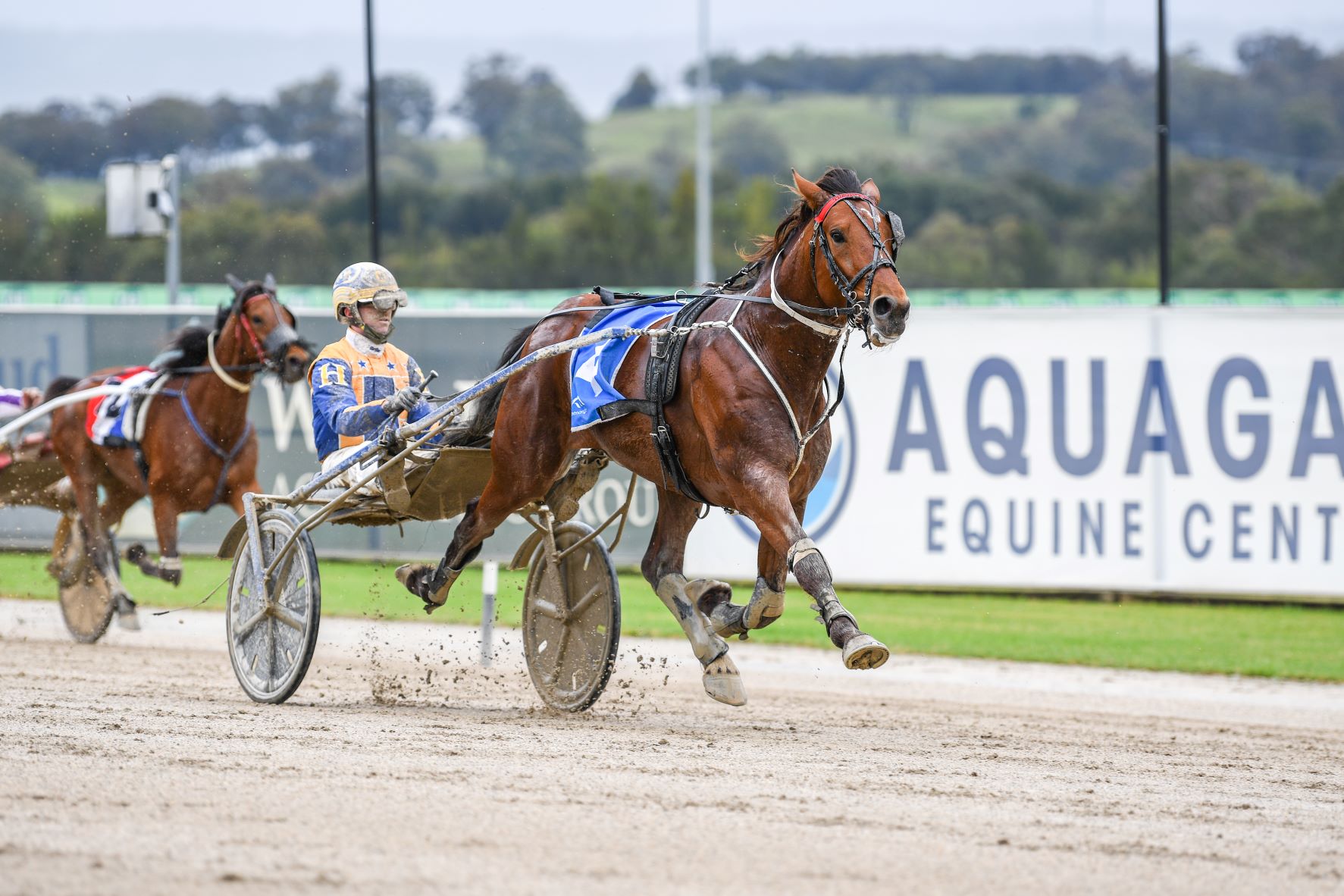 Timothy the find of the series as Randos rejoice

IT’S fair to say the Joe and Mary Rando training partnership are living the dream at the moment.

They probably felt it might have been a year too early for Timothy Red, their star square-gaiter who had won just three races from 14 starts going into this Inter Dominion Trotting Championship.

The four-year-old stallion has now won two heats, ensuring his spot in the final and the Randos are still in dreamland.

“We’ve got no words – this is just amazing,” said Joe after Timothy Red shot up the passing lane to account for Maori Law and Pink Galahs in 1:56.2, in his second stunning effort in the space of five days.

“He can come off speed, he’s just loving his racing at the moment.”

Joe’s wife Mary was even more excited: “The draw means so much in these big races,” she said.

Both Randos were full of praise for the efforts of young reinsman Cameron Hart, who has done everything right in handling their stable star.

“We just love our horses – this is just surreal.”

Hart said the draw did help but so often things didn’t work out as planned in big races like this trotting heat.

“But we got the perfect trip and when some of the others were starting to flag, he was just jogging and I knew he’d be in the finish.

“He’s such a big strong bugger – he’s hard to stop.

“He relaxes so well in his races and I’m certain the 300m of the final will suit him as well.”

Joe Rando explained that Timothy Red had pulled up so well from his first run and would continue with just a few light jogs to get ready for his next challenge.

“He’s just so above himself,” he said.

It’s ‘Red for go’ as Timothy springs an Inter Dom ...
About author