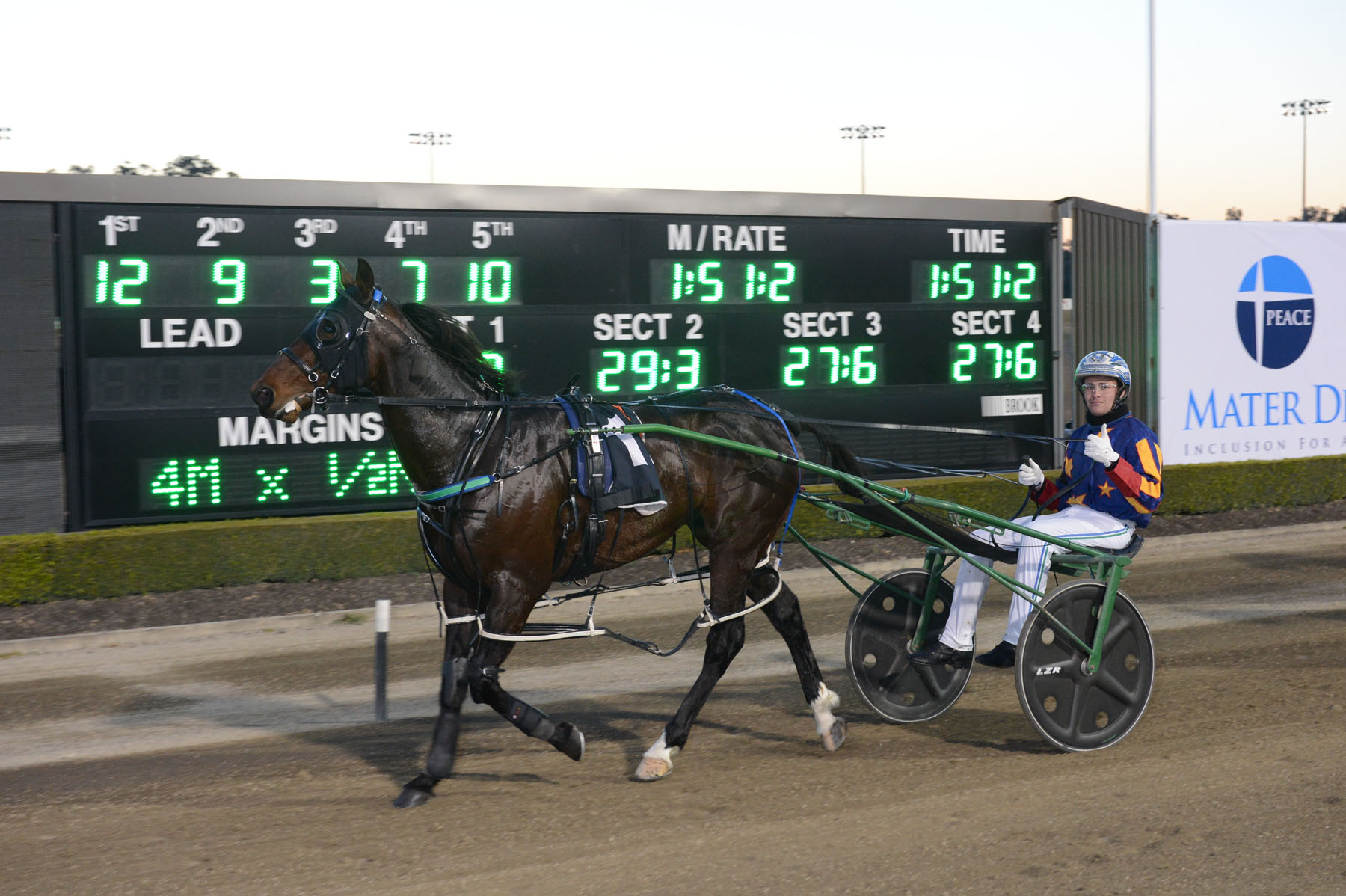 TODD TAKES THE HONOURS WITH A TREBLE

McCarthy won the opener with Lord Zin Zan ($8.40) who displayed a welcome return to form for Todd’s father John who trains the five-year-old.

Recording his 13th win from 40 starts, Lord Zin Zan ran the fastest time of the meeting.

Winning in 1:51.2 seconds, the son of Bettors Delight kicked away coming off the home turn to hold off runner-up Expressionist, with odds-on favourite, Shane and Lauren Tritton’s Lombo Kotakinabalu ($1.70) a half-neck further behind in third.

McCarthy teamed up with trainer Kevin Pizzuto for the second and third legs of his treble.

Short-priced favourite Egodan ($1.40) proved to be too good when winning for the 16th time in his career. 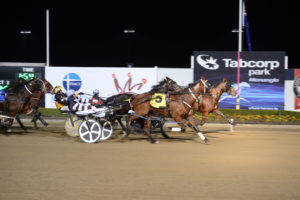 The son of Sportswriter, Egodan battled hard to grab the lead before the first turn and showed tenacity to lead all the way to the finishing post.

The pair was neck and neck over the final 200m but Code Black grabbed the lead to win by a half-neck and chalk up five straight victories.

Other notable winners at the meeting included driver Chris Geary who notched a double to cement his second spot behind current leader Amanda Turnbull on the NSW Drivers’ Premiership ladder.

A long-awaited win for the Tritton’s Mach Beauty ($2.30) gave Geary the first leg of his double.

The victory was the eight-year-old gelding’s first win in 25 previous starts.

Geary backed up with a win for trainer Darren McCall with Rocknroll Music ($12.20).

The six-year-old gelding led all the way and just held on to win by a head from the fast finishing Lets Cut Loose.

It was a welcome return to form for Rocknroll Music as he had failed to win in his previous 19 attempts.