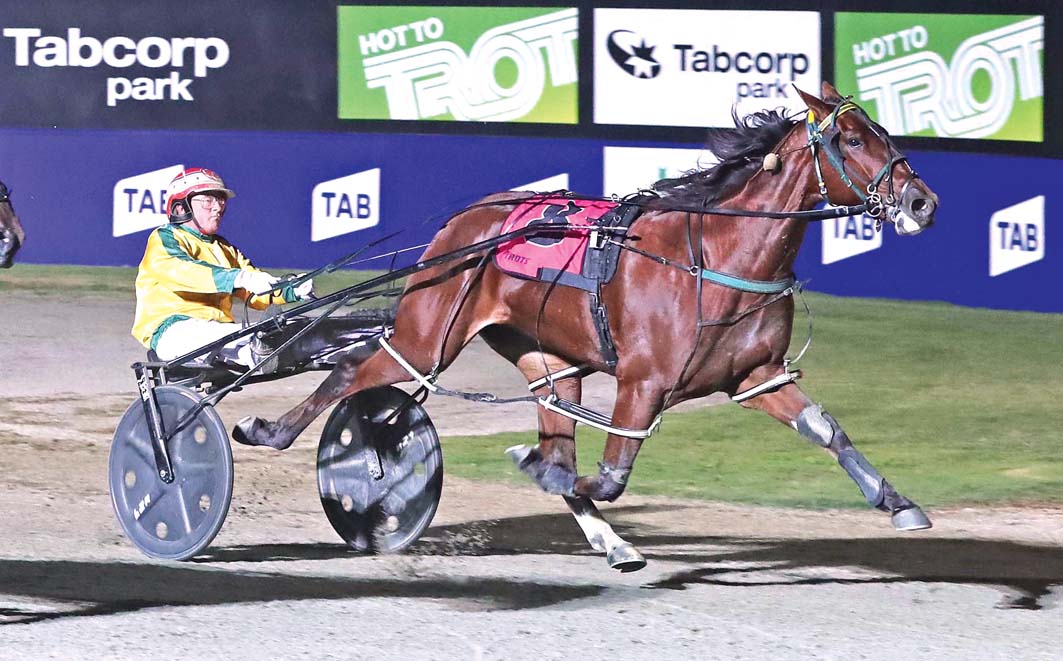 TONIGHT’S performance will determine the remainder of Molly Kelly’s campaign. With a couple of targets in mind for the mare trainer Bruce Harpley is...

TONIGHT’S performance will determine the remainder of Molly Kelly’s campaign.

With a couple of targets in mind for the mare trainer Bruce Harpley is using her effort at Tabcorp Park Menangle as a deciding factor on which direction he will head.

“The last Go Girlfriend heat is on next week, with the Final at Menangle on June 8, so that is an option for her,” Harpley said.

“She also has the Breeders’ Challenge coming up not long after that.

“I’ll see how she goes tonight before deciding what is next, but if she goes as good as I’d like, I may just go straight to the Breeders’ Challenge.”

Heading into her pending assignment as a last start winner, Molly Kelly’s task has been made difficult by the draw.

The daughter of Four Starzzz Shark is set to begin from the outside of the front row, with her main danger – Lettucefirestar – positioned to complete a hat-trick from barrier two.

Lettucefirestar is the $2.30 TAB Fixed Odds favourite, with Molly Kelly the second elect at $3.80.

“The draw hasn’t done her any favours,” Harpley said. “She has her work cut out for her from there.

“Lettucefirestar is in good form and is clearly the one to beat.

“That said, she has been work as good as she ever has this week so I expect a big run from her.”

Just like her famous relative
Late entry has potential to be sales’ topper
Relative to Great Southern Star winner on the mark...
Frisby hoping for successful 24-hour stint
About author