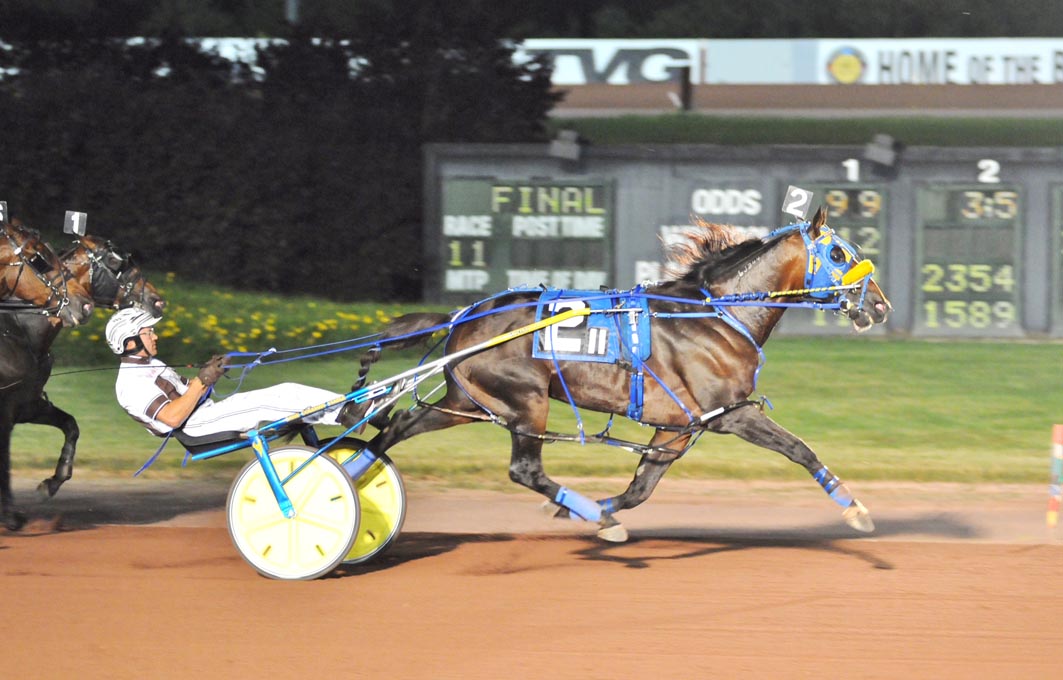 Took a near world record time to beat Lazarus

IT TOOK a near world record performance to beat sensational pacer Lazarus in the $179,000 Allerage Farms Open Pace at the Red Mile this...

IT TOOK a near world record performance to beat sensational pacer Lazarus in the $179,000 Allerage Farms Open Pace at the Red Mile this morning.

As their intriguing rivalry continues, McWicked covered the mile in a breathtaking 1:46.2 to score by a length from the former New Zealander.

Filibuster Hanover was a handy third.

Driven by Brian Sears, McWicked hit the lead along the home straight before staving off Lazaurs’ late charge to equal the ledger at two wins apiece.

The son of McArdle became the sports second fastest performer, with his time just two-tenths of a seconds outside Always B Miki’s world mark.

Always B Miki, which is standing at stud in Australia, stopped the clock in 1:46 at Red Mile in October 2016.

Trainer Bourke suspended for cobalt
Averages up in first APG Sale of 2019
Hills just love beating each other up
Preview: Melton August 12
About author