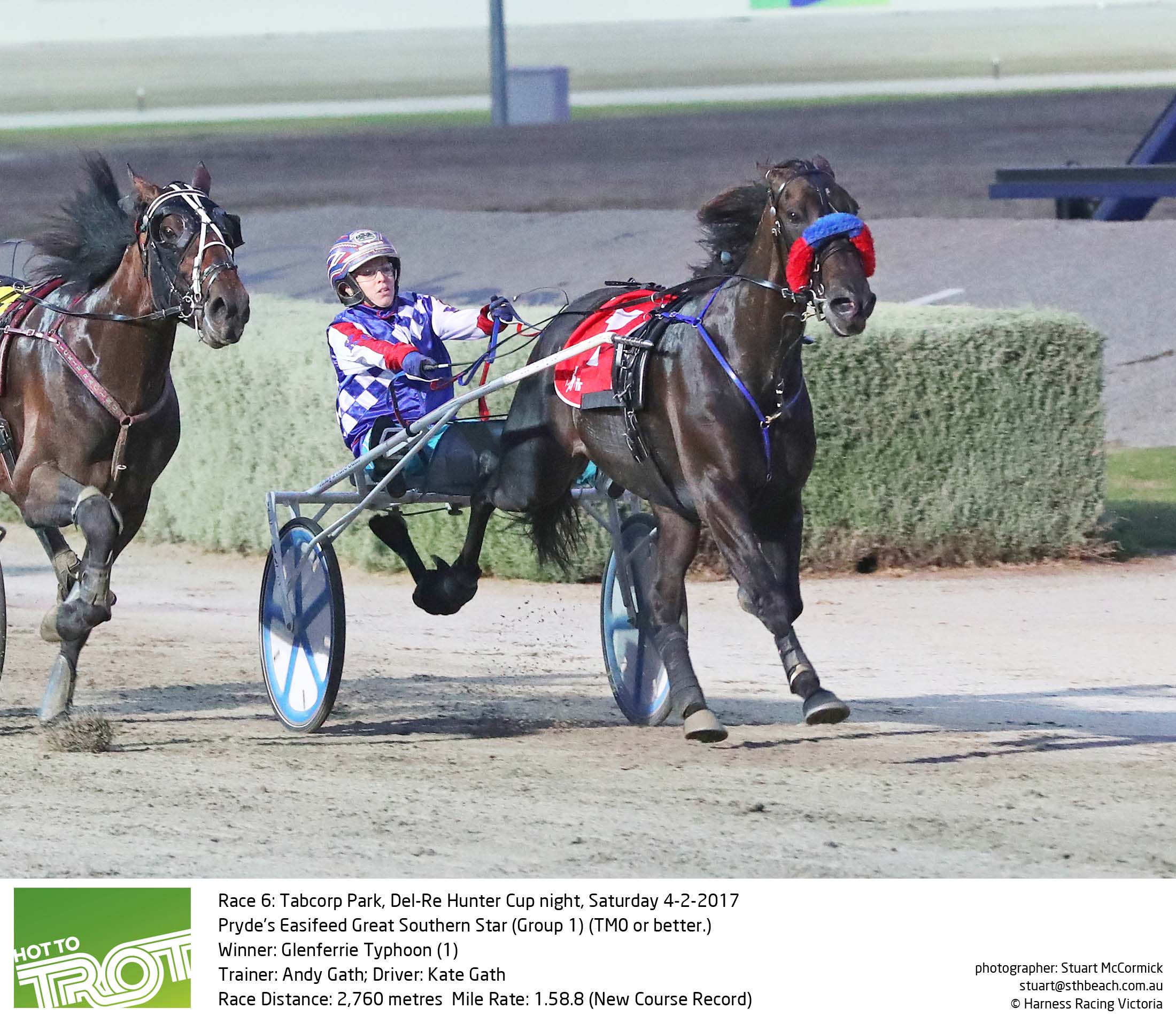 HAVING recovered from his latest round of niggling problems, top trotter Glenferrie Typhoon has another major obstacle to overcome.

Engaged at Tabcorp Park Melton on Saturday night, Glenferrie Typhoon faces a tough field in the Bill Collins Mile in what is his first run since last February.

An impressive winner of The Great Southern Star, Glenferrie Typhoon disappointed during his next outing, with scans revealing the son of Majestic Son had ‘heat’ in his legs.

As such, trainer Andy Gath was forced to spell the squaregaiter after being advised time was the best remedy for Glenferrie Typhoon’s ailments.

“There was nothing specific wrong with him, but enough to end his campaign,” Gath said. “The scans showed he had heat in his legs, with the vets saying four to six months off is the best option.

“He has never had any particular issue, but various niggles which need to be managed.”

Although tentative about entering Glenferrie Typhoon in this weekend’s Group One, Gath’s confidence was bolstered when the gelding trialled well earlier this week.

That same confidence was then dealt a blow when the eight-year-old drew barrier five.

“It has taken a bit of time for me to be happy with his gait this time in, but he has been a lot better in the last couple of weeks,” Gath said.

“I still wasn’t sure whether to race him in the Mile, so thought I’d wait to see how he trialled, and he did very well, so I pressed ahead.

“The draw makes it hard as there is a bit of speed inside him and he will probably end up doing a bit of work.”

Gath also has Clover Mac in the $50,000 feature, with the gelding drawn alongside his stablemate in six.

“He is going well, but like Glenferrie Typhoon, hasn’t drawn the best,” Gath said.

Champ is back
No need to worry
Preview: Breeder’s Crown
Is history about to be made?
About author