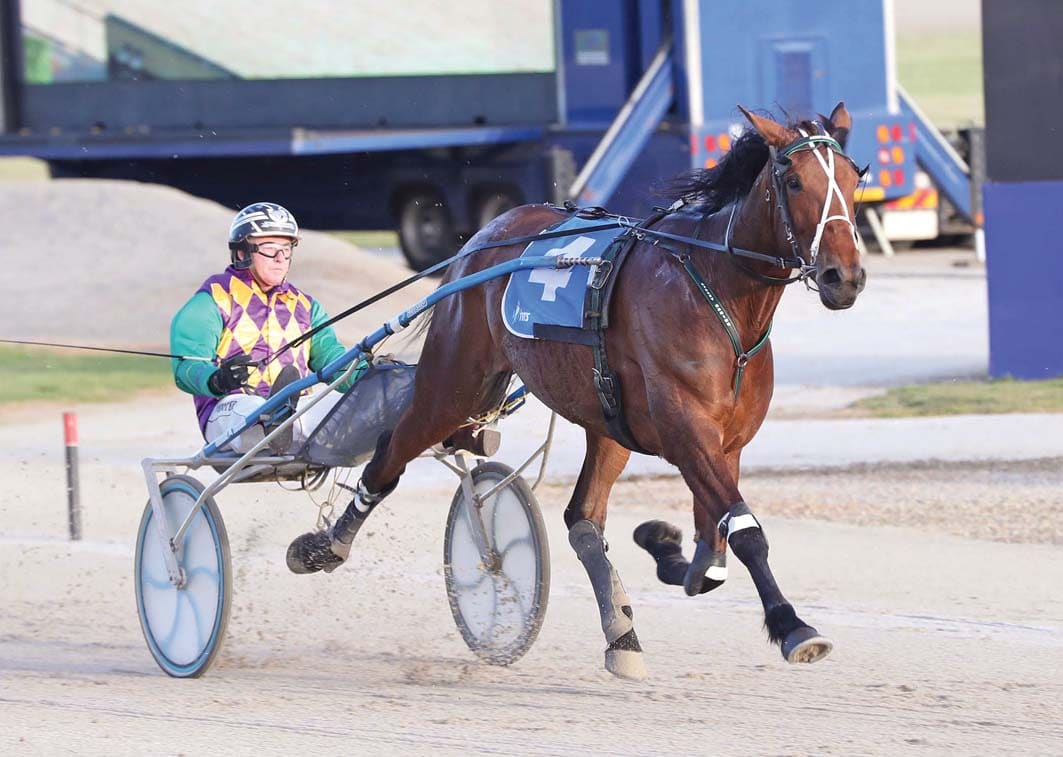 ALTHOUGH her form has been disappointing during recent starts, Maori Time is expecting to thrive as she returns to her favourite conditions at Tabcorp...

ALTHOUGH her form has been disappointing during recent starts, Maori Time is expecting to thrive as she returns to her favourite conditions at Tabcorp Park Menangle on Saturday night.

A noted short distance specialist, Maori Time is set to contest the Trotters’ Mile for trainer Victorian Brent Lilley, who is confident the daughter of Pegasus Spur is ready to return to the winners’ circle.

Maori Time began the season in style, winning her first three starts, including the Group One Bill Collins Sprint at Melton.

The mare’s five subsequent outings have been “moderate” according to Lilley.

“Maori Time has been a bit out of sorts in her last four or so starts, but I’m confident I’ve got her back on song,” Lilley said. “The mile is her go and she will enjoy the wide open spaces at Menangle.

“If she finds the pegs from barrier four and can run along, she will give them something to chase.

“Hopefully she will race at her best and run a quick time around the Menangle, which is something we’ve been wanting to do with her.”

Lilley also has Kyvalley Blur in the Group One, with the gelding drawn nine, but slots into eight with the removal of the emergency.

The son of Chocolatier has been kept fresh since his Great Southern Star triumph at Melton three weeks ago.

“He seems really good,” Lilley said. “I couldn’t be happier with him. He’s trained on well since his last start and is full of confidence.

“Maori Time likes being out in front, but he prefers to be tucked away and have one run at them, which is what we’ll be looking for, especially from that draw.”

Kash is the real hero in a ‘Gem’ of a ...
Kiwi’s perfect start to Aussie campaign
HRSA issues ultimatum to principal club
Ramping-up Victoria Cup Carnival coverage
About author