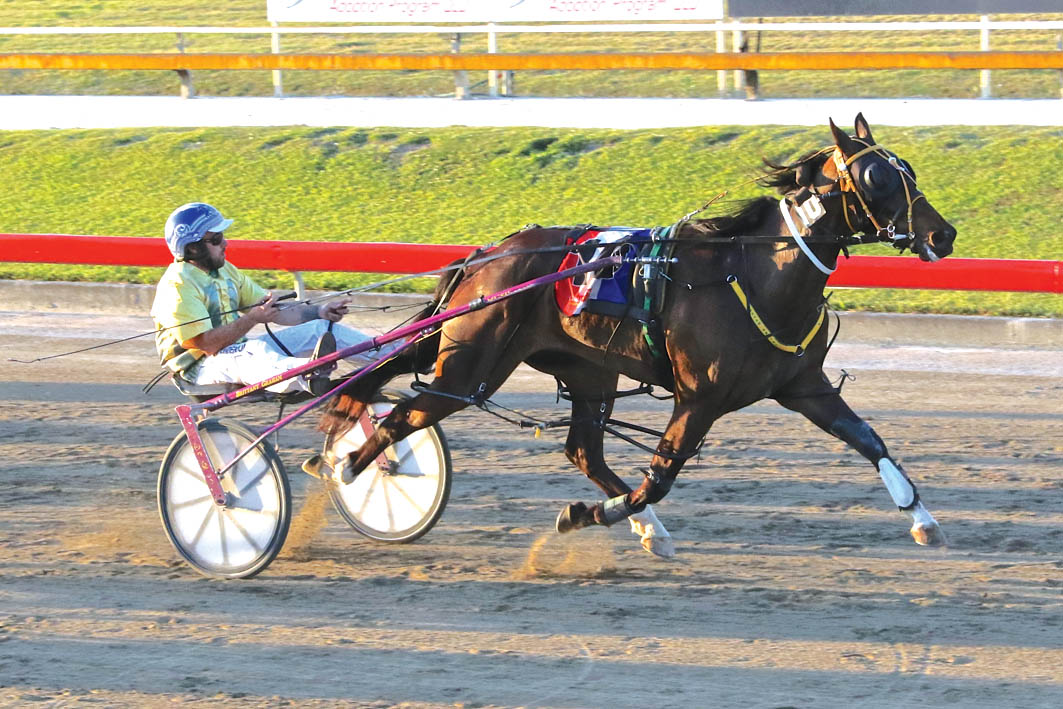 Totem continues climb to the top

A TRIP south of the border is on the cards for in-form pacer Franco Totem. Thrilled with Franco Totem’s progress – which includes completing...

A TRIP south of the border is on the cards for in-form pacer Franco Totem.

Thrilled with Franco Totem’s progress – which includes completing a hat-trick at Albion Park – trainer Darrel Graham is considering a New South Wales campaign with the gelding.

To be more specific, Graham believes Franco Totem is capable of capturing an M0 around the 1400-metre circuit.

“For now I will just run him through the grades and see how he goes,” Graham said. “If he keeps going well enough at some stage I may take him to Menangle for an M0.

“I will keep playing it by ear, but he is capable of winning a metropolitan race.”

Driven by Adam Sanderson, Franco Totem was eased away from the outside of the front row before being sent forward during the middle stages to take the lead from Vader.

“He’s going very well and can hopefully keep it going as he gets up in grade,” Graham said. “He is a nice horse without being a superstar.

“That said, he has his share of ability and can win a few more yet.”

A fractional team – that works
Happy to give ‘juniors’ their shot at ...
Plan A…then we’ll work on Plan B
Not a bad strike rate
About author