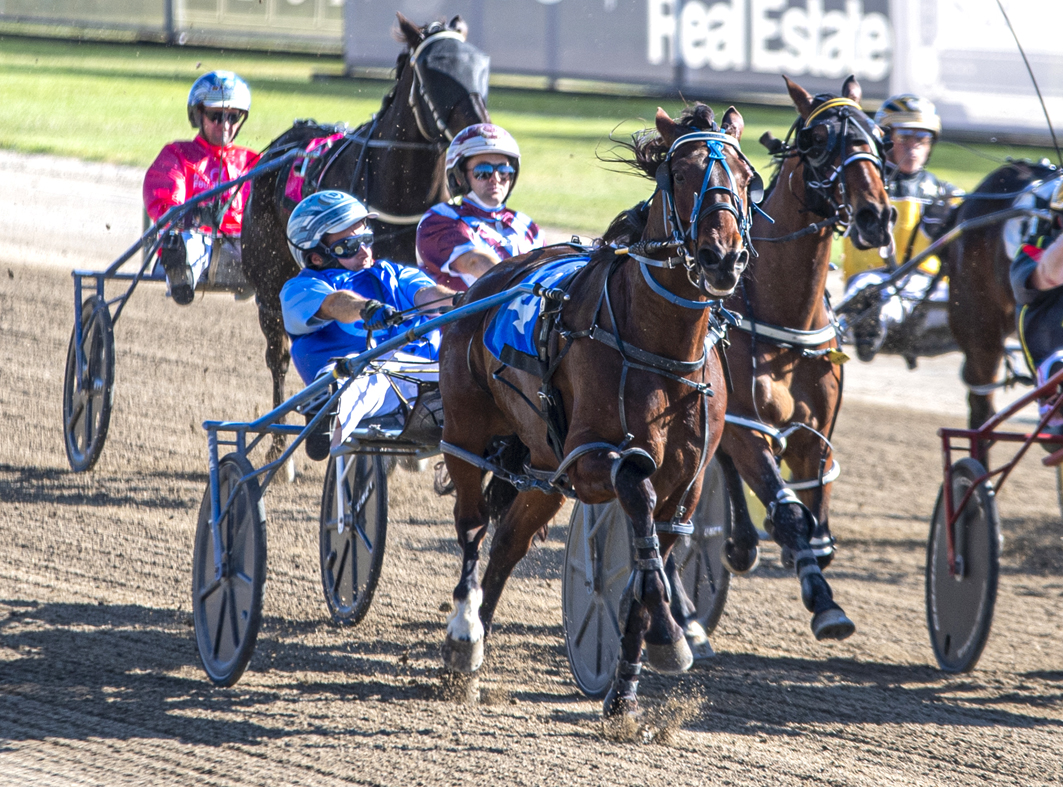 A RISE in class combined with a tough draw will hamper Flying Pegasus’ winning streak at Tabcorp Park Menangle on Saturday night.

Completing consecutive wins for only the third time in 159 starts last week, Flying Pegasus will attempt to notch his first hat-trick for trainer Ian Wilson.

According to regular driver Jim Douglass, however, the task ahead could prove beyond the gelding.

Along with the step up in grade, Flying Pegasus has drawn wide in barrier nine.

“He has been going well for a long time but is the kind of horse which needs the right run,” Douglass said.

“He’s got those right runs in his last couple of starts and it’s made the difference.

“It’s a step up in class this weekend and is going to be pretty hard.

“It is an even race with Lauren and Shane Tritton’s pair, Bohannan and Elderberry Stride, the duo to beat.”

There is a chance Flying Pegasus’ draw could change from nine to a more favourable gate four – but that presents a different problem.

The son of Tiz A Masterpiece received barrier four in the previous race as the emergency.

“He’s drawn better in what would be classed as an M0, but he is unlikely to get a start in that,” Douglass said.

“But at the same time it’s a harder race which also makes life tough for him.

“If gets a run to suit in either of those races he won’t be far away that’s for sure.

“It’ll all come down to that right run like it has his last couple of starts.”