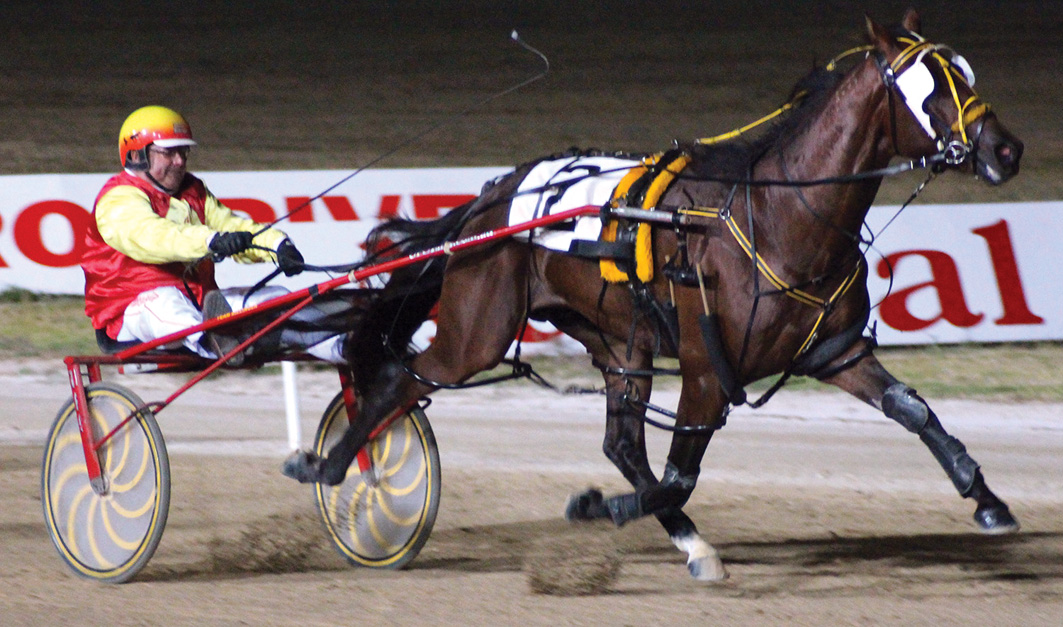 Racing in his customary consistent fashion during his previous campaign, Futurist was sent for a well-earned spell in late March following a slightly below par performance.

Pleased with the manner in which the son of Armbro Operative has been working, trainer Darren Billinger is quietly confident Futurist can complete a successful return despite his difficult assignment.

Along with a wide draw Futurist has been pitted against a rampaging Bettorhavtime.

Prepared by Heather Stevens, and to be driven by premiership leading reinsman Wayne Hill, the gelding will begin from barrier four.

“Futurist did well during his time off,” Billinger said. “He has come back fresh and happy and I’m more than pleased with him.

“He’s drawn wide in six which means he will have to be driven aggressively, which is the best way to drive him anyway.

“An even pace is always his go, so I’ll be looking to keep the pressure on.

“Bettorhavtime is low flying at the moment and is clearly the one to beat.”

With no major plans in mind for the rig, Billinger will continue to find suitable targets which could include an interstate trip.

“I haven’t got anything picked out for him,” Billinger said. “It depends on how well the open class races hold up

“I may even have a look to see what there is for him in Mildura.”

Secrets of a champion horseman
The perfect hit-out as Anntonia warms up for the f...
Mare to bow out on high note
Holly secures berth in APG Final
About author